7 Lessons To Learn From Cheryl Yeoh, The Superwoman In Malaysia’s Startup Ecosystem 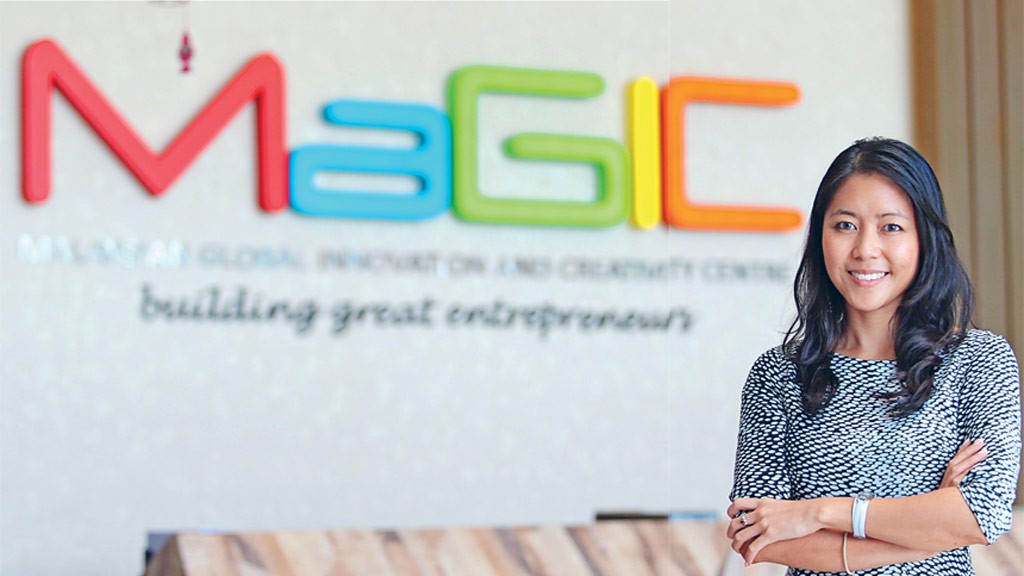 If the Malaysia startup scene is Hollywood, Cheryl would probably be Emma Watson, the young and poised female star that has never ceased to wow us. It might sound like I’m a crazy fan girl, but there is really something regal about Cheryl Yeoh—she is stunning, empowered, charismatic, a true symbol of beauty with brains.

Born and bred in Kuala Lumpur, Cheryl went to the States to study engineering under two full scholarship programs. Prior to becoming the CEO of Malaysian Global Innovation & Creativity Centre, Cheryl quit her job as a management consultant and later co-founded CityPockets, a daily deal voucher organiser and secondary marketplace; and later Reclip.It, which was acquired by Walmart Labs in 2013.

Cheryl has won numerous awards within the entrepreneurship industry. She was named “Top 44 Female Founders Every Entrepreneur Should Know” by Mashable, “Top 10 Women in Digital” by L’Oreal, and was selected as one of 10 Global Women Ambassadors to hike Mt Kilimanjaro on a charity fundraiser.

Here are the top seven inspiring lessons you can learn from the lady herself, especially if you are a budding entrepreneur.

Research shows that when an entrepreneur has poured a lot of effort into a new business, they find it hard to let go when things go south. However being a good entrepreneur is not just about being determined, they also need to be equipped with the ability to sense when it is time to walk away.

In 2010 CityPockets raised $750,000 through investment from venture firms and angle investors. However later Cheryl decided to pull the plug on CityPockets after Groupon revealed a “material weakness” in its internal controls. In an interview with The Story Exchange, she mentioned that she felt CityPockets’s future was at risk. “We realised that we didn’t want our business model to be entirely dependent on other companies’ business models and uncertainties.”

Walking away doesn’t necessary show weakness and failure, it also shows wisdom in picking your battles and the ability to discern where you should be focusing your energy and effort.

It is very unlikely to find someone who became successful right off the bat. Most people fail at their initial ventures before finding the right “fit” for them. Sometimes in order to rise higher than before, you might have to fall first.

In fact Cheryl’s first venture CityPockets could be considered in some ways a failure. “One of my naive mistakes as an entrepreneur, [was] following too much of what investors wanted us to do,” said Cheryl during an interview with Fast Company.

Nonetheless, she learnt from her mistake, re-envisioned her idea and began again. Recognising a huge community of discount coupon lovers, in 2012, Cheryl rolled out Reclip.It, which was the expanded version of CityPockets, a personalised shopping list app that helped people to save money by matching list items from top retail stores like Walmart, Macy’s, Walgreens, Target, etc., it was later acquired by Walmart Labs.

3. “Entrepreneurs by definition look at problems and solve them”

Almost every successful business is into the problem-solving equation. For instance, startups like Uber and GrabTaxi are solving an extremely critical problem for both drivers and riders. Better yet, create a startup that can solve a unique problem that others have not solved yet.

Cheryl, in an interview with Tech In Asia, said she believes firmly that the best products are inspired by a real problem, especially one that you experience every day since you would be familiar with it. “Don’t try to solve a problem that you don’t have or that is not within your domain expertise.”

In a book written by Jeff Gothelf and Josh Seiden about applying lean principles, they used Cheryl Yeoh as an example of someone who used the Lean UX approach to validate the idea that she had.

Basically what Cheryl did was she released an MVP version of CityPockets that only featured a front end, and she assigned an email address to each user who signed up. She then asked the users to forward all their coupon emails to that address and manually entered every coupon into a database. She kept track of the number of emails she received a day from her users and set a target of 500 emails a day to determine if there is really such a need for the service.

It might be time consuming using this approach, but it saved her cost because she could first be confident of her idea before investing money into building the back-end and design.

5. Don’t be afraid to fail, be brave to start

Cheryl had won a scholarship to study science and engineering at Cornell University. After graduating, Cheryl worked as a management consultant in New York. Following that, she tendered her resignation and took that big leap to start her own tech venture.

Cheryl shared on her blog regarding her not-so-glamourous life prior to starting CityPockets. She had to sleep on couches for a month, then she decided to buy a $50 futon from Craigslist. For 2 ½ months, she was on a shoestring budget living on a strict food budget of $35 per week.

“I would get really depressed about my living conditions and felt like running away or giving up. But I didn’t. I kept telling myself to be strong and that someday, this will all be worth it,” Cheryl wrote on her blog.

6. Don’t spend all your health, in search of wealth

Cheryl is quite a health enthusiast. This stunning woman entrepreneur has always been a very active person. During an interview with Health Works, she shared that she enjoys high intensity workouts like kickboxing and sparring. Despite her busy schedule, she tries to meditate for 10 minutes every other night.

When Cheryl was asked to give health advice to fellow entrepreneurs, she had this to say, “I think it’s perfectly fine when we’re just starting out to sacrifice certain aspects of our health. However, at a certain point, we should be aware that neglecting our health becomes detrimental to everything that we’ve just worked so hard for. Ultimately, all the success we gain is useless if we don’t have our health to enjoy it, or good people around us to enjoy it with.”

7. Give back to your community and help others along the way

Cheryl has gone on to become a mentor for a number of startups around the globe. Passionate about building great entrepreneurs, she was appointed to become the first CEO of MaGIC in April 2014. Doing what she knows best, Cheryl offers mentorship to budding entrepreneurs, sharing her experiences at the at the Founder Institute, the Lean Startup Machine Weekend, MaGIC Accelerator Program, as well as various other platforms and talks.

Cheryl was quoted in The Star Online saying that she came back from the States to Malaysia to build the startup ecosystem and give back to the country. “I received an email from the Lester Knight Scholarship and Rolband Fellowship Fund which funded my Masters in Engineering at Cornell University in New York. The founder asked former recipients to chip in, and I ended up contributing because without it, I’d never be where I am today.”

Also Read
My One Concern About Ride-Sharing Services, And What’s Being Done About It
Categories: Lifestyle, Opinions, Luminary, Entrepreneur, M'sianspiration, Malaysian, Editor's Picks