150k M’sians Still Live In Darkness, Here’s How You Can Light Up 2 Villages This X’mas 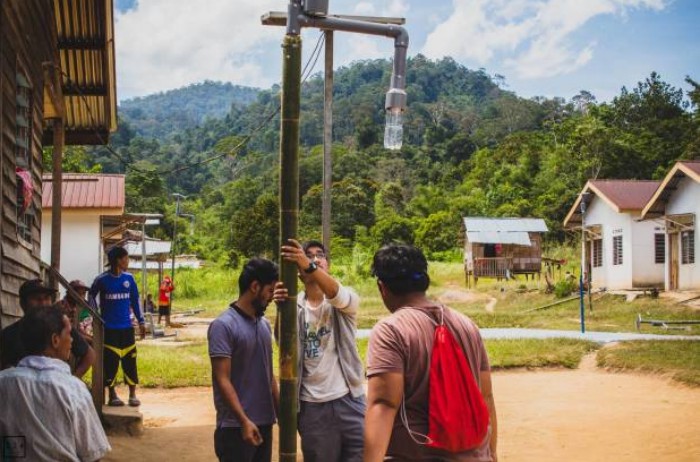 The sound of merriment fills the air this time of the year, and everyone is enjoying the sense of nostalgia as they recap everything they have been through for the year. Most would opt for a little time off to travel and see the world. Certainly, it is one of life’s greatest joys to see what lies beneath our green pastures of home.

However, there are the times when we need to take stock of everything we have the privilege to own, and realise that we do have it so much better than some of our neighbours in the rural districts. The World Bank’s rural population data for Malaysia in the recent years has been in the 7 million people marker. With over 31 million people populating our country, that is more than 20% of Malaysians who are still living in conditions worse off than the city folks.

As of now, there are approximately 150,000 people still living without access to electricity, and having no street light or lamps to light up their streets, villages, and homes. Hence, in the season of giving, The Liter of Light Foundation has partnered with Incitement to bring forth a project meant to give light to 2 villages in our country.

Light, Where There Is None

The Liter of Light Foundation is a global NGO providing sustainable and affordable ways to give rural communities light at night. Incitement, on the other hand, is a global movement promoting volunteerism and leaving a social impact amongst the youth.

Together they will hold a campaign during the 2 weekends between Thanksgiving and Christmas to ‘light up’ 2 villages in Pahang. The first village project will see volunteers embarking on their journey on the 5th and 6th of December, whilst the second batch will head to another village in the same area, during 12th and 13th of December.

This project is not foreign to them as they have done this before multiple of times, gaining much success. In fact, they are still reeling from the joy of their past project this year in June. With their efforts, they have managed to install 210 lights in 4 villages, as well as received a participation of a whopping 481 volunteers.

This time around, the team are hoping to make an impact once again. First up, they will be organising a free Incitement event which is open to the public. During the event, renowned speakers, both local and international will share their stories and attendees can then sign up as volunteers.

Once accepted to become a volunteer, the first Saturday will be attributed to ‘The Build’ whereby volunteers will gather at Makespace, Quill City Mall, to build and assemble solar powered lights. This is just a taste of what is next to come when they head to the actual village itself.

The following day would be ‘The Installation’ whereby the team will drive up to Cameron Highlands, Pahang, and plant the lights into the ground alongside the fellow villagers. It is then when the young volunteers will be able to experience the beauty of watching how their efforts are able to light a village in the dark.

A Season Of Giving

The campaign this time around aims to provide 1,250 underprivileged people with access to basic needs, as well as allowing 200 student volunteers to participate and engage in a meaningful project. With this, children will be able to study during the night and this will then provide them with better education opportunities in the future. In practical sense, the environment in the village would also be safer to live in.

Illac Diaz, the founder of Liter of Light shared his story of how he is able to understand the predicament of these villagers. He said, “I come from a country with lots of disasters and we see the misery of people where overnight, they lose everything. Then you start thinking to yourself what kind of innovation can I do to help.”

He continued, “This might be something that will be able to make maybe a revolution one day. Never turn your back from things that bother you, especially if you think that you can solve them, because just like today, it might make a difference for somebody’s life and one of them might come out of poverty and might remember what we did and they themselves will pay it forward.”

Indeed, kindness is a chain of events which follows and as the famous adage goes, “Even the smallest act of caring for another person is like a drop of water, it will make ripples throughout the entire pond.” For those who are not able to physically make the trip, they could still aid the campaign, be it in the form of donation or just by sharing it out on social media, because every little bit counts.