How One Spontaneous Afterparty Became A Monthly Startup & Corporate Hub 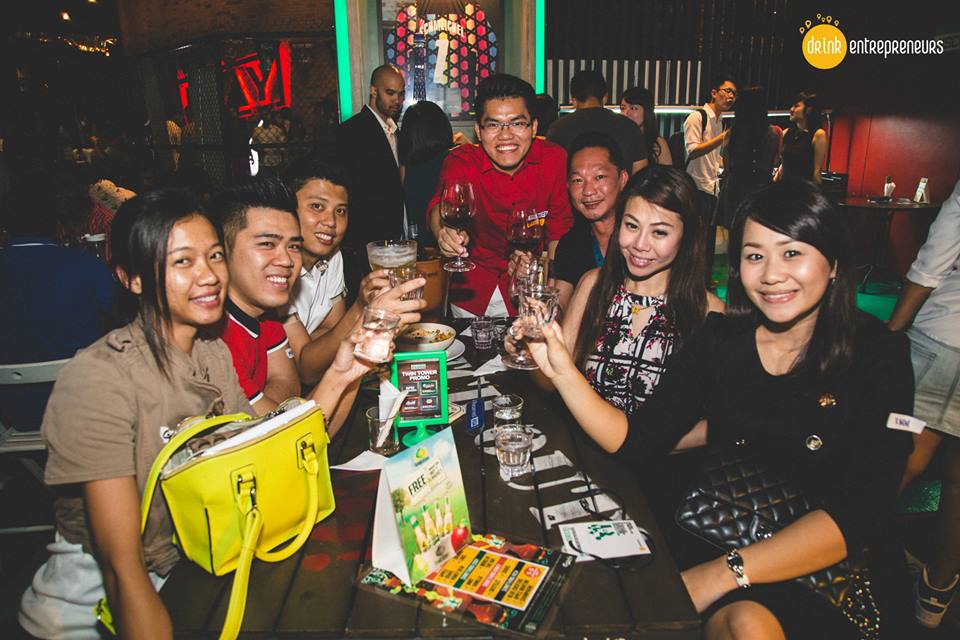 It all came to be after Lingesh Thayala attended a startup conference called Global Startup Youth. It was a conference that brought together over 500 of the brightest minds together from over a 100 countries to Malaysia for a week.

At the end of each laborious day, many of the participants ended up heading over to different bars and clubs in their own cliques as there wasn’t a planned after party. Frustrated by the fact that many people were missing out on a golden opportunity to network and to meet new and interesting people, Lingesh took matters into his own hands and organised an after party for the crowd on the third day.

He went to a local bar near the hotel and informed them that he would return after dinner with a company of about 70 to 100 people. Armed with this plan, he walked up to the stage, grabbed the mic courageously and passionately reminded the crowd that they were missing out an opportunity to connect with one another and he invited them to party with him at the local bar.

The After-Effect Of A Spontaneous Afterparty

Even though, he was only expecting 70 people, over 300 people turned up to the after party and it was there he met the founder of Drinkentrepreneurs, all the way from France.

Drinkentrepreneurs is a laid back monthly event where entrepreneurs and budding entrepreneurs come together to meet and have a great time. After all, those who’ve experienced the events know that “It all starts here over a drink!”

Drinkentrepreneurs started off in France as an alternative to extremely formal networking or startup events that often intimidates many. Drinkentrepreneurs on the other hand, provides a laid back atmosphere that connects people from all walks of life and helps them forge empowering business deals over a drink. And since its inception, the drinkentrepreneur fever has spread like wild fire to over 50 cities, worldwide.

Although Lingesh was actively working in a corporate position as an auditor at Ernst & Young for the past 3 years, he always wanted to explore the option of embarking on his own venture. He said, “Every time I wanted to try and pursue an idea, it was a real challenge to juggle my full-time position and my passion for startups.”

However, after meeting the founder of Drinkentrepreneurs, he thought about how exciting it would be to host an event every month and to get in touch with the Malaysian startup community by doing what he knows to do best—bringing people together.

After giving it some thought, he quickly jumped on the opportunity and founded the KL chapter of Drinkentrepreneurs back in November 2013. Most of Drinkentrepreneurs KL’s monthly events have a theme that’s based on different industries. For example, they might organise an event with a theme that focuses on food startups, while the following one might focus on health related startups.

Speaking about the nature of Drinkentpreneurs KL’s events, Lingesh said, “We aim to bring startups, SMEs and large corporations related to that industry together for that month, so that they can advertise their products and educate the crowd in a very informal setting about their industry.” He also added, “Our guests love it as they keep learning something new every month.”

Drinkentrepreneurs is essentially the haven for both seasoned and budding entrepreneurs as it provides them with an avenue to discuss their ideas, refine them and to pursue them together (if need be).

On the other hand, they also want to bridge the gap between both the corporate world and the startup world. He feels that many people that work in corporate positions want to escape the confines of their cubicles to pursue their own startup, however, they might not do so because they lack the knowledge.

Since they began, Drinkentrepreneurs expanded quickly to Johor Baru after operating in KL for only 7 months and they expanded to Penang, soon after. A year in, Lingesh roped in two of his friends, Ganesh Mahendranathan and Kevin Erazon to help run the show.

Lingesh first met Ganesh back in 2008 during a student leadership summit and noticed that he is an amazing connector who loves bringing people together. Kevin, on the other hand, is Lingesh’s college mate who is armed with great analytic capability and a curiosity of anything new he has never come across before—which is the perfect trait to have in the startup world. The partnership that Lingesh has with both of them has helped him to run the Drinkentrepreneur KL series successfully.

Lingesh also took up the initiative to expand Drinkentrepreneurs to Bangladesh by partnering with one of his friends. However, the locals refer to Drinkentrepreneurs Bangladesh as “coffee & tea entrepreneurs” and they host their events at cafés instead. He said, “This is certainly a possibility for Malaysia, and we can consider it if there’s a sufficient demand for it.”

If you love to meet new people and if you have a passion to make things happen, you’ll be glad to know that Drinkentrepreneurs will be celebrating their 2nd year anniversary and they will be hosting an event at the Signature at The Roof on the 26th of November. It’s going to be a fun filled evening where you get to meet a diverse group of people from a variety of industries and backgrounds.

Drinkentrepreneurs KL will also be uniting different partners from the startup community to make this upcoming event one where ideas continue to flourish. They will be working together with several partners such as Infinite ventures, a venture capital firm that will look to help fund promising startups; The Co., a co-working space that caters to startup founders; Bespoke, an exclusive membership for influential millennials; and more.

Lingesh said, “We also choose our partners mainly on the basis of those who engage communities. Our aim is to bring different communities together. After all we are doing the same thing so there’s no point in dividing the community.”

Drinkentrepreneurs have also reached out to Vulcan Post to be their partners for this celebration and we will be there to support their efforts of bringing the startup community together—come and say hi if you see us!