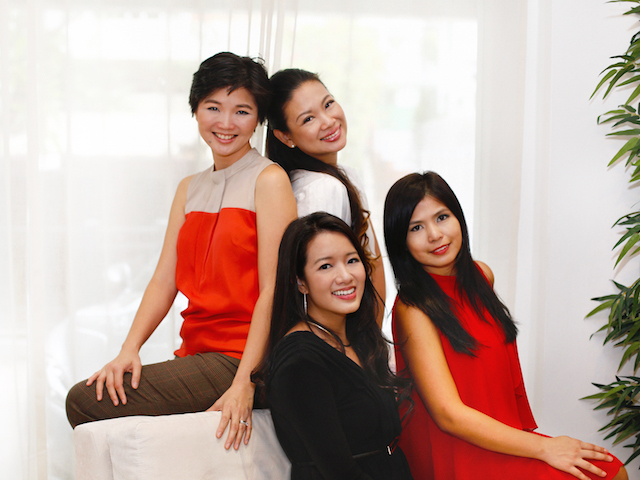 One thing is becoming exceedingly clear in Singapore’s startup scene — you don’t mess with a female entrepreneur.

Today, a Singapore-based incubator targeted at women, CRIB (Creating Responsible and Innovative Businesses), launched its CRIB Women for Women Exhibition at Gardens by the Bay, honouring the icons and pioneering spirit of Singapore’s female entrepreneurs as part of the SG50 celebrations.

To mark the launch of the exhibition, a group of female entrepreneurs gathered to celebrate this entrepreneurial spirit. In attendance were members of their board of mentors, including but not limited to Sharon Wong of MothersWorld, Priscilla Shunmugam of Ong Shunmugam, Sabrina Tan of Skin Inc, and Minister for Culture, Community and Youth, Grace Fu, who is also the Board’s Advisor.

The non-profit social enterprise was founded in September 2014, and celebrated their soft launch in January this year.

The spirit behind the founding of CRIB, according to co-founder Tjin Lee — she is also the founder and CEO of the award-winning Mercury Group and the founder and festival director of the Singapore Fashion Week — is to empower women through entrepreneurship.

As an entrepreneur, she understands the struggles that women often experience when they begin a new endeavour, and along with her fellow co-founders Dr Elaine Kim, Mei Chee, and Marilyn Lum, they started CRIB to support and encourage other women to create successful, responsible, and innovative businesses while achieving the elusive goal of a fulfilling work-life balance.

“Our goal is to empower women through entrepreneurship and to let people know that they’re not alone in this journey,” said Lee. “A lot of women sometimes say, “What if I fail?” and that seems to be the main reason to not start at all. At CRIB we wanted to create a community to let people know that it’s okay to not know and to be nervous when we take that first step, because that knot in your belly, that fear is part of what it’s all about.”

At the heart of this non-profit is CRIB’s ABC Entrepreneur Profile matching tool, which helps identify an individual’s entrepreneurial strengths as A (Angel Investors), B (Businesses Managers), and C (Creatives). Their co-founding matching programme then helps pair potential business ideas and partners together, and if a match is found, the board of mentors will help advise and train them to pitch to Angel Investors in their CRIB Angel’s Club.

This framework of fostering new businesses from idea to their first round of funding is crucial to CRIB’s vision — according to Dr Elaine Kim, female entrepreneurs only get 64% of seed funding that men do.

“We see that at play, especially when we’re clearly pregnant,” said Kim, who is a doctor in palliative care, a serial entrepreneur, freelance travel journalist, and a mother of two. “I think me, Tjin, Mei, as well as countless of CRIB members, and mentors and advisors are proof that you can prioritise family and still be extremely driven and run a successful business.”

Minister Fu, who gave a short speech at the event, shared that it took all of 5 minutes of meeting with CRIB’s founders to convince her that this was an organisation that she wanted to back.

“They’re very successful in their own right, and I’m sure there are a thousand and one things that they can do with their time and resources,” said Minister Fu. “But they’ve decided to come together to start something for women, a non-profit social enterprise no least, with a belief that because having gone through that process and really enjoying entrepreneurship, enjoying that flexibility that being your own boss offers plus the challenges, but also understanding how women are juggling family and businesses. And they see that they in a startup has its advantages.”

Since they launched, they have gathered 230 members, and have successfully selected four businesses to pitch in CRIB’s Match Pitch Perfect programme to CRIB Angels, two of which have closed their funding with almost half a million dollars raised.

The formation of CRIB is one that should not be taken lightly — the organisation is adamant at making a mark in Singapore’s startup scene, and with their very impressive panel of mentors, it’s difficult to doubt their abilities. It’s often easy to think of the startup scene as a male-dominated industry, but as Kim says, the female entrepreneurs that are involved in CRIB are proof that you should not take female entrepreneurs lightly.

With entrepreneurs responsible for brands like 77th street, Banyan Tree, Bengawan Solo, Motherswork, Ong Shunmugam, Shermay’s Cooking School, Soon Lee, Skin Inc, and many more, along with notable VCs like Ernestine Fu, one of the youngest female VCs in Silicon Valley, they are a force to be reckoned with.

We’ll refrain from quoting any Beyonce songs, but you get the message.

The CRIB Women For Women Exhibition is expected to rove around Singapore from January onwards, including venues like Singapore Management University and Ngee Ann Polytechnic.