Singaporeans Divided: How A Countdown Concert With Adam Lambert Split A Nation 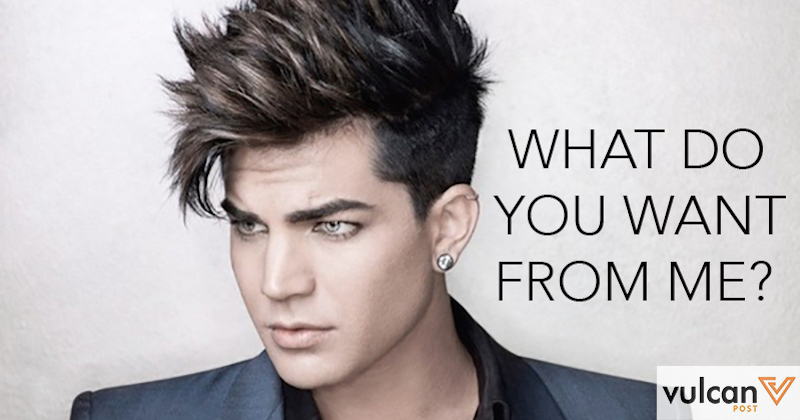 Who knew a concert could divide Singaporeans to this extent? If you haven’t heard, as of 12.30pm, over 12,000 Singaporeans have signed a petition calling on Mediacorp to drop American pop star Adam Lambert from its new year countdown concert.

And in a classic tit-for-tat move, a counter-petition was launched Thursday night to “denounce and condemn the obvious sexual orientation discrimination demonstrated by the other petition”. The move has definitely gained traction — the counter-petition has garnered over 7,500 signatures, and has been shared widely on social media.

Titled “We want Adam Lambert performing in Countdown 2016”, the counter-petition is addressed solely to event organisers and aims to collect 50,000 signatures to “to demonstrate to the whole world that Singapore is a country that shuns discrimination and promotes diverse inclusive points of view”.

The earlier petition had stated that Lambert’s support of LGBT rights and a sexualised lifestyle are “contrary to mainstream Singapore values”. Many have perceived this as an overt attack on the LGBT community, including the Association of Women for Action and Research (Aware), which described the petition as “exclusionary” and “unnecessary”.

Yet another wave of anti-LGBT activism https://t.co/lDHUuYqPkF This is so exclusionary and, even by the petitioners' standards, unnecessary

The counter-petition has gained support from some local personalities, such as comedian Hossan Leong and singer-songwriter Nat Ho.

I just signed this petition. We WANT @AdamLambert performing in Countdown 2016. #LoveWins https://t.co/3xWpmdzjbe via @ipetitions

At the same time, those staunchly against Lambert’s appearance don’t seem to be backing down. Some tried to explain their stance on social media, including on the Facebook group, We Are Against Pink Dot in Singapore.

But the true winner of this whole debacle seems to be satirical site New Nation. Amid the cacophony of voices, the site published a list of 17 pro-gay brands Singaporeans against LGBT rights should avoid — Google, Coca-Cola and KFC, among others — should they truly want to boycott the movement.

This is not the first time conservative groups in Singapore have spoken out against Lambert. In 2013, the National Council of Churches in Singapore received a complaint against Lambert’s concert at The Star Vista, based on concerns that the singer might promote “the gay lifestyle” at a church-owned venue.

It seems like little has changed since then, and the anti-LGBT movement has gotten more aggressive in its boycott of Lambert. Calling for a performer to be dropped on the basis of his sexual orientation is a clear-cut example of discrimination, and highlights the need for greater discourse on ensuring equal opportunities for the LGBT community. Perhaps this episode, as frustrating as it may be, can contribute to this important conversation.