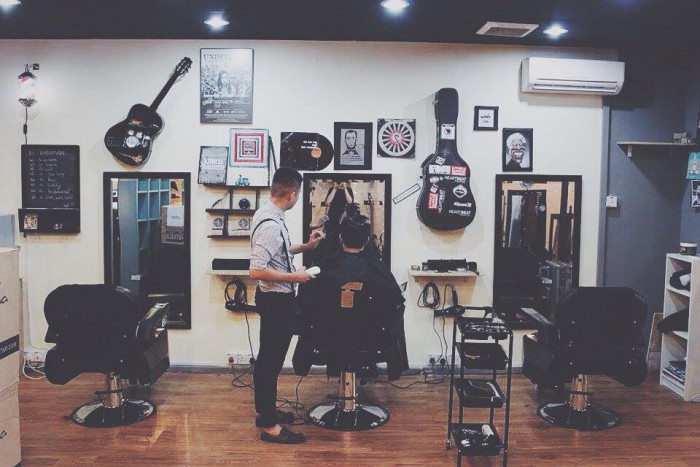 Imagine heading to the barbershop one fine day and upon receiving a swanky new haircut, you find out that you need not pay a single cent for the service, because it has already been paid for. That was the exact situation which recently occurred at Amplitude Barbershop, USJ 9, when one gentleman decided to pay it forward towards another’s haircut service.

These days, acts of generosity are common and every other day, someone does one good deed and they instantly becomes Facebook-famous. However, the kind gentleman who offered to pay it forward towards the next customer’s haircut did something out of the ordinary. Instead of one single act of generosity, he made it a fourfold act of kindness instead. This was because instead of paying for just one client, he paid for four.

Founder of Amplitude Barbershop, Lex Low, shared that a friend of his had come over for a haircut the previous week. The gentleman who wishes to remain anonymous, is in fact a social activist leader for an NGO, and he had a great time having a haircut at the store, seeing since it was his very first time.

It was not too far-fetched to believe that the customer had an enjoyable time as Amplitude Barbershop is in fact a barbershop in a music store. The barbers emphasise a lot on their customers’ service and experience, and part of their vision is to utilise their skills to help the underprivileged.

As such, the customer had enjoyed the vibe, atmosphere and service that he had received at Amplitude Barbershop and decided to pay the experience forward. “He paid us RM100 for our next 4 haircuts. So our next 4 clients gets free haircut. When we told our 4 clients that their haircut was paid off, their facial expressions were of surprise,” Lex shared with Vulcan Post.

Indeed, through the image which has been circulating on social media, it showed 3 gentlemen with happy smiles, whilst showcasing their brand new haircuts. The reason why the fourth gentleman was not pictured was because the team were actually so excited that they had forgotten to snap the photo of their final client.

Nonetheless, this act of kindness does not come by without having the recipients to exercise some form of gratitude. The gentleman who had paid for the haircuts did not require a thank you from them. He just asked for them to thank him in the form of paying it forward. “When I asked why he wants to do it, he said he just wants to make people’s day for a change,” Lex said.

What better way to make someone’s day than to tell them that they could receive something for free of charge? The gentleman is certainly reaping the fruits from the seeds that he has sown, judging from the happy smiles of the recipients.