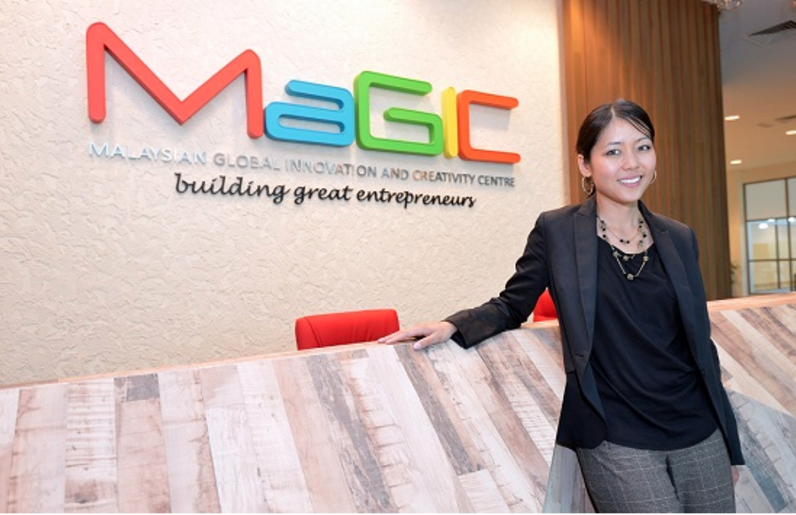 Cheryl Yeoh the CEO of Malaysian Global Innovation & Creativity Center (MaGIC) recently released a statement stating that she will be stepping down from her position at MaGIC after working there for a period of one year and nine months. According to her official statement, she reached her decision mutually with the Ministry of Finance and her contract will officially come to an end on Jan 14 2016.

MaGIC was first conceived at the 4th Global Entrepreneurship Summit (GES 2013) in Kuala Lumpur in 2013, and Prime Minister Najib Razak later proposed it in his annual Budget speech in the same year.

Soon after, it was officially launched in April 2014 as part of US President Barack Obama’s first visit to Malaysia, and Cheryl Yeoh was appointed CEO. MaGIC was positioned to be an independent one-stop center for all kinds of entrepreneurs regardless of whether they were from tech, service industry, agro-based products, logistics, etc.

Under her leadership, within a short span of time Cheryl was able to put Malaysia on the startup world map.  Coming from a Silicon Valley influenced background, she successfully launched the e@Stanford programme and the MaGIC Accelerator Programme (MAP).

Through the e@Stanford programme, 57 entrepreneurs got the opportunity to participate in an immersive two-week programme at Standford University and Silicon Valley. MAP on the other hand was home to 52 startups from the ASEAN region and it was pivotal in turning Malaysia into a regional startup hub.

MAP also paved a way for both tech startups and social enterprises to both work and learn under the same roof so as to create a better synergy and partnership for both startup tracks.

Also, she played a pivotal role in fostering a strategic alliance with Silicon Valley’s 500 Startups that proved valuable for MaGIC.

Given that these are her last days at MaGIC she will be clearing a lot of her annual leave before her last day of service. She also mentioned in her statement that she would take a 2-6 month sabbatical to recharge, travel and focus on personal growth as well as to spend time with close friends and family.

Currently MaGIC has enlisted a headhunting agency to find a replacement to fill the position. She won’t be partaking in the selection process of the new CEO but she believes the chairman and her board of directors will make the right pick.

However she said in her statement, “I hope the new CEO will also continue to build on the company culture we have, because MaGIC’s success is built on the fact that our team operates in an environment that lets them be at their full potential.”