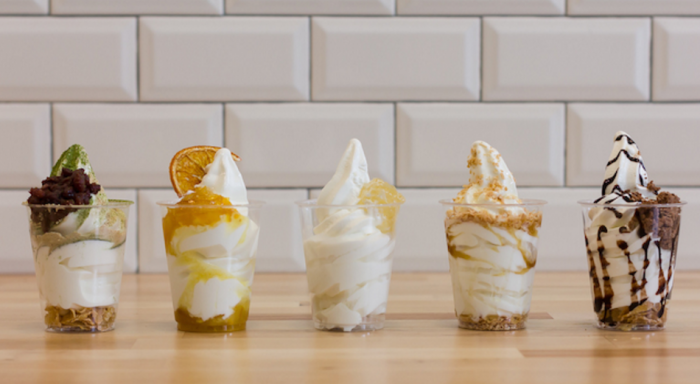 Soft serve is another way of enjoying the delectable ice cream dessert that is timeless and hits the spot every single time. Malaysia is known for its unpredictable weather and for days that are unbearably hot, soft serve ice creams are the perfect antidote. It is essentially a softer version to the regular ice cream and is made by introducing air during the freezing process.

Soft serve could be the healthier version to the dessert as it is lower in milk fat, but the plus is that it also tastes creamier, smoother and lighter than ice cream. If these points are not enough to tempt, the mere sight of the numerous soft serve parlours in Malaysia is enough to entice even those who have yet to try it. Here are 12 places which offers soft serve ice cream in the Klang Valley region.

Softsrve is a place which serves its namesake and is a place which prides itself for the unusual flavours which they offer. This includes 6 variations of soft serve. There is the Thai Boba (RM13) which is perfect for the Thai Tea enthusiast, Sunflower (RM12), which comes with caramelised sunflower seeds and Truffles (RM12) for the chocolate lover.

Then, there’s the Honey Chips (RM10) for the chips fanatic, Fluffy (RM10), a cotton candy soft serve, and Breakfast (RM12), which actually comes with cereal, making it the perfect morning snack.

P.S. Tokyo is a fairly new soft serve place but they are notable due to their 2 signature soft serves, which is the Matcha and Hojicha soft serve, where the mini cups retail for RM6.90, and the original size retails for RM9.90.

What’s different about P.S. Tokyo is that on top of having delicious soft serves, patrons can also print their own selfies through the Instagram print counter when they hashtag their pictures with #pstokyo.

Every Sundae is a soft serve platform which offers Cielo Dolci soft gelato swirls. Each soft serve comes with a base, soft gelato and optional toppings and sauces.

Not necessarily a treat for Sunday afternoons, walking into an Every Sundae store and choosing a soft serve is ultra easy. This is due to the 4-step picture menu which guides customers to choose from flavours inclusive of raspberry cinnamon sorbetto (RM9) and salted caramel (RM9).

Milkcow is a franchise from South Korea, which was brought into Malaysia and prides itself for the ingredients which are sourced from organic farms. One of the must-try soft serve dessert is the ‘Milky Cube’ which comes with a honeycomb topping alongside the original flavoured soft serve ice cream. This retails for RM13.

Other popular flavours are the Cookie & Cream (RM11) as well as the Macao Dream (RM11), which comes with a macaron.

Bean Reserve serves more than just soft serve, as it is a full-fledged café. However, soft serves are also available here in flavours such Softserve Affogato (RM15), as well as a Cereal Milk soft serve (RM8 for a mini cup).

As they said in in their Instagram page, “Who would have the heart to turn down a smooth, creamy and cool soft serve ice cream?”

Cute café names are indeed a plus but that is truly nothing if they don’t have delicious treats to show for. Polar Bear Softcreme Parlour takes soft serve to the next level by even pairing it with another favourite Parisian dessert, which is the macaron.

The soft serves here also come with no artificial colouring so the colours of your dessert are 100% natural and delicious too.

Nana’s Green Tea is every green tea enthusiast’s haven, and being one myself, I know some of the perfect treats which comes with soft serve ice cream, and these would be good choices even for non-green tea lovers.

The Matcha Slushie is a green tea drink which is topped with softserve vanilla ice cream (RM12.80). Other options are the Kuri Shiratama Soft Cream Latte (RM13.80) and the Matcha Nama Chocolate Parfait (RM23.10).

Jipangi is the soft serve which is available in J-shaped cones which have gained popularity as of late. The cone is served with flavours of either vanilla or chocolate and retails for RM7. If both flavours are selected, it will cost RM9. Best part is, it would be the perfect treat to break into two to share.

The name of this café reminds me of an inviting home decked in bright lights, and this is exactly what the interior of Red Kettle is, what with light bulbs adorning the ceiling. Comfy atmosphere aside, Red Kettle offers the regular café fare, but a must try here is the vanilla soft serve ice cream which comes in a crunchy cone (RM3.80).

D’Lee Deli is a good option for those looking to have a meal to fill their tummies, before indulging in a soft serve dessert. The soft serve ice cream is served alongside waffles, making the treat extra special and filling as well. The soft serve choices are vanilla or chocolate and the bill comes up to RM15 per plate (with waffles).

HoneyTree finds its origins all the way to Gangnam, South Korea, but soft serve enthusiasts need not look far to satisfy their cravings as the Malaysian outlet opened in 2015. What makes HoneyTree different is that their soft serve ice creams are organic, so their desserts get a healthy tick of approval.

Of all the soft serve selections, a classic favourite which tempts the young and old without fail each time is the treat found in this furniture store. The IKEA vanilla soft serve is only RM0.80 (we thought it was RM1 but a little birdie—Elizabeth Loi from the comments section—told us it’s actually 80 sens and we’re elated), but is so good, some even go for seconds, and it easy to see why, seeing since it is friendly on the pocket (and on the tummy as well).

Also Read
These 12 Cafés In Klang Valley Are The Perfect Places To Makan By 8.30am
Categories: Products, Lifestyle, Opinions, Entertainment, Malaysian