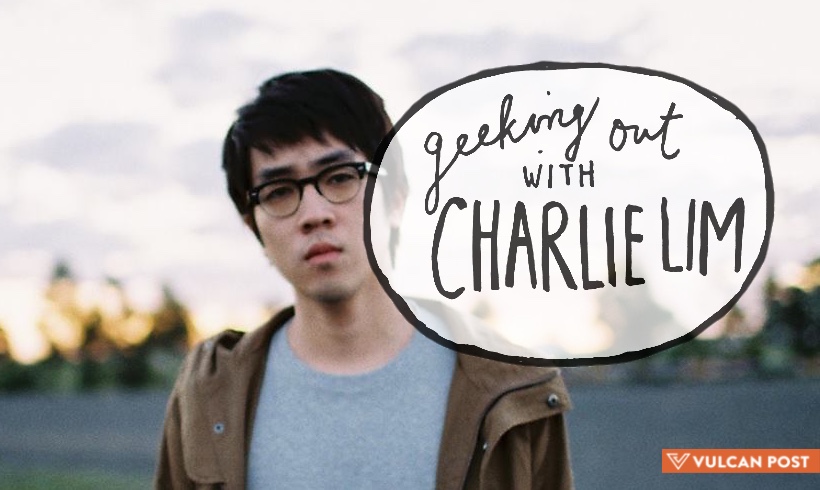 Charlie Lim is a busy man. His latest album, titled Time/Space, is perhaps most apropos: he’ll be in Kuala Lumpur some days, playing a show with Malaysian indie darling Liyana Fizi, while on others, you can find him in a desert in Victoria, Australia — his home besides Singapore, and also where he went to school — shooting a music video.

In the night time, you’ll find this singer-songwriter playing Counter-Strike: Global Offensive, while on work days, he takes on the role of Operations Manager at Bandwagon, a local music startup that lists gigs around town and is a significant source of music editorial in the country.

His dedication to his craft is bar none — he may have his busy days, but when it comes to writing music, that’s when you hardly see him. There’s always a sense of nervousness when putting out something new and Charlie knows this, taking his time to assemble his recent album. His music — an intricate mix of moody and pensive — may seem very personal, but is something you realise that you, the passive listener, can relate too.

Besides turning in a stellar album, there was also some accompaniment in the form of video. For the single “I Only Tell The Truth”, Charlie decided to rent a decommissioned jumbo jet plane in Australia. “I’ve had to drown a couple of times, and run around the dessert a lot,” Charlie jokes at the launch of his video. Thing is, he’s not really lying and although shooting the video seemed like an arduous process (and frightfully cold), it’s a really quite the masterpiece.

Booking empty planes, running through dunes, gaming in the unholy hours of the night, seeing through operations in a startup, and talking about burgers on social media: does Charlie Lim sleep? Perhaps never. So we roped him in for a session of Geeking Out:

He can’t code but dude can surely write a song.

Where he works, the Bandwagon office windows are filled with Post-It notes, arranged in labelled columns — some read ‘Events’, ‘Editorial’, some in lists — but all mapped out in neat handwriting. Yep, it’s all Charlie’s doing.

When you already use so many words for your music, you’d probably want to use all the emoticons you can when it comes to text messaging. Besides, look at what they crowned the word of the year. It’s a freaking emoticon.

Being in the music industry for a while now, Charlie understands the struggle of starting out and scoring gigs. There’s a lot of good music in Singapore, and there’s a lot of music lovers as well — it should be easier for these two groups to meet.

In one of his earlier gigs, Charlie had installed on the stage a Street Fighter arcade machine. At first I thought, “Wow what a nerd” and then some time later, he trashed me at an arcade game session of Street Fighter (he’s a real pro), some generic car racing game, Guitar Hero (obviously) and arcade basketball. Charlie games, and he games a lot. If he challenges you to a DotA game, best to try your hardest, or maybe delete the game from your computer.

Graphically beautiful, rich in story and themes, and great gameplay, there’s so much to love about Bioshock Infinite.

I don’t know about you, but this album was a very important part of my PSLE year. “Larger Than Life” helped me plough through Math, “Show Me The Meaning Of Being Lonely” was good for working on English, and Nick Carter sounds like shit on “I Need You Tonight.”

You can listen to his music (sans British/Welsh accent) on Spotify and Bandcamp.