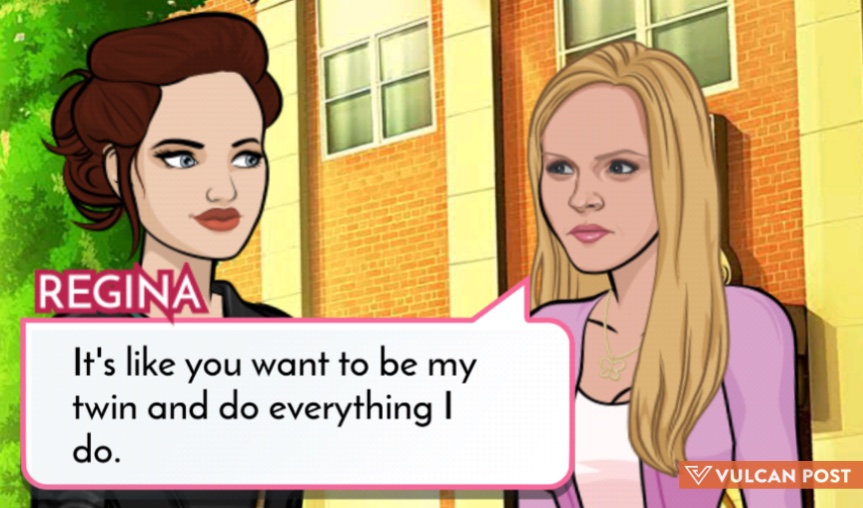 I love stories, and all sorts of storytelling forms. There’s the one that started it all — books — and then there’s television, the cinema, theatre…and then there’s games. People are as much captivated by the medium of video games as they are by literature and the cinematic art.

There’s a sort of luxury in dedicating an entire day to mucking out hours of gaming on your PS4 or console, or if you prefer, PCs. To some, it may be indolence or mere ‘slacking’, but there’s lots to learn from gaming (perhaps this makes for another discussion) — and now it seems non-gamers can get on the gamer bandwagon as well. Well, maybe.

The Rise of Non-Playable Games

Today, more and more are forsaking traditional first-person shooter games or time-consuming strategy games in favour of also time-consuming, digital experiences in which player involvement is limited to deciding what characters say and (sometimes) being able to move them. But what these new games lack in fast-paced, adept fingers gameplay, and the need for players to use psycho-motor skills, they make up for in richness of design and depth of storytelling.

More acclaimed games like The Wolf Among Us, The Walking Dead, and Game Of Thrones of the Telltale brand are part of this new wave of point-and-click interactive graphic adventures that combine complex storylines with innovative graphics. Fans of these game formats relate to them like television shows, and even their release dates reflect this episodic model. Telltale, for instance, releases new episodes about once every two months.

And now it seems like games are moving on to the mobile platform — and it’s easy to see why they can be successful on the medium. It’s easy to play on the go, a new episode is playable every few hours, and it’s not too ‘heavy’ for a quick gaming fix where ever you may be.

Freemium Is Not Free

A successful example of a mobile game in this episodic format is Kim Kardashian: Hollywood. I downloaded it when it first came out — it was my first close encounter with almost giving in to the freemium model — but I was determined to keep my cheapskate outlook on freemium games.

Alas, being a cheapskate when it comes to Kim Kardashian does not pay off and my flighty lifestyle (I was a brunette called Stella) on that wretched mobile game was beginning to get hard to maintain. Having to constantly update social media platforms to check my celebrity ranking, blowing off dates to work so I could by an exclusive bandage dress, socialising to earn star points so I could climb in the rankings — ARGH. So I left her in Downtown LA drowning in star points and a stupid wardrobe that can never be translated to real life. Laters gurl, I ain’t coming back.

Then last week, I found out about the Mean Girls mobile game and decided to throw away what ever ill feelings I had about episodic mobile games to give it a try. After all, Mean Girls is a pretty iconic film with some very memorable lines and a handful of kooky but endearing characters. As usual, I was going to avoid all the freemium nonsense and stick to the story. Besides, they’re no Kim Kardashian — or so I thought.

I start off with choosing how my character will look and got stuck at the hairstyles part. After deciding between a regular bob and a simple updo, I got annoyed at the lack of a no-makeup option and decided on a ‘sweet’ style for my character’s eyes. What the heck is ‘sweet’ eyes anyway, and why am I wasting my time picking a lip colour? I call my person Gigi Hagrid, a homage to my knowledge of the new it-girl in high street fashion and my love of Harry Potter. I start to hate myself already for downloading the game.

All the characters from the movie appear in the game in digital form. Lindsay Lohan’s character, Cady, introduces the game and I find out that I am the new transfer student. Mobile game Cady looks different than the movie Cady, Regina George and her ‘Plastics’ crew look a little odd, and Damian and Janis look spot on.

I am also introduced to my love interest in the game, Micah. It was picked out for me; I had no say on who I could crush on in the game. Micah is a long haired, beanie-wearing, drama club loving thespian who thinks Shakespeare’s plays are not rooted in real life. Wow, this guy is a moron. Maybe it irked me a little but maybe it is like real love. Like they say, “it just happened”. Or something like that.

Like a shitty telenovela that lacks drama, each episode of Mean Girls: Senior Year is uninspiring and amounts to mindless tapping, trying to move on the story. I’m usually given two choices to click and my decisions affect the storyline (I think). When I think nothing is happening, the episode ends. Then I need a ‘pass’ to continue to the next episode.

The pass is renewed after a few hours, and you can play two episodes at each renewal. Suddenly the only fun I was having in the game is choosing outfits for Gigi. “Should I do ‘Casual Cool’ or ‘Hipster Plaid’ for Glen Coco’s party?” I ask myself before dying inside a little. What I hated in Kim Kardashian: Hollywood is exactly what I am enjoying now in Mean Girls.

I wait hours lying in bed before my pass is renewed and I am allowed to play some more episodes. Gigi was running for school president against queen bee Regina George, and I really had to know who won. It was then that freemium gaming reared its ugly head again. Running for president is the most crucial part of the game and now, between the two choices I get, one required extra gems.

Obviously I lost out to Regina George by a lot.

Write It In The Burn Book

Freemium sucks. If you don’t pay, you don’t get the good stuff from the game. This is made more prolonged in episodic format games. Imagine being stopped to be asked if you wanted to fork out some cash at several stages in your game. Just as you’re about to make progress in the game, you’re offered a golden, sure-win option (of which you have to pay) or a ‘lose lor‘ option which is absolutely free. Worst of all, people are paying. If they weren’t, this wretched model would not even exist.

It used to be “batteries not included” or “each sold separately” that would bring a punch to the gut for anyone who has purchased a toy, gadget or appliance. It’s a new generation now. It’s time to retire those three words and replace them with the new: Play for FREE!

In the words of Kanye West (who also happens to be the husband of Kim Kardashian) via Jamie Foxx: She take my money, when I’m in need. Leave my friends, before you fall too deep.