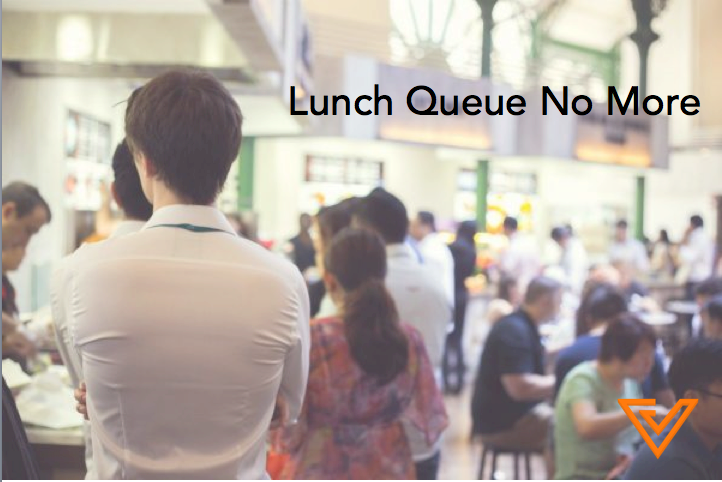 A daily problem that office workers in Singapore’s Central Business District areas can relate to is the beating of the lunch hour rush. So precious is the quantity of seating in food courts and hawker centres that ‘chopping’ acquired seats with packets of tissue paper has developed into something of the Singaporean identity and national humour.

However, like every hindrance in the 21st century, technology eventually makes an attempt to eliminate or relieve it. Leaving your valuable tissue packets open to public theft is no different: Fetchizi is a new F&B mobile platform that lets you order your food and pay from the app at local food courts, restaurants and fast food chains.

Despite its name however, the app will unfortunately not be able to ‘fetch easy’ your food to you, but as soon as it is ready, merchants can pop your phone with a notification. Merchants who choose to use Fetchizi can easily manage their menus, taking items on and off with ease, and announce ‘last hour deals’ shout outs to the Fetchizi community.

For customers, all you need to do is just download the app, select the food you want, place your order and they will be delivered to you. There are also loyalty rewards, last hour deals and other promotions directly from merchants you can enjoy through the app itself too.

Fetchizi is another one of many tech innovations that showcases great potential, if and only if it manages to get a dedicated network of users and merchants behind it, but looks to sink into obscurity if it does not. In order to incentivise consumers to make regular usage of Fetchizi, the app lets users earn the previously mentioned free loyalty meals and avail ‘last hour deals’ from merchants.

Is there a catch? Only for the merchants, who are charged a flat SGD0.20 cents rate per order. For an app that floats the lofty ambitions to be integrated with stalls in coffee shops and hawker centres, it may prove difficult convincing the old folk who run most of these stalls to take the initial leap into Fetchizi. For the user side, Google Play only shows a handful of download so far – so if you’d like to give the app a spin, we are pretty sure the team will be thrilled to welcome you as one of their early users.

The app is available on Android and iOS.