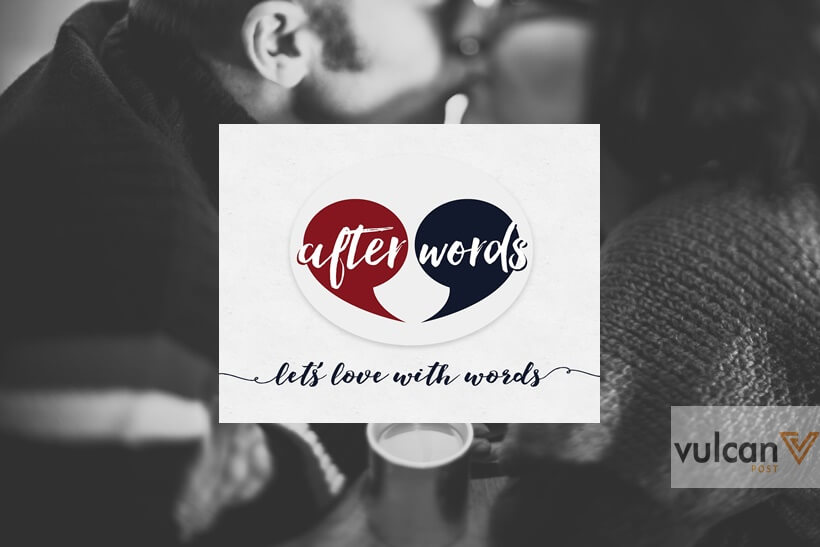 A young lass approached you to take a picture of her and her boyfriend. You said yes. Just as she was about to hand you her beau’s phone, she came across a photo of him with another girl in an intimate pose. Soon, a heated argument ensued. And you’re left standing there.

This is the sort of scene you usually witness in a dramedy — not in real life. But what do you do next? Do you step in? Do you walk away? Or do you awkwardly stare at your shoes and quietly wait for the argument to die down?

Four undergraduate students from the Wee Kim Wee School of Communication and Information decided to conduct a social experiment as part of their final year project. The goal: to shed some light on the social issue of verbal aggression among couples in Singapore.

Called after words, the light-bulb moment came to them when they were casually talking about their romantic relationships over lunch. After discovering that their most painful experiences came from the arguments they’ve had with their partners, the group decided to dive into what causes the sting of toxic communication between couples.

The group shared, “It had to be relevant, meaningful and sustainable. It occurred to us that the power of words is always at play in every relationship, and it would be a worthy cause to explore.”

And a worthy cause it is.

Helmed by Adele Ong, Charmian Tan, Esther Subramaniam and Jonathan Lee, the campaign activities for after words will span across nine months. An expert digital dialogue series was recently unveiled and a couple-conversation web series is in the works. If you are interested, take a look at these 6 couples answering sticky questions in front of a camera on after words‘ Facebook page — it’ll pique your interest.

Last March, Vulcan Post interviewed Jonathan about his creative pursuit, Stories About Songs, a Humans of New York-ish Facebook community page that documents people from different walks of life and their taste in music. He and Adele were also the masterminds behind the hilarious Laneway prank.

One might wonder, given the drastic tone difference between their previous projects and current one, was there ever a big shift experience?

The pair shared, “there is always passion involved in all our projects. In terms of difference, [we] would say that we use slightly less humour in after words simply because the nature of the topic requires us to do so.”

They continued, “At the end of the day, the objective is similar — we have a message that we feel is meaningful which we want to communicate to our audience who can benefit from it the most.”

When Vulcan Post asked what the founders have learned from the social experiment, they shared: “The positive results of the social experiment not only served to affirm the insights we gained from our research, but also our fundamental purpose for this campaign — which is that verbal aggression can, but should not hurt the valuable relationships we have.”

The group emphasised, “People actually do care about the topic of verbal aggression amongst couples, they just don’t verbalise it.”

True words, indeed. Verbal abuse is an overlooked issue and many victims often let it slide without paying attention to the devastating impact. It goes to show how much we underestimate the weight it carries. After all, words are weapons too.

Do you want to play a part in building healthier relationships? Grab your partner and head down to after words’ experiential pop-up happening at The Capitol on 12th and 13th February, from 12 to 8pm. Let’s see if you can withstand the interactive questions and handle the pressure.