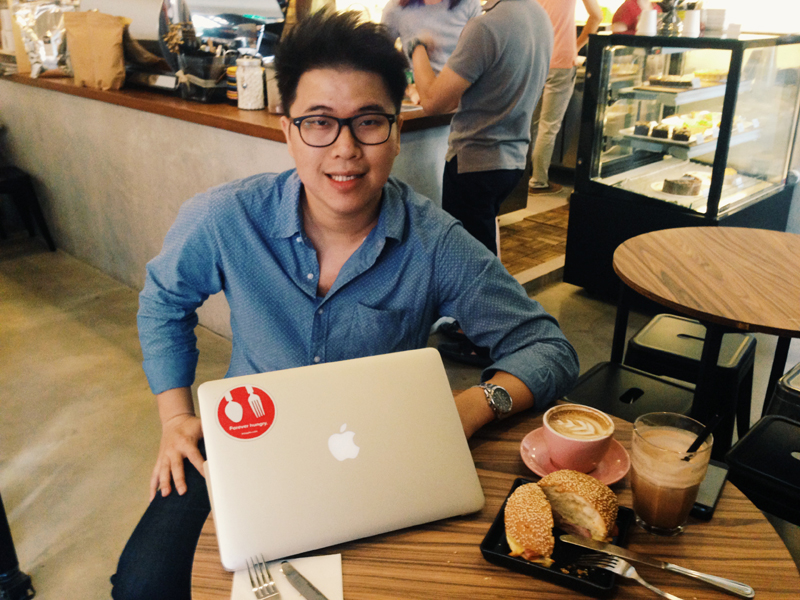 In Singapore’s startup scene, Burpple is a company that most of us have questions about. Officially launched back in May 2012, Burpple was (still is) the startup darling among avid followers of the scene in Singapore. It won the heart of many with its beautiful and sleek design – the sexy pink logo helped too.

At a time where social networks were all the rage, Burpple, which positioned itself as the Instagram for food where anyone can easily share or burp their food photos to their followers, many had high hopes for the company.

Seven months after the official launch, Burpple shared that there had been over 150,000 photos posted from 3,300 cities in 115 countries. Following the momentum, in July of 2012, the team launched a Chinese version of their app and marched their way to the Chinese market. In August of the same year, the team introduced Burpple Instagram Connect, and launched a Japanese version of the app. Things seemed unstoppable for the team.

However, we stopped hearing from the team since then. To tech journalists in Singapore, Burpple went radio silent during 2013 to 2015. Do a simple Google search and you’ll hardly find any news about the team in that time frame. Somewhere in between too, we heard that Elisha, one of the cofounders who was in charge of the design, left the team to pursue another interest. It is only natural too for the startup scene to slowly lose interest in the company and moved on to follow news of other companies. Popular names that emerged slowly soon after are companies like Carousell and Zalora, and later Paktor and Grabtaxi.

But we knew the team is still around, and they probably have their own story to tell, so we dropped the team an email in January 2015 to see if we can do a feature on them. Of course, the interview never happened as the team was busy working on a new feature. We never heard from the team then.

Fast forward to December 2015, all of the sudden, the company announced that they have raised a total of US$6 Million in Series A funding from backers such as Tembusu Partners, SPH Media Fund, and Triumph Capital.

When Dixon finally agreed to meet, we had a good chat over at Starbucks, a location which I chose out of convenience rather than the cafe originally suggested by Dixon, a relatively popular choice among Burpple users in Tanjong Pagar. According to Dixon, Burpple’s users have doubled to more than four million over the last 12 months to 4 million users, and these 4 million users are split between its mobile app, web app and website. While impressive, Dixon did not share the percentage split between each platform, nor did he share the geographical split of these users, most of which we believe are from Singapore and Malaysia, the two countries which Burpple has a physical presence in.

All is not rosy and smooth sailing for the team though, especially in 2014. So what happened and why the team went radio silence?

“It was more of survival rather than innovation for us,” Dixon told us when we met.

As the company was burning through cash to generate growth and experimenting with new features that will super charge its growth, morale can be low at times. One thing has been consistent all the while despite this – users still receive regular email updates and new food guides through the past few years without fail.

“Survival forced us to focus and innovate on things that matter (discovery, businesses), especially with a tight team. This means that experimentation got to give, resulting in less opportunity to try out new things that was outside our core.”

During that time, the team only had 7 people, less than half of the current team’s strength today. This reminded us of the famous Paul Graham startup curve:

Trough Of Sorrow To The Promised Land?

Grinding through 2013 and 2014 to keep the lights on paid off for the team, especially when the user generated content as well as the search friendly content the team put up over the past few years paid off, and managed to convince new and existing investors to come onboard.

“I’m really thankful for those that stayed on and our seed investors that kept believing in our vision, which is still the same from the beginning until today. It was tough for us, and the founders didn’t draw any salary for a year.”

“We started Burpple to solve two main problems we have – we don’t know where to eat and we don’t know what to order. While we started as a food journal, we realized that only a small percentage of our users want to share. Today, we see ourselves in the hospitality business, which is to help people find the best restaurants and to enjoy life.”

As we continued our chat, Dixon revealed that there are three main rules which the team follows religiously: building a trusted community, providing great recommendations via engineering and data science, and last but not least, ensuring that the platform is easy to use.

These factors ensured the growth of Burpple. On top of that, the team’s decision to move into web also paid off when traffic and users started discovering Burpple through searches.

We can’t help but ask if Burpple is competing with food bloggers and other online publications who publish articles on new cafes and restaurants (10 New Restaurants You Should Visit Now!). Dixon reaffirmed us that that is not the case since a lot of individual food bloggers are also avid Burpple users.

Where Is The Money

As a media company ourselves, we think the money is not with restaurants – restaurants probably won’t spend thousands of dollars advertising. Dixon said that’s not the case.

Other than restaurants being their potential paying customers, Burpple is also working with banks to introduce credit card related deals and discounts to Burpple users who are discovering food on the app.

“For Burpple, we control the top traffic funnel all the way to the specific food people are searching for. We have a wish list feature, which is like a shopping cart which we can also monetize in the future,” Dixon shared.

On top of the customer platform, Burpple also offers a business dashboard – a feature which we are very excited about. The dashboard basically allows food establishment to benchmark their performance on Burpple against others. What this means is that if I am a dessert place owner at Tanjong Pagar, I can see how many people liked my photos on Burpple, against another dessert place at Tanjong Pagar.

“There are over 1000 restaurants who are using our dashboard now. Today, the F&B landscape is different from two years back when we first started – everyone is on social media now and it is very competitive, so they will have to spend some money soon.”

When Dixon shared that Burpple has a trove of data that can help restaurants make sense of the competitive landscape, it made so much sense to us, and it is no wonder that the team managed to raise a huge Series A round from investors that shared the same vision.

Beyond that too, Dixon told Vulcan Post that on the consumer front, there are a lot of possibilities too, and he teased: “What if, on Burpple when you added a dessert onto your wishlist, you can get it delivered to you straight away? What if you are browsing a restaurant page, and you can straight away reserve a date to visit the restaurant right from the app?”

At that point, we are convinced too that it’s prime time for Burpple to shine now.

So with all the data, what are some of the trends the team noticed? Here’s the most intriguing one of all – last year, the user group above 35 years old grew five times, making them one of the fastest growing age group among Burpple users.

There’s also a trend of people sharing more hawker food as opposed to cafes or restaurant food, which is why the team launched a new initiative called Hawkerpedia, a beautifully designed web page featuring some of the most popular hawker foods in Singapore.

As we concluded the interview, we asked Dixon what’s the plan now that they are armed with $6 Million in the bank. The money will used to improve Burpple’s features, especially the restaurant dashboard. More news on “complimentary dining services” will be announced soon too, according to the press release.

“Could we get a sense of how many locations are you guys at right now?”

“There are over few hundred thousand locations we are tracking on Burpple now.”

Also Read
2015: A Year To Remember For Singapore’s Startup Scene