‘That Dragon, Cancer’ – Probably The Saddest Game That You Will Ever Play 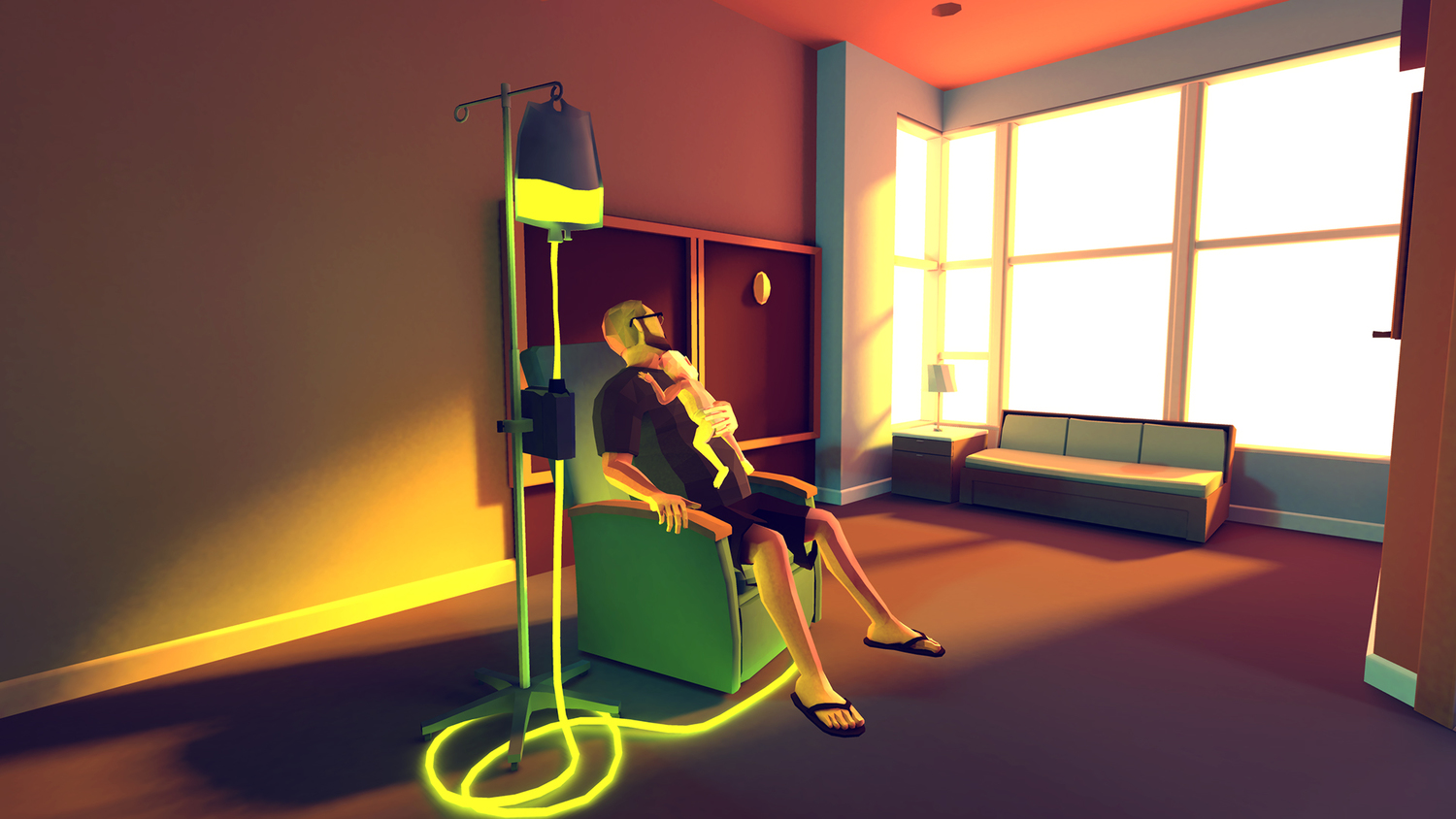 It is perhaps equal parts unfortunate and appropo that That Dragon, Cancer released in a week when two great men – pop god David Bowie and acting legend Alan Rickman – were robbed from this world by cancer.

That Dragon, Cancer is a Kickstarter video game available on Windows, Mac, and Ouya, that plays out almost like a visual novel. You don’t do very much in That Dragon, Cancer. You look around, feel, and observe, all while clicking on a few things. It’s more about letting the powerful and heartbreaking story pull you in – the simplistic visuals are just enough to convey what’s happening while letting you fill in the gaps – and letting your empathy take over.

That Dragon, Cancer is a very personal game that might upset you before you even start playing – it chronicles the story of Joel Green, a young boy diagnosed with cancer at just 12-months old, and the family who slowly said goodbye. Although Joel was supposed to die a short time after the cancer’s inception, he lived for another 4 years.

The game is not long, and is divided into a series of vignettes that are mostly told in the perspective of Joel’s father, Ryan. The game is a cathartic closure for creators and lead characters, Ryan and Amy Green, and their lost child.

As memories unfold with each vignette, it becomes incredibly difficult to continue as you come face-to-face with the desperation and depression of coping with a loved one struggling with a lethal illness.

The proverbial dragon called cancer is a disease that ravages everyone you love along with the person suffering from it. Playing the game serves as a reminder that life is short, and happiness can be found in the simplest of things. For baby Joel, it was the little things like playing in the playground or feeding ducks at a pond.

I don’t think it bears any weight for me to describe any of the game’s scenes, particularly the most intense ones, in detail for you. If you’re curious about them, you’d do well to buy the game to see them for yourself.