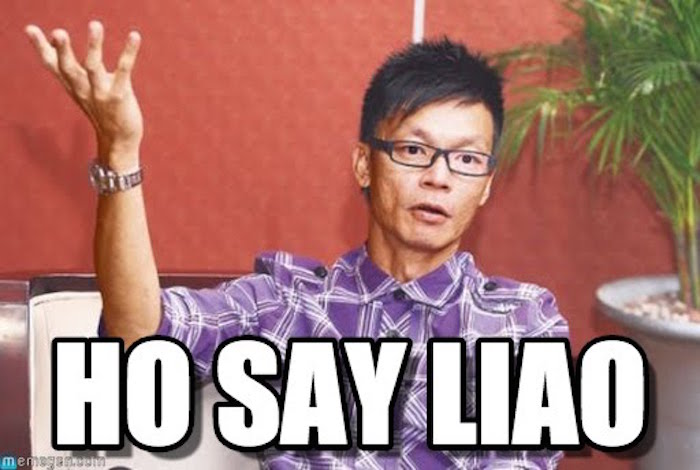 Chinese New Year is a time where families come together to eat, play and celebrate. As with such gatherings, there’s bound to be gossip galore. If you’re wondering how to keep up with all your aunties and their Singlish-accented gossiping, we have an app to recommend!

The term “Ho Say” was coined as a Hokkien exclamation of satisfaction, indicating that things are good or complete.

The app, however, was created in 2010 by Nokomai, a Singapore-born digital agency.

According to the company, HoSay celebrates Singlish and is the “perfect iPhone app for all those moments where you want to say “vomit blood” loud and clear.” While Nokomai usually creates apps for clients, HoSay was a “labour of love” from the development team.

The app serves as a dictionary-cum-translator for people who are looking to brush up on their Singlish. Commonly-used local slang is sorted into categories such as “New Year”, “Kopitiam” and even “Insults”.

It’s always a good idea to brush up on your Singlish insults, so you never get blindsided during a shouting match with a fellow Singaporean:

After selecting the desired category, users can scroll through a list of popular phrases. Clicking on the “i” button will unveil the definition of each phrase, with examples of how it may be used in the real-life context.

Wondering what a Milo Dinosaur is, or how to remove cockles from your dish? The “Kopitiam” category would come in useful for tourists hoping to have their lunch at a hawker centre. The names of coffeeshop beverages alone would be baffling for a first-time visitor to Singapore.

But what about the Speak Good English campaign?

Foreigners who speak English as their first language are often taken aback by the use of Singlish. They marvel at phrases like “aiyo” and “alamak”, while trying their best to decipher the alien-sounding Singaporean accent.

Some, however, do not look upon Singlish so kindly. One Quora user posted this question: “Why don’t Singaporeans try to speak proper English?”

While the question was admittedly provocative, the answers revealed a sense of nationalistic pride among Singaporeans, who rose to the occasion to defend their ‘national language’.

One popular response was from Grace Teng, a Singaporean Quora user. She defended Singlish by stating that it had “features that made it feel unique to a Singaporean”.

“All Singlish speakers know what ‘shiok’ means and yet not one person can give an accurate definition of it to a non-speaker,” Teng wrote, “Some things simply do not feel the same expressed in English: can you find a way to say “why you so like that?” that conveys the same measure of annoyance and curtness?”

Whether or not Singlish can be considered a language is contentious in its own right. But one can easily see the usefulness of knowing a little Singlish, given its commonplace use and general comprehensibility among locals in Singapore.

The current collection of phrases may be too basic for locals, who would probably have become adept at their “lahs” and “lors” through daily life conversations. Singaporean users may find HoSay more appealing if there were a greater number of phrases and categories available.

That being said, the definitions provided in HoSay are pretty spot-on and easy to understand. The app would be a rather handy guide for foreigners who are just beginning to dip their toes into Singaporean lingo. If anything, it can be used as a fun conversation starter between Singaporeans and foreign visitors.