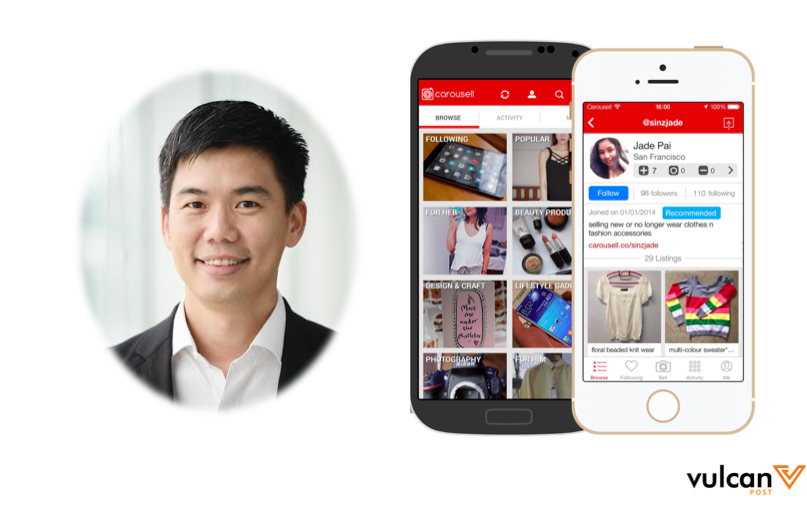 Carousell, Singapore’s leading peer to peer marketplace, has just announced the appointment of Chai Jia Jih as Vice President, International, effective on 2 March 2016. In this role, Chai will lead international growth to accelerate Carousell’s expansion worldwide, as well as support financial strategy and planning. He will be based in Carousell’s HQ in Singapore and will work closely with the co-founders as part of the leadership team.

According to the press release, Chai was most recently Managing Director, Southeast Asia, and the Head of APAC host operations at Airbnb. Chai joined as the first employee in Southeast Asia and he helped chart Airbnb’s rapid growth in Asia over the past 3.5 years.

On top of that, Chai set up operations for Airbnb’s Asia hub in Singapore, and led the team to grow the inventory of homes, accelerate guest growth and build the brand. Named in Campaign Asia’s ‘40 under 40’ list in 2015, Chai was recognised for his impact in leading Airbnb’s growth in the region.

“Joining the Carousell family is a great start to the year, and I’m thrilled to be embarking on this journey with such a passionate team. I’ve personally been a Carousell user since 2013 and I’ve found it really great for selling pre-loved items, such as underused gadgets from Kickstarter. More recently, I’ve also discovered how powerful it is for buyers too, as I managed to find a set of classic Sesame Street illustrated books for my daughter, and it was the same set I grew up with!” said Chai.

He added, “I’ve also seen how Carousell’s not just a marketplace – It’s a community where meaningful stories are taking place everyday through thousands of transactions. Carousell has tremendous potential and I’ll be working very closely with all my new teammates to steer the company towards achieving its vision.”

Chai brings with him over 12 years of leadership and growth experience in tech. Prior to his roles at Airbnb, he was a junior partner at McKinsey & Company where he advised leading tech and telco companies across Asia. Early in his career, he worked in tech as a software engineer and product manager at a software startup. Chai holds an INSEAD MBA and graduated with a computer engineering degree from the National University of Singapore.

Quek Siu Rui, Carousell co-founder, commented, “We’re honoured to have JJ join our Carousell family. He has been a good friend and mentor to Carousell for a long time, and we’re really looking forward to the wealth of knowledge and expertise he will bring with him to our company. Additionally, he is a great cultural fit for us as a product and technology focused company, and he shares our passion for the Carousell mission – To inspire the world to start selling – and we’re excited to work closely with him to benefit even more people with Carousell worldwide.”

“As the very first employee in Airbnb Southeast Asia, Jia Jih understands the challenges of early-stage hypergrowth, and having contributed so vitally in building Airbnb up to the esteemed brand that it is today, we firmly believe that he will be able to help us navigate our growth and capture opportunities as Carousell scales even quicker than before,” added Marcus Tan, Carousell co-founder.