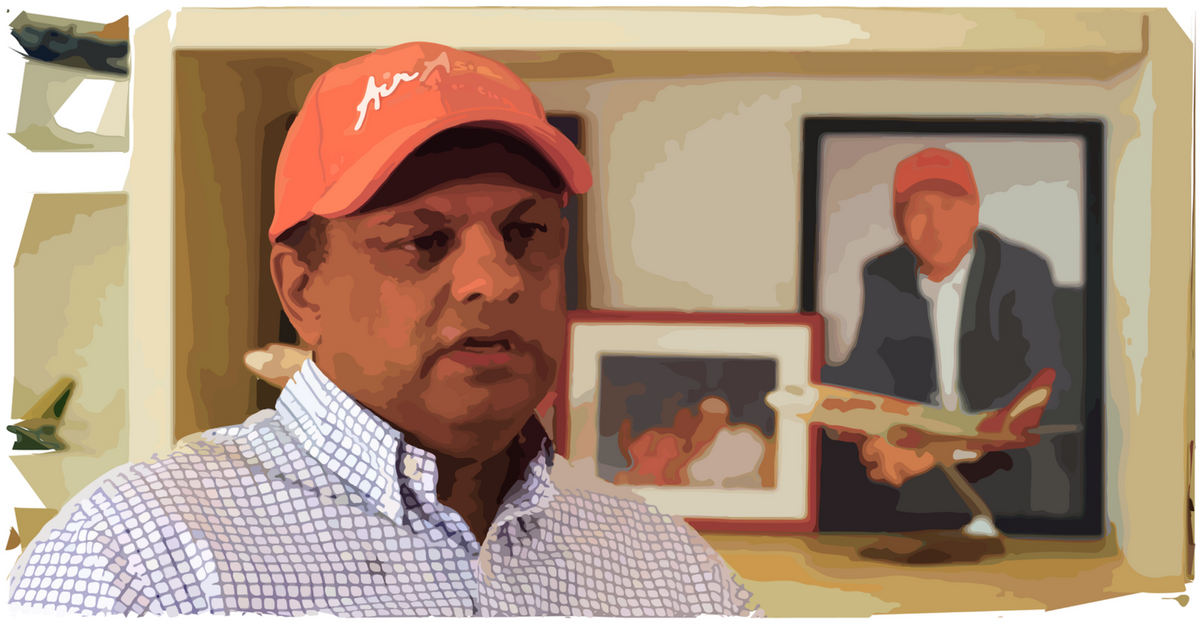 It has been an unprecedented time in Malaysia, since a coalition other than Barisan Nasional has taken over government spheres.

Since then, a number of shocking allegations have made rounds on social media—coming from previously tongue-tied individuals who are seemingly freed once government ties have been flipped over.

Two of such allegations have come out to paint an ugly picture of our entrepreneurship scene, from large-scale MNCs, all the way down to SME level.

Scenario 1: Tony Fernandes’ support of BN and his subsequent apology.

Shortly before GE14, AirAsia provided a BN-themed flight to fly the then-Prime Minister Najib Razak back to KL from Sabah.

Since PH’s win and amid general criticism, Tony Fernandes released an apology video.

“As Tan Sri Rafidah’s (Chairman of AirAsia X) impact and popularity grew, the pressure grew exponentially. It was getting harder and harder to resist the pressure from the Prime Minster’s Office,” said Tony Fernandes.

“Unfortunately that put me under more pressure when it was realised by the government that we were ferrying so many voters. Within 24 hours we were summoned by the Malaysian Aviation Commission (MAVCOM) and told to cancel all those flights. That put us under again tremendous pressure.”

Based on what events transpired and what Tony said, what we need to look at next are the implications and the questions raised.

First is the role of regulators, because MAVCOM is a civil airline regulator commission.

What role should regulatory bodies play?

An industry watchdog should serve two important functions: to prevent unfair practices and to help cultivate a healthy local scene.

A regulator should not make industry decisions to serve interests outside of that industry, especially if they are based on personal feelings or in this case, political. MAVCOM have assured the people that they’re looking into Tony’s allegations.

Looking beyond the civil airline industry, the next question is:

How many businesses have been pushed down and limited in growth because of things unrelated to their business?

From one perspective, AirAsia did take part in the politics by offering more flights for those looking to go vote in GE14, and offering fixed and more affordable fares for flyers.

According to Tony, this is specifically why they were targeted.

This raises another question:

Should entrepreneurs use their businesses as a loudspeaker for their beliefs?

Over in America, you often hear about for-profit businesses choosing very political stances—Chik-Fil-A stated that they “support the family” after news broke that they had been donating to anti-gay groups.

Many businesses chose to end their relationship with the National Rifle Association (NRA) after the public #BoycottNRA campaign gained traction following a 2018 school shooting.

If Tony had come out to support BN-backed causes, like GST, would that have fallen within an acceptable realm for businesses to play in?

However, the issue now is that Tony has specifically thrown his, AirAsia’s and its employee’s support behind the political party itself.

For example, instead of AirAsia’s usual red uniform, stewardesses on that specific flight wore a dark blue uniform, which appeared to be a show of support for BN, regardless of their actual feelings.

Should AirAsia have required its employees to visually align themselves with a political party while on their job?

AirAsia’s own code of conduct does not allow political activities, either financially or through paid working time.

Political activities are okay—but only if done outside of AirAsia, and in our own time and not in the capacity of an AirAsia staff. AirAsia does not give support to political parties, either through direct financial support or paid working time. And you shall not let your involvement in such political activities create issues or embarrassment to AirAsia.”

In a new statement, Tony denies any breach of AirAsia’s code of ethics in regards to the uniforms of the cabin crew.

“They walked into the place wearing red and walked out wearing red. In fact, there was a request for everyone in that flight to wear blue, but we didn’t,” said Tony.

Scenario 2: An NGO founder was cut off from support for expressing admiration of Mahathir.

Irwan Serigar is known among the Startup and SME circles as the Chairman of MaGIC, and the Secretary General of Treasury, Ministry of Finance Malaysia.

The account has been corroborated by a few members of that WhatsApp group.

It began with a post from Nadira, who expressed admiration of Mahathir (specifically, of his energy, spirits and commitment).

Nadira has since deleted that post (or made it private).

In the WhatsApp group chat, her post was characterised as “uncalled for by an individual receiving all benefits from government” by Irwan Serigar.

He continued to tell Nadira that action will be taken against her immediately, though the specific action is unclear.

If these WhatsApp screenshots are real, Nadira and the beneficiaries of WENA were potentially cut off from support because she expressed her opinion about a then-opposition leader.

This goes beyond politics.

Have people of influence prevented certain startups from doing well, because of personal disagreements?

Someone of influence—like venture capitalists, the head of a fund or those deciding on who joins an accelerator—has the discretion of rejecting or approving applications based on things unrelated to business.

For example, can someone be fired, removed from funding or kicked out simply because they might have disagreed with the boss about something politically-related?

In these situations, a startup that could be solving a real problem or one that could have turned into Malaysia’s next unicorn is killed before it has a chance.

We have no idea how prevalent this is behind the closed doors of influential organisations in Malaysia, and how many businesses were suppressed.

And if these situations do happen, will those involved actually bring the issue to light, or let it slide?

Taking the example of sexual misconduct in the tech world, those who are in business might not speak out and let this culture rot within the ecosystem because they have more than just their interests to care for, like employees, co-founders and beneficiaries.

According to ex-CEO of MaGIC Cheryl Yeoh, she was unable to voice out against a sexual assault when it happened because the establishment of Distro Dojo was at stake.

“It was so important to Southeast Asia that Distro Dojo be established there,” said Cheryl in her tell-all.

For every Nadia or Cheryl, there could be many, many others where justice was not served.

For the past victims, even if they did choose to fight back against any injustices, where could they have gone?

In both Tony and Nadira’s cases, if true, at that time they did not have anywhere to turn to seek justice.

Tony’s issues came from the industry regulator, and while we’re unsure whether Nadira was truly cut off, it was seemingly done without going through any board of directors or chain of command process.

These are all important issues to ponder, because we want to build a community based on merit or need, instead of where they happen to fall on the political sphere.

The damage any of these favouritisms have caused to the entrepreneurship scene in Malaysia is untold.

But the solution may not be as clear-cut.

If we wanted to include more checks and balances against these issues in the ecosystem, where should we even begin to implement it? If we wanted to introduce more regulators, we then also have the responsibility of making sure they are run without bias. Also, how can we create a safer space for entrepreneurs to prevent such incidences?

These are all questions to be answered if we want a better and more mature entrepreneurial ecosystem.