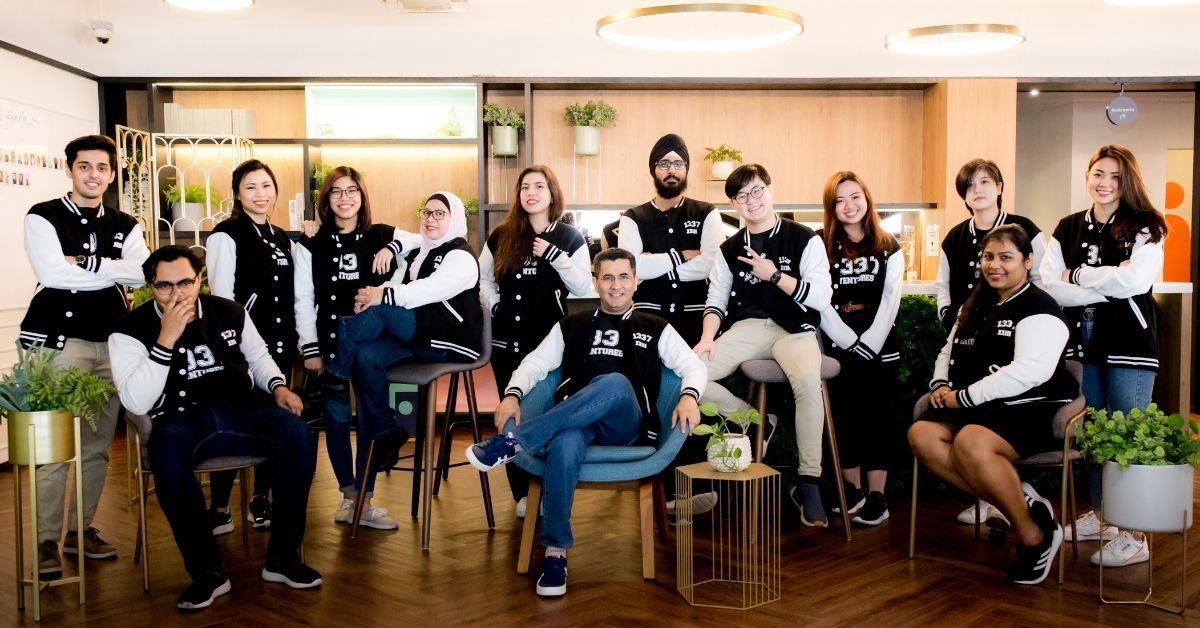 It’s not uncommon to find startups in a red ocean, filling a perceived gap in the local market while unaware of competitors already existing. At Vulcan Post, we sometimes come across pitches claiming a solution is the first of its kind, when we know full well it’s not.

Early-stage venture capital (VC) firm 1337 Ventures has had similar experiences. “When we run our early-stage programme, it’s shocking how many people are solving the same things over and over again without knowing there’s already someone else doing so,” said its CEO and co-founder Bikesh Lakhmichand.

“We wanted a way for local startups to know what else is out there, either for competitor analysis or possible startups to synergise with.”

While working from home during the pandemic, the team brainstormed ideas that could benefit the startup ecosystem. Other than launching an online accelerator programme, they also came up with Muru-ku.

A place to find all things startup

Built in-house, Muru-ku aims to be an independent and collaborative platform providing the latest information in Malaysia’s startup ecosystem.

To do so, the platform compiles and consolidates a list of active Malaysian startups, VCs who can invest in them, along with grants, events, and mentors available.

On top of that, Muru-ku has an analytics section providing data on the different types of verticals startups are in. This is so users can get a rough idea of how saturated some of the areas are, and how funded some local startups are.

“Often we are asked [by corporations] how many fintech startups there are in Malaysia, how many of them focus on something specific such as a SaaS model or within the savings space. It’s interesting how there’s never been a way to consolidate them all under one platform,” Bikesh pondered.

To hopefully spark fresh ideas and startups, Muru-ku also has a section listing problem statements worth solving to inspire entrepreneurs in coming up with a solution around them.

One such example is:

Data collected from various points that are not consolidated may enable fraud in the financial services sector. Find a solution to detect fraud by individual or companies through utilisation of collected data from various data points in a single platform.

The startup ecosystem is a fragmented one, and though there are online communities to help, it can often be difficult for entrepreneurs to access all the information needed to grow their startup.

Hence, Muru-ku consolidating such resources can work as a stepping stone for new founders to learn about the market.

Likewise, local or foreign investors are able to discover up and coming startups with funding potential through the Malaysian Startups List. VCs or angel investors can filter them through verticals, stages, and find the latest startup events happening in Malaysia.

The event section was added as the 1337 Ventures team were looking for a better way to notify entrepreneurs of available online events without having to flood their subscribers’ inboxes.

“A lot of great events were either missed or had a poor turnout due to lack of marketing or access to an audience,” Bikesh explained. “This way, you could find the next accelerator intake, VC pitching events or a great user group meetup by every ecosystem player under one roof.”

Bikesh also added that government agencies have benefitted from Muru-ku as they’re able to showcase their grants and events targeted at startups while also learning about the startups and VCs in Malaysia.

“We also hope that students will find Muru-ku.com beneficial in their research or hope to embark on the startup journey,” said Bikesh, clarifying that Muru-ku will remain free to access.

As the site is run by VCs, they actively scout for startups, events, and VCs to be listed on Muru-ku. To streamline the process, the team follows a simple criteria before names are listed.

To be featured on Muru-ku’s Malaysian Startup List, businesses should be registered in Malaysia, but founders don’t necessarily have to be Malaysian. “There are certain conditions to differentiate a small business from a startup. Our analysts will filter them out and do a background check before listing them on Muru-ku,” added Bikesh.

For the Startup Event list, names must be reputable events related to startups, not just any get rich quick scheme. 1337 Ventures will also evaluate the events’ content and determine if they would benefit startups.

VCs are chosen solely based on whether or not they’ve invested in Malaysian startups before. Mentors consist of experienced startup founders, business leaders, or angel investors who are interested in helping build up the Malaysian startup ecosystem.

When asked about Muru-ku’s name which seemed to have nothing to do with businesses or startups, the team shared that the “muruku” was originally meant for a project the firm didn’t pursue.

It was inspired by a muruku seller with a small kiosk in KL Sentral. The team offered to help him digitalise his business to scale, but he wasn’t keen on doing so as he merely wanted to be a supplier.

This led to 1337 Ventures contemplating running an e-commerce site as a project for their younger team members. Lockdowns ended up putting the project on hold and the name was eventually used for the aggregate platform.

“We thought it would be funny, and people are always asking us about the meaning of 1337 anyway. Here’s another one they can continue asking,” joked Bikesh.

(For those curious, here’s what 1337 Ventures’ Hiredly page shares: Leet (or “1337”), also known as eleet or leetspeak, is a system of modified spellings used primarily on the Internet. It often uses character replacements in ways that play on the similarity of their glyphs via reflection or other resemblance.)

Trust the VCs to know how to grow a venture

1337 Ventures plans to expand Muru-ku to include startups around SEA within the next 3 years. In doing so, startups planning to expand are able to easily find competitors and connect to investors in that country or region.

For now though, the team will focus on growing Muru-ku solely on the Malaysian ecosystem.

Barely a year old, the site is already equipped with a handful of startups on its list, but it has many more to add with a long list of self-applicants waiting for verification.

The team will also be marketing Muru-ku to more corporations to help build their awareness on the solutions startups can offer that could help them with their own problem statements. In turn, it can help more startups secure paid proof of concepts (PoC), contracts, or partnerships with these corporations.

The final component for Malaysia before we look into the region is to establish a better angel network. We think this is key towards growing the startup scene and funding more early-stage ideas. Definitely, something we think would be beneficial for the ECF industry at large too hence we’re looking at having a more structured approach to educating angels and exposing them to quality deals at scale.

While the aggregate site put out by 1337 Ventures is a respectable and resourceful project, it does pose the challenge of maintaining the site and its listings.

Startups can pivot and expand quickly, and may offer a totally different solution from what they started out doing.

To ensure that the information on Muru-ku remains accurate, the VC firm would require a dedicated team to constantly check and update the descriptions of each startup, VC, and events on an annual or even quarterly basis.