She Lost RM29,000 To A New Zealander On WeChat; Turned Out To Be Selamat From Malaysia 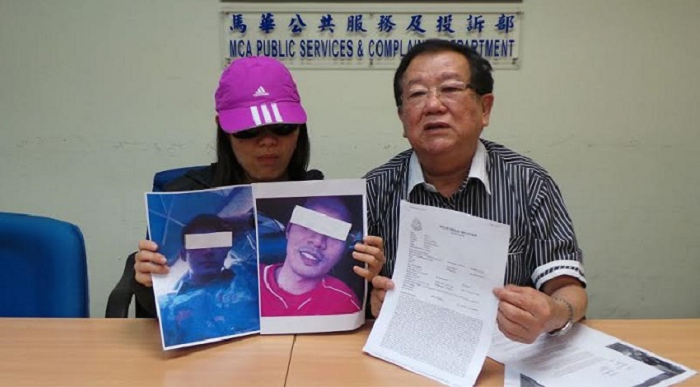 When it comes to love, people aren’t just blind to the truth; they can be blind to everything. One Pilates instructor was blind to even the nationality of the man, who claimed to hail from New Zealand but was actually a local man from Malaysia.

The Rakyat Post reported that the trusting woman, identified as Tan, fell in love with “Dany Williams” whom she met over WeChat in June. WeChat has a “Discover” function that allows strangers who are closeby to connect to each other. In addition, the Drift Bottle option allows users to connect with strangers from all over the world. A fun “Shake” function allows users to shake their phone and link to someone else who is also shaking their phone. There are multiple ways to meet someone new through WeChat, and perhaps this is what Tan did to connect her with “Dany Williams”.

She is not the first person to fall victim to WeChat scams, however. The Ant Daily reported in “From WeChat To WeBed” on how users are using the popular messaging app to connect with people closeby for one night stands. Singapore Yahoo news reported in October 2014 about a man who was scammed out of $1,150 from a girl he chatted with on WeChat.

Warning signals failed to inform Tan of her misdirected trust and love even when the so-called “Dany Williams” asked her to bank money into an account owned by “Selamat Basri”.

He convinced the 27-year-old that Selamat was his former staff and he had problems with his account. She continued funding his fake businesses and emergency monetary needs even to the extent of taking several bank loans. While he claimed to live in a bungalow in Bukit Antarabangsa, he never took her there. They saw the house from afar, but he refused to bring her into the house, telling her that his relatives did not appreciate visitors.

Eventually, “Dany Williams” was called back to New Zealand after his mother died of a heart attack. Not hearing from him since November 20th, the veil was eventually lifted and Tan saw him for who he really was. She lodged a police report on December 1st. The same report stated that it was only then that she realized her foreign boyfriend’s name was in fact, “Selamat”.

Tan told a press conference at MCA Public Services and Complaints Department (PSCD) that it started with a smaller sum, around RM1,000, but the money has since piled up to RM29,000.

Contrary to his name, “Selamat”,which means “safe” in Bahasa Malaysia, the man was everything but. He had thoroughly blindsided Tan with her infatuation towards him, convincing her that he is an “all around nice guy.”

MCA PSCD head Datuk Seri Michael Chong commended her bravery for coming forward with her case, saying that in doing so, she will set an example for other women to be more cautious. Chong was quoted saying that in 2014, there have been 32 complaints about people getting conned via chat apps. “Eight cases even involved nude photographs of women taken,” he added.

In November, we had an article about a case where a man was duped into waiting for his fake girlfriend in KLIA. Twice. We also shared that it doesn’t always end badly though, since many relationships begin by meeting through online dating sites and taking a leap of faith.

Just remember to take love, especially love you find online, with a grain of salt. Look beyond the sweet chatter and see the man/woman for who they really are. And when they ask you to bank money into an account of a different name, always take it as a huge red flag.