From Music To Meats: Soh Wen Ming On The Price Of An Unconventional Job 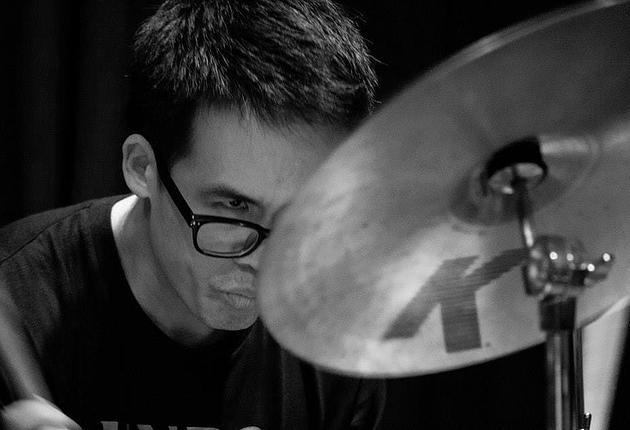 If you grew up in an Asian household, your parents probably had certain expectations about your job prospects. A steady office job with great health benefits, great job security and a possibility for promotion in the near horizon. Talk about being an artist or a musician, and many folks may scoff – it’s just not a conventional, stable, ‘good’ job.

But there are many who have crafted great musical careers in Singapore, including one Soh Wen Ming. Having been offered a chance to study music in Berklee School Of Music at the age of 22, Wen has worked consistently as a session drummer for nearly a decade, making his mark in the music scene with some of the biggest names in the local industry – Corrinne May, Stefanie Sun, Jeremy Monteiro, Rani Singam, Jack and Rai, Chok Kerong, Tanya Chua just to name a few.

Then, at the age of 29, he quit for yet another unconventional pursuit – he opened his own restaurant, Carvers & Co, dedicated to great meats and delicious roasts.

After more than a decade of being a musician, Wen attributes his choice to quit to a revelation he had while on tour with local musician Charlie Lim. Despite making very little money, he said it was the happiest he had ever been in his musical life. And that stumped him.

“I like to think I’m a pretty simple guy with simple needs. Left to my own devices, I’m very happy to practice drums, play music and live on just enough to survive,” he said. “But the thought of not being able to really contribute to causes I believed in, or not being able to help someone who I loved who could be in real need of financial help started to really bug me.”

He realized at that point that being a musician, while fulfilling, was still a very self-involved career. He began to question what he was able to contribute to others, and as a full-time musician, his motivations were primarily self-involved – any secondary effect to others always came second.

“When you realize that the kind of music that really makes you happy isn’t going to pay you very much, that the other music work you make may not make you that happy and will not pay you a crapload of money either, you’re choosing not to make a crapload of money just so you can be engaged in a profession for self fulfillment (and it’s not even that fulfilling most of the time). Eventually, something has got to give.”

A Confluence Of Circumstance

However, going into the service sector didn’t happen overnight, in fact, it happened in what he called a “confluence of circumstance”. He and his wife Sarah Lin, a full-time chef, were offered a one-in a lifetime real estate deal – a little shophouse at 43 East Coast Road.

However, because it was a takeover deal from an outgoing tenant, he and Sarah had a short month to renovate, come up with a concept, hire staff, plan menus, and basically set up an entire restaurant in that short time. There were a few hiccups, with their first few staff being relatively inexperienced, and the learning curve was steep. However, he still says that there was some “undeniably divine intervention” with the way everything fell into place from beginning to end.

A lot of Carvers & Co’s success story, surprisingly, had a lot to do with people.

“For all the horror stories I have heard about the F&B workforce, I must say that the best people I have met are the ones I have met in these business. I’ve come to realize that people who work in F&B and take their jobs seriously are not very different from musicians or other artists at all. Good Chefs, Baristas and Front of House Service Crew members have so much pride in their work and work such long hours for really not that much money.”

And the good work that he was searching for emerged. Out of Carvers & Co came a community of ‘artistes’, chefs, baristas, and service staff that committed themselves to their job and found solace in the work they did with the business.

The good that he can try to do, he says, is to make Carvers a great place for them to work. And the team he has now, according to him, shares a bond that they find “very hard to explain to people who don’t work directly with us”.

“The good people in F&B don’t work for money. They work as a way to express themselves and to simply challenge themselves to be the absolute best they can be. In a way, they can’t help it because to give any less than 110% would be to be untrue to who they are.”

“As employer, you can choose to exploit, or to honor that behavior. At Carvers, we choose to honor it and I take pride in the fact that the culture we try to build values the people who work with us in a very deep way.”

How Pursuing A Career Is Like Falling In Love

It’s easy to see that both of Wen’s pursuits are difficult ones, with learning curves steep enough to deter most Singaporeans. When speaking to Wen, I expressed the same concern, since the change seemed so drastic. After all, the years of practice placed into becoming one of the top drummers in Singapore was put aside for this new pursuit – it seemed terrifying to me.

But the reply I received was deceivingly simple – it was just about having the right work ethic.

“The truth is, and I tell this to all my drum students, is that if you gave even a monkey the same number of hours working on playing the drums, he would be able to do what I can do.”

“I truly believe that barring any genetic conditions, if you’re willing to do what 90% of the world won’t do, you can get into the top 10% of any field, just because the rest of the 90% is just too lazy to do what it really takes to get things done. When you realize this it liberates you in a deep way.”

When asked if he had any advice for people looking to pursue an unconventional career choice, he said that you have to have the stomach to deal with “the prospect of absolute disappointment and failure”.

“That’s really just the price of chasing your dreams – anyone who wants something ultimately fulfilling has to be able to live with the possibility of completely falling on his face and never being able to get up. You can’t fall in love without the chance of getting your heart broken. The work and profession you choose is like that too.”

Best Of Both Worlds

While he has decided to halt his career as a full time musician, Wen still considers music part of his work. In that thread, Carvers & Co has collaborated with Thunder Rock School to put together the 43 East Coast Series, a showcase of singer songwriters and musicians who through their music and attention to their craft share the same energy that the team at Carvers & Co is made of.

To date, they have hosted popular local acts like Inch Chua and Nick Chim, and are looking forward to giving many more local artistes a platform to shine.

In conjunction with the performance series, Carvers & Co will also be setting up a listening station called the “Fishtank” in Carvers & Co, showcasing local music. A full catalogue of physical albums will be set up in the shop for people to check out and enjoy. Aurisonics has sponsored an amazing set of earphones for this, to make sure that people get to check out all the music in the highest fidelity possible.

All in all, it’s easy to see that Wen definitely has his hands full. While he can’t say that his life has become easier, but he is definitely happier since Carvers & Co was born.

And if that isn’t the secret to success, I don’t know what is.