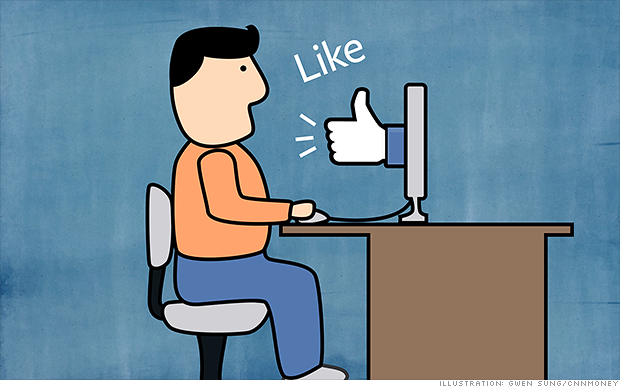 Last week, we asked if Spotify held the key to success for musical artists. Now, it seems other social media sites are claiming their ability to predict success as well. And not just in the realm of music either. So take notes, because social media sites like Facebook and Twitter could be well on their way to deciding whether you get hired — or fired.

According to The Telegraph, a Cambridge University study found that by analysing pages, people and things an individual ‘liked’ on Facebook, computers could generate data that rather accurately determined a person’s personality.

The amount of data required for an algorithm to make such an analysis is not substantial: 10 ‘likes’ can reveal a person’s personality more accurately than a co-worker, 70 is enough to paint a clearer picture than a friend, and 150 will give you better results than if you spoke to the person’s family members. To understand a person’s character at the same level as a spouse? 300 ‘likes’.

If you’re thinking that this is nothing much to shout about (after all, that’s why we stalk people on Facebook, right?), get this: the technology could potentially become a basis upon which employees, voters and spouses-to-be make major decisions.

Also Read
Sell Something (I’m Giving Up On You), Facebook

Co-author of the study, Dr David Stillwell, explained: “The ability to judge personality is an essential component of social living – from day-to-day decisions to long-term plans such as whom to marry, trust, hire, or elect as president. The results of such data analysis can be very useful in aiding people when making decisions.” In other words: be careful what you ‘like’ on Facebook, ‘cause you might get hired.

Meanwhile, a study by Nielsen found that Twitter activity could predict audience sizes when it came to premiere episodes of television programs. In fact, it was able to do so with up to 65% accuracy, based on factors such as the number of program-related tweets that users posted.

I’ll admit: these developments are pretty interesting, if only for their potential to influence the direction in which artificial intelligence is going. But beyond that, I can’t tell if this is going to be yet another development I have to fend off or tiptoe around. All I want is to be able to use the Internet without having to worry about things like digital footprints.

Call me old-fashioned, but I’d much prefer to be judged based on the real-life interactions I have with people, rather than what I foolishly ‘liked’ on Facebook five years ago.