If You Think Social Media Causes Stress, This Article Will Prove You Wrong 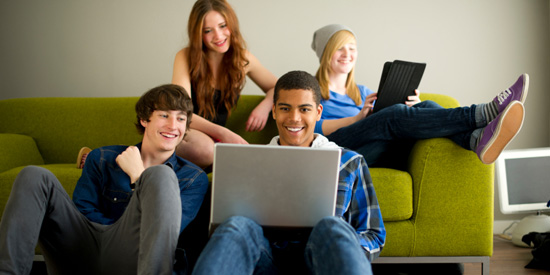 Recently, the Pew Research Centre — a think tank based in Washington D.C., USA — released an interesting report. The report found that contrary to the popular belief that social media creates more dread and agony, it could actually help to decrease personal stress levels among users, especially in females.

The assessment surveyed 1,801 individuals, who were asked questions based on the Perceived Stress Scale — a measure of how “overloaded, unpredictable and uncontrollable” one’s life was. Surprisingly, female users who frequently shared via social media (Facebook, Twitter, Snapchat, etc.) and text messages were found to be 21% less stressed than those who did not. Males in general were less stressed than females, whether they used digital technology or not.

Besides feeling less stressed, frequent users of Facebook also reported having more stable relationships, were more trusting, and received more social support than users who did not use the site.

Pew noted, however, that social media could bring on greater awareness of the stress faced by other people, which in turn made it more likely for one’s stress levels to increase. This was especially true amongst females, who tended to be more aware of such situations. Females reading about someone close to them experiencing the death of a child, partner, or spouse, for example, scored 14% higher on their own measure of stress.

So while social media gives us the opportunity to show our more personal sides, it also seems that stress is contagious: what we feel affect the stress levels of others too. This might be bad news for the Facebook lovers amongst us, but look on the bright side: it probably means that we are a caring and sympathetic bunch by nature.

With Singaporeans known to be higher-than-average users of technology, and the fact that most of us can’t live without it, we wonder what you think: Does using social media bring about more social stress? Are you able to distance yourself from it? Or have you caught a bout of FOMO as well?