Does The “Friendzone” Exist? 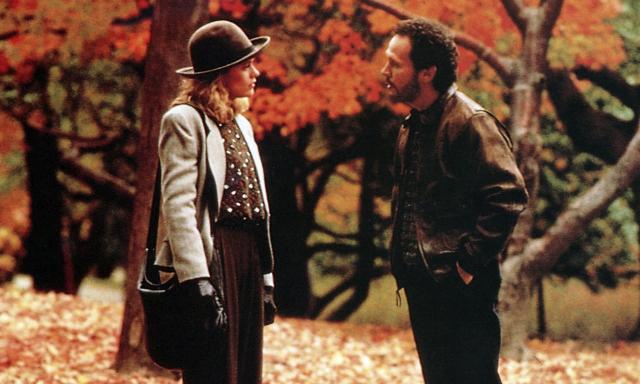 Everyone knows the classic scene in When Harry Met Sally, where Harry is certain at the start of the film that men and women can never be friends because the “sex thing” will just get in the way.

If you haven’t watched the film, spoiler alert: Harry and Sally do get together at the end of the film, even though the more realistic ending would be one where they, as Director Rob Reiner put it, “drifted apart and then ran into each other one day on the street years later and chatted about where their lives went, they walked away, and the camera pulled up”.

But the movie was never about answering the age old question: Can men and women truly be friends? Nora Ephron, like Sally in the movie, believed the answer was yes, and Rob Reiner, like Harry, believed otherwise. Ephron wrote in the introduction to the script that both of them were right, but that the movie was only ever really about the differences between men and women.

Of course, the ending of When Harry Met Sally only served to accentuate how men and women cannot be friends because feelings will get in the way. But the entire movie hinged on how Harry and Sally were already friends, whereas the word “friendzone” is most often used by someone who resents getting rejected in their advances by someone they’re not interested in having as a friend in the first place.

Then a friend of mine said that the “friendzone” didn’t exist.

According to him, it was simply a matter of whether a guy’s “got game” or not. And immediately I rushed to disagree. Like Sally did in When Harry Met Sally, I said that I’ve got lots of male friends whom I’m close with. Never in a million years would I think of ever starting something with any one of them.

The friend of mine then quipped, “How about in two million years?”

Which led me to reply, “Never in infinity and beyond.”

I’d always thought that the friendzone was an imaginary space someone believes himself or herself to be in when he or she is hopelessly in love with someone who only thinks of them as a friend. It was a term I thought that only sad, hopeless people used in relation to someone they couldn’t get over. To me, the friendzone didn’t exist.

By implying that it was impossible for men and women to ever truly be just friends because that decision somehow lay with whether the guy had it in him to get the girl or not, my friend didn’t really eradicate the “friendzone”. Instead, he made it out to seem like friendships between opposite genders were cheap and not real.

Because being friends with someone has nothing to do with gender. It has more to do with taking the time to make sure someone else’s wellbeing is okay, wanting the best for the other person, and not being afraid to tell the truth. It works like any relationship does, romantic or not.

More often than not, we tend to tie people to the assumptions of our genders, as Nora Ephron did, saying:

“The truth is that men don’t want to be friends with women. Men know they don’t understand women, and they don’t much care. They want women as lovers, as wives, as mothers, but they’re really not interested in them as friends. They have friends. Men are their friends. And they talk to their male friends about sports, and I have no idea what else.

But by doing so we forget that we are not man or woman first, but human beings as a whole.

Instead of worrying about this imaginary space we may or may not fit in, shouldn’t we get to know each other first?

To Fridays is a weekly column that hopes to be able to give you all the encouragement and love in the world. This week’s story is the 18th. #tofridaysvp

Also Read
Do You Believe In “The One”?
Categories: Luminary, To Fridays