5 Things People Do On YouTube That Strangely Go Viral 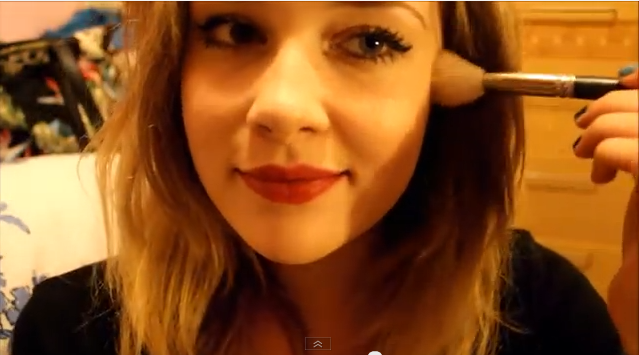 We love YouTube. It’s the friendly video platform full of music videos and movie trailers, where we check out cat videos and skits about things only Singaporeans would understand. But what we often forget is that it’s also a vortex of strange trends fueled by strange people, satisfying the deep hidden part of us that watches weird things — and likes it.

There are tons of things that people film themselves doing and put on YouTube, but here are the top 5 things that we have showed that we like — although we’re not quite sure why.

1. Touching random stuff with a mic set on high sensitivity

If you’re confused, don’t worry. It is one of those things that you have to watch in order to understand.

The makers and loyal viewers of these videos are firm believers of ASMR, or Autonomous sensory meridian response (ASMR), which is a strange perceptual phenomenon characterized as a distinct, pleasurable tingling sensation in the head, scalp, or back. This feeling is usually achieved by bringing a microphone to a high sensitivity, so you can hear the most minute of sounds like the hush from hair brushing or a hand running across a piece of felt cloth.

It is said to bring a relaxing and soothing feeling to some, which explains the virality of these videos, prompting more people to set up YouTube channels dedicated to ASMR.

If you think about it, it would seem really odd for these people to do what they do in real life. It’s definitely something that can only exist on YouTube.

Yes, it is a girl, eating. By herself. Not only that, but the amount that she eats is abnormally large for a single person, and she does so for hours. To a live audience.

This is the latest trend that has sprung up in Korea, especially amongst singles who live by themselves and often do not have an eating companion when they tuck into their dinners.

The Diva Eating Show isn’t the only eating show (or MokBang) there is — Choi Ji-hwan, a 24-year-old Korean man is one of the most popular ‘eating hosts’ around, with 260,000 subscribers tuning in to his nightly shows to watch him, well, eat.

Who would have thought that anyone would enjoy watching someone else eat? I didn’t.

3. Building Houses In The Sims

We all know the Sims. We’ve played at least one version, controlled the characters as if we were gods, or drowned or starved a Sim for the fun of it. But while we had fun playing it, people are now having fun watching it instead.

As part of the latest craze in watching people play games (Pewdiepie would prove its virality), people are now tuning in for what we thought was the most boring part of the Sims — building houses.

These building videos last anywhere between 20 minutes and a full hour, depending on the houses people build — they can be something as modest as a treehouse, to a luxurious bachelor’s penthouse. It’s a bit odd that people are willing to spend that much time watching someone else build a house on a computer game when we can hardly stand watching YouTube videos lasting longer than three minutes, but YouTubers like TheSimsSupply or Deligracy have amped up around 23 million views each.

And you have to admit, the houses that are built look spectacular.

This one is a tricky one. The science behind hypnosis is one that is highly debated, and yet some people on YouTube are claiming to be able to hypnotise their viewers. With a swirling background and a voice-over that says affirming phrases to you, these videos try to compel you to do a range of things from getting over your bad habits to not being able to move.

One channel, UltraHypnosis, has already gotten over 26 million views, and many other hypnosis channels have also sprung up.

Does it work? Some people in the comments section have certainly said so — but then again, how many people will give up 20 minutes of their lives to stare at a YouTube video of a pink swirl?

There is no reason why anyone would like this show unless they have an appreciation for all things tiny, and this is as tiny as it gets. While some of the foods are not edible and are meant to be used as decoré, others are edible and can probably be swallowed within a fraction of a mouthful. (Talk about cutting down on your food portions!)

These videos are only a few minutes long and are usually made in absolute silence, other than the sound of the scrapping of a bowl or the actual sizzling of oil on a pan.