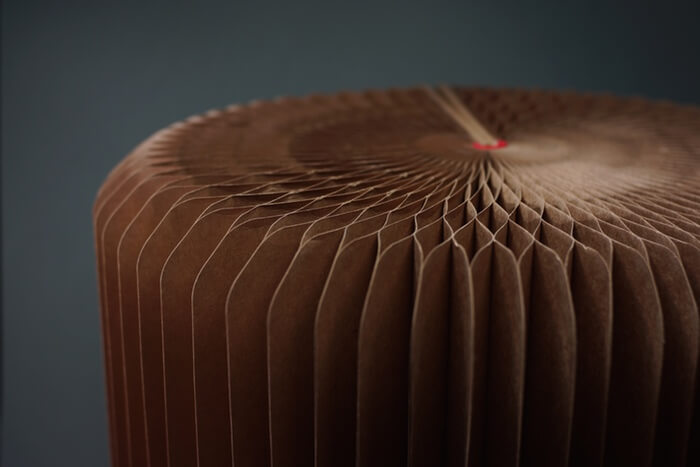 Public flats in Singapore are getting smaller. Granted, these small homes are beautiful, but let’s face it, at the end of the day, you can only do so much. What happens if you don’t have enough storage space? Buy a bigger flat? Go through another round of spring cleaning that induces uncontrollable sneezing? Get a quote at Extra Space?

Mike Mak, a designer based in Hong Kong, is no stranger to the problem of limited space. “I love having friends at my place, but have never had enough seats for everyone,” he writes on his official Kickstarter campaign. After pondering over the tricky issues brought about by space shortage (and given a honeycomb board sample at a furniture fair), he had a lightbulb moment.

It is able to withstand weights of up to 170kg (375Lbs) and works as a stool, a coffee table, a nightstand, and even a standing work desk. When you’re done using it, just fold it and put it back on your bookshelf. Noticed how much space you’ve already saved?

Most importantly, you can stack BOOKNITURE up to make a table and chair set. You can also turn it into a bench by adding a board on top of two BOOKNITUREs. How’s that for thinking outside the box?

Also read: Kickstarter Pick Of The Week: This Chopstick Will Give You The Perfect Eating Experience

As of now, the campaign has already surpassed its $50,000 goal. One question you might be wondering is, how does Mike feel about the surreal experience?

He admitted, “It feels so much more pressured than pleasure right now. I didn’t expect the reaction to be this good, since this is the first project of Plateaus on Kickstarter.”

He further explained that BOOKNITURE mainly involves handicraft work. He revealed, “I need to keep up with the delivery time and not let people down.”

Mike is an accomplished designer with over ten products under his belt. When I asked for his favourite product, he picked the Eyeclock without missing a beat. He said, “It’s my first product and it indicates my design philosophy — simple yet easy to understand.”

The camera-shy designer, who took nearly two days to practise the script for his Kickstarter campaign, hopes that BOOKNITURE will ultimately make a mark in the world. “I hope it will become the best housewarming gift, because at a lot of housewarming parties, I am actually sitting on the floor,” he revealed.

Are you a pack rat? Do you have a love for books? You can fund BOOKNITURE here.

Also read: Kickstarter Pick Of The Week: This Mechanical Pencil Will Last You A Lifetime