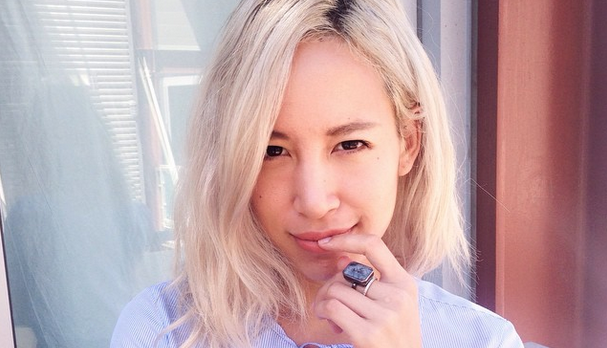 This is the single, most important reason why, till today, I don’t own a piece of wearable tech: they always look too obvious. I’m talking about the way wearables tend to look too much like gadgets for their own good — nothing wrong with that, of course, except I prefer a little more subtlety when it comes to the things I wear.

But the wearable scene is slowly evolving, with the latest wearables becoming a lot more understated and, well, wearable. The Withings Activité, for example, is an ordinary-looking watch that secretly houses a fitness tracker within.

And joining its (rather good-looking) ranks is the Ringly, which, as you might have guessed, is a wearable that comes in the form of a ring. The founders of Ringly, Christina and Logan, stated on their website that their “core belief is that technology can be more discreetly integrated into our lives.” Which — thank you, Christina and Logan — is exactly my belief as well.

Slightly underwhelming name aside, the Ringly is a pretty interesting piece of jewellery. Here’s how it works:

The accessory syncs with your smartphone via the Ringly app (available via the Apple App Store and Google Play Store), and receives alerts whenever you get a call, text, email, upcoming meeting, or social media notification. These alerts come in the form of vibrations and coloured lights, both of which can be customised by wearers.

The best part about the Ringly, though, is that wearers can choose what kind of notifications they want to receive via the ring. So the arrival of your Uber, for instance, would trigger a series of vibrations on your Ringly. That call from a pesky telemarketer? Not so much.

One of my pet peeves is bad packaging, and this is yet another detail that Ringly has gotten right. Instead of the flimsy, cheap-looking fabric bags that some jewellers still insist on using, rings purchased from Ringly come in their own boxes.

And get this: the ring box also functions as a charger, so all you have to do is place your ring into its box and plug it into a power socket to charge. (The Ringly supposedly lasts more than 2 days between charges, which is alright, given how small the battery needs to be to fit into a ring.)

The Ringly is not without its flaws, of course. For one, it will only be able to receive notifications from your phone if they’re within 20 to 30 feet (or about 7 to 10 metres) of each other. That’s not much, but then again, how often are we actually further than 10 metres away from our phones?

So unless you see yourself getting kidnapped — in which case you’d probably have more important things on your mind than a missed call — this isn’t that much of an issue. Until, of course, Ringly finds a way for us to make calls with the ring itself.

Spoilt batteries can’t be replaced either, which means that if the battery in your Ringly dies, you’ll have to buy a new one, or go back to actually checking your phone for notifications — which, after all that subtle, spy-on-a-mission ring wearing, is going to seem so primitive.

Ringly launched in New York last year but thankfully for us, they ship their products worldwide, so we get a slice of the beautiful wearable market as well. They’re currently offering special prices for those who pre-order a Ringly, and with publications like TODAY calling the Ringly a ring “Worth proposing with!”, you know this wearable is a very wearable one indeed.