SMRT’s Got Talent, Or How To Entertain Others During A Train Disruption 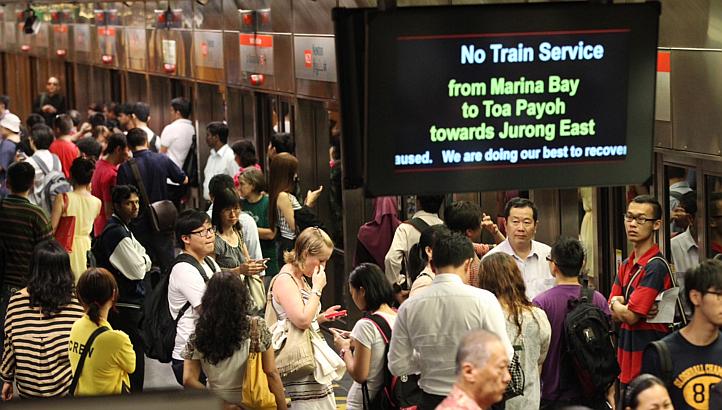 So while scrolling through many, many tweets from annoyed passengers about yesterday’s Bukit Panjang LRT disruption, I came across something unexpected: this lovely video of a woman singing opera-style on the MRT, taken a week ago.

good tho! ? “@karamije: I didnt know that SMRT now had a live opera show inside the train HAHAHAHA ??? http://t.co/bxCTHSCQLA”

Of course, this isn’t the first time that videos of Singaporeans showing off their awesome vocals have surfaced on social media. Back in 2013, a video of “ukelele girl”, an NUS student singing Jason Mraz’s ‘I’m Yours’ and playing the ukelele on an NUS shuttle bus, went viral on Facebook:

And how about this lady, whose overwhelming love for Chinese New Year this year led her to sing along to a CNY song that she played on her phone for the whole carriage to hear?

It’s not just singing, too — never let it be said that Singaporeans aren’t a multi-talented bunch of people. A few months ago, an audio recording of an MRT driver’s amusing live commentary further disproved the notion that Singaporeans have no sense of humour. Then there’re the passengers who have been captured dancing…

And one glorious day last year, the cast of ‘The Sound of Music’ sang on their commute to their performance at the Marina Bay Sands theatre.

As these quirky passengers have shown, there’re plenty of options for you to choose from in the name of entertaining your fellow commuters when an SMRT disruption occurs. After all, you’ll all be crammed together for the next hour or so — why not seize the chance to build some of that kampung spirit we’re always wistfully going on about?

If you’re trapped on a congested station platform, try serenading the entire station a capella. If you’re on board a stuck MRT, grab the nearest pole to try out pole-dancing. Or if you’re stuck in some horrendously long queue for the bus bridging services, form an impromptu line-dancing class. All the station’s a stage, and all the passengers merely your appreciative audience.

That, or you’ll just have to hope that some of these people are on your train the next time it breaks down.

Also Read
#SMRTmovies: A Reminder To Be Funny, Even When Your Train Is An Hour Late
Categories: Social Media User, Entertainment, Singaporean