The Moto 360: Is Customised Wearable Tech The Next Big Thing For The Industry? 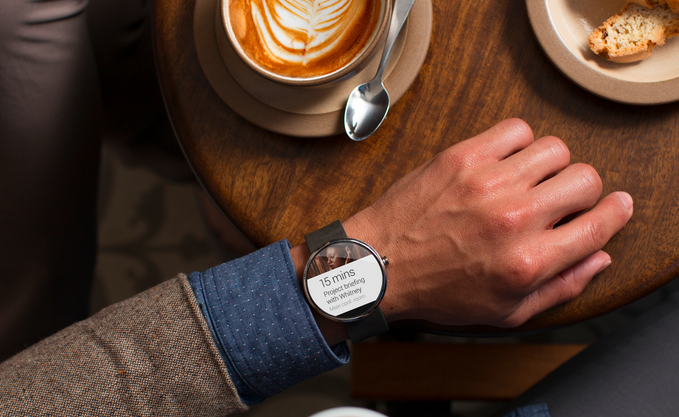 You’ve all heard the buzz surrounding the Apple Watch. Well, Android isn’t about to let it all go down without a fight — particularly with tech giant Motorola, whose flagship Android wearable device, Moto 360, does one hell of a job at blurring the lines between gadget and style.

I have to wonder if the design has a lot to do with the project having been developed and launched while Motorola was still under Google (ownership has just recently switched to Lenovo). But regardless, the Moto 360 bears minimalist design innovations that are, quite frankly, impressive.

It’s not the latest Android Wear release, but in the interest of keeping up with the competition, they’re making inroads into customisation that is unprecedented in the industry.

It starts at around $300, which isn’t bad, given that the design will allow you wear it as a versatile timepiece. The 1.56” LCD display, with a crisp 320 x 290 pixel screen, is encased in unbreakable Corning Gorilla Glass 3, runs on 512 MB RAM, 4GB built-in storage, and has a fashionably-oversized 46mm diameter face. And internally, it’s the only Android Wear device that uses a Texas Instruments chipset, versus Qualcomm Snapdragon 400.

It’s also available in various metal finishes, and you get the option to use a leather strap as well.

Like the Apple Watch, the Moto 360 has a microphone set up that’s able to access voice commands, with built-in optical heart rate monitor and pedometer. The device also runs on Android Wear OS with Google Now integration.

Personally, I find the new customisation options most appealing, and you can check them out here.

I mean, for most wearable device makers, in the interest of packing in all their intended bells and whistles into such little space, they forget that they want it to be worn. And the ability to customise the Moto 360 goes a long way towards making sure that you can properly create a wearable that fits your style.

But It’s Not All Good

Despite all the good things I’ve said about it, the Moto 360 is far from perfect.

Battery life lasts a full day on a full charge; that means having another gadget to charge at the end of the day. But then, what gadget doesn’t suffer from a short battery life these days? Then there’s the fact that it does fall a little behind when it comes to hardware specs — but this may have been done as a way to actually make the device more wearable.

Overall, though, I’d say that what the watch lacks in features, it more than makes up for in design and wearability. This places it a few paces ahead of the upcoming Apple Watch, in my book.

Also Read
Android Phones You Need To Look Out For In 2015
Categories: Tech For Ladies, Geek, Gadget Enthusiast, Reviews