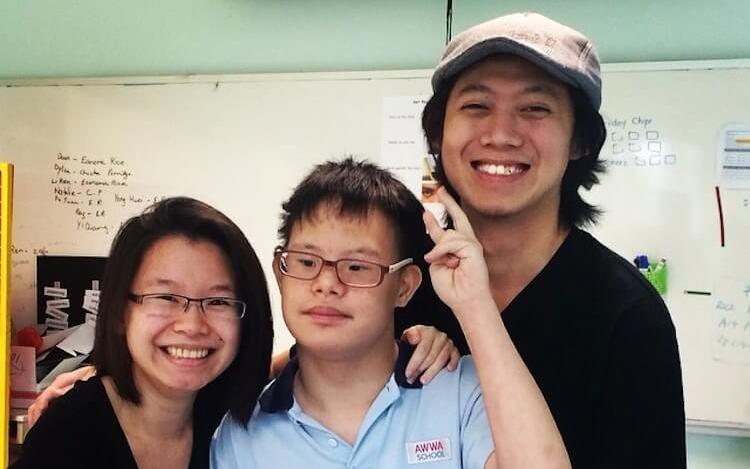 At Jonathan’s, we understand how hard it is for you to find a place to eat worry-free when you are dining out.

It is therefore our promise to you that we operate a completely gluten-free kitchen. We do not bring or store any products containing gluten in our kitchen, this enables us to guarantee a contaminant-free dining experience for you and your companions.

Opening Jonathan’s wasn’t a desultory decision for married couple Gabriel Lee and Agnetta Lew. “It has been our dream to open a speciality café to cater to special needs’ children and everyone else with such dietary restrictions,” explained Gabriel, the Co-director of the Singapore-based bakery.

Gabriel, who was previously working at a tuition centre while pursuing a Bachelor’s degree on a part-time basis, decided to join forces with his wife — then a pastry chef at a French restaurant — to open a café. “We could see that there is not just a niche, but a growing market for allergen-friendly products. Thus, we started putting our ideas to paper, and a small café named Jonathan’s was born.”

How Did The Name Come About?

The café was named after Agnetta’s 13-year-old brother, Jonathan. When Agnetta was working at her old job, she came across a middle-aged customer and her five-year-old son with a dairy allergy. After requesting a non-dairy meal — which was a slice of white bread, as it was the only option available — she went on to order and eat a cupcake in front of her child.

The iniquity struck a chord with Agnetta, as her younger brother has an intolerance towards gluten and many other foods brought on by Down Syndrome. “[Jonathan] was off gluten and rice, which would give him hair loss and severe constipation,” Gabriel shared.

“Though it was my idea to name the café after Jon, it was Agnetta’s passion for artisan baking that was inspired by her little brother, mainly due to his restricted diet when he was younger.”

Also read: Thanks To B1G1, Something Great Happens When You Buy A Cup Of Coffee

When I asked Gabriel if there are any surprising lessons he has learnt from running the café, he said that it was the lack of knowledge and awareness on food allergies. His concerns are on point; we need only look at the bigger picture to realise that they’re true. Despite the growing trend of healthy living in Singapore, there are still “people who are ‘healthy eaters’, yet do not know what gluten-free really is.”

“Because we deal with people who have gluten sensitivity and other allergies, it is difficult for us to steer away from the ‘fad’ image when there are many people doing it just to build a ‘health foodie personality’. Hence, we project ourselves as a purely gluten-free and allergen friendly café, and not just as a café that serves ‘healthy food’.”

Jumping On The Gluten-Free Bandwagon

I asked Gabriel for tips on joining the gluten-free club, and this is what he recommended: “Be patient and start small. Cut out or reduce only wheat (commercial breads, noodles, etc.) for the first few weeks before moving on to eliminate other gluten-containing products like barley, oats and soy sauce.”

Jumping on the gluten-free bandwagon also comes at a price: “Bear in mind that it isn’t easy to eat gluten-free in Singapore, and you would have to tolerate judgment from others that do not understand.”

Jonathan’s is re-opening in May 2015 with a new space; in conjunction with the café’s new beginnings, a housewarming party will take place at their new location, 17 Dalhousie Lane.

Gabriel revealed that there will be a wider selection of pastries and desserts (read: their newest salted caramel brownie), and drinks will be on the house.

A café run by such knowledgeable owners and making its mark on the healthy living community? I’m banking on it. You can find out more about Jonathan’s here.