What Would Singapore’s History Smell Like? Singapura: 700 Years Shows You Just That 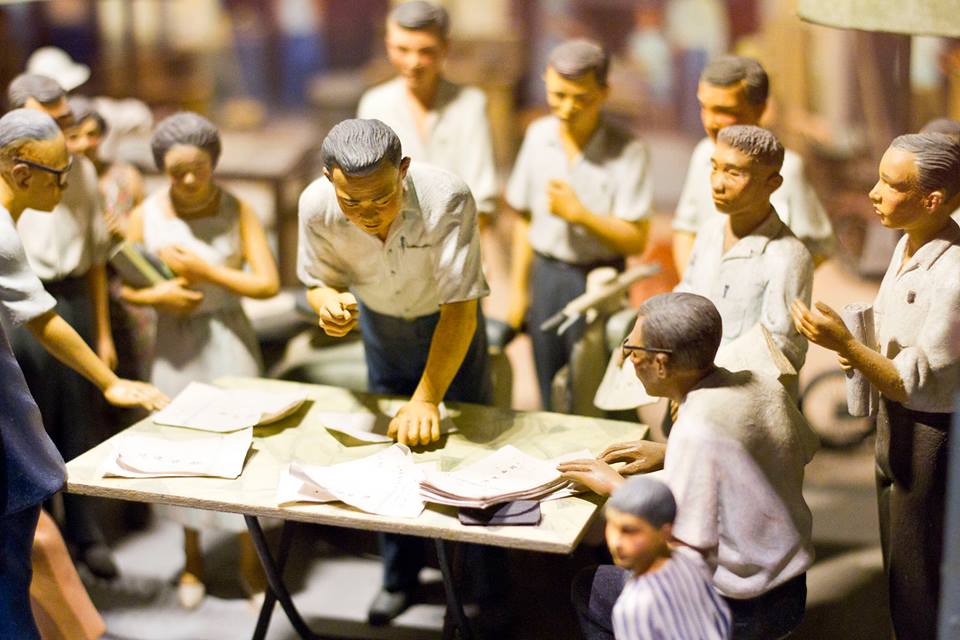 For years now, I’ve had a tiny, clear bottle of perfume in my possession. It was my favourite scent, and I used it every day — almost exclusively. But in the last couple of years, I’ve found myself developing a distaste for the fragrance. I flip open its cap once in a while, just to see if I might have changed my mind about it, but no such luck: a whiff of the scent is enough to make me turn away and snap the bottle closed immediately.

I’ve spoken to many people about this seemingly strange phenomenon, and friends and family alike tell me it’s because I associate the scent with something bad: “Maybe you were wearing it on the day you injured yourself and got all those stitches on your face?”

Like the suspicious, distrusting person that I am, I decided that my closest relatives’ words were not to be believed. I continued to test my tolerance of said perfume with my thrice-yearly ritual — until I got an email from Prachi Saini, an olfactory artist who’s also the founder of Je t’aime Perfumery.

Prachi is the Master Perfumer behind SINGAPURA: 700 Years, an exhibition showcasing the different eras of Singapore’s history. It is currently open for viewing at the National Museum of Singapore.

From 17 April to 18 May, though, the exhibit will feature an additional series of 12 scents to accompany each era, courtesy of Prachi and her team. The scents are said to evoke memories of the different time periods in Singapore’s history. Some of these scents include ‘Singapore Stone’, ‘Life before 14th century’ and even ‘Fear during Japanese invasion’; clearly, these are not smells you will be forgetting in a hurry.

With this being the year of countless SG50 celebrations, the concept for this exhibition is a very apt — if unusual — one. I had to ask Prachi how she came up with the idea, and to my surprise, this isn’t exactly a new project for her:

“As a designer, you want to play with your material, and occasionally get tired of the good smells (perfume)…One of these days, I was tired of making perfumes, and decided to copy how different areas in Singapore smell. I developed roughly 50 smells (areas like Haw Par Villa, Bugis, Kai Kai and Jia Jia’s [the Giant Pandas housed at the Singapore Zoo] cage, etc.).”

Later, she said, she got the opportunity to discuss this idea with the Museum director, who liked the concept and asked her to develop “Singapore smells as it would have been during various times.”

As someone who’s helped others find their signature scents and even launch their own brands, Prachi is clearly no stranger to the art of perfumery. Yet, I would imagine that creating scents about a country’s history would be a whole different ball game — a point which Prachi was quick to point out.

“The biggest problem is the raw material. Perfume ingredients are available easily, but most of them cannot be used to make a non-perfume smell,” she explained, adding that she had to do extensive research in order to learn about the ingredients she would be able to use to create the unusual scents.

“There is little or no information on other ingredients. So I had to read a lot, particularly about the tobacco industry, cheese industry, and etc., where stinky flavours are used,” she elaborated.

With so much work going into developing the 12 scents, I wondered how long it took for them to materialise. Prachi’s reply? “Roughly 3-4 months. I have met many people including docents, volunteers, experts, curators and museum staff in the process. It’s not just my work, but a team-effort. I was only mixing; others guided me where to go.”

But how do you know when you’ve got a scent that accurately encapsulates what you want to express? I press, my unenlightened self clearly unable to grasp the concept of making such seemingly abstract scents. Thankfully, Prachi explained:

“I am very organised; I usually know what I want and choose roughly 50-60 ingredients. After a few trials, I know which ones I will throw away and which ones I will keep. Eventually, I know the right formulation.”

In the case of regular perfume, it’s easy to explain what my favourite scents are: I tend to go for fresh, floral ones. With such out-of-the-ordinary smells, though, does Prachi have a favourite?

“I guess it would have to be ‘Fear’. I had made two different scents called ‘Death’ and ‘Torture’, but the pungent smells were too unpleasant, so we had to bring it down to the slightly more palatable ‘Fear’.”

The Vulcan Post team managed to get our hands on samples of the scents, and had to see for ourselves what the effects of the smell of ‘Fear’ would have on us. After all, Prachi said, “when we were designing it, some team members were affected to the extent that our discussion escalated into an argument.”

Fortunately for us, we did not end up quarrelling; instead, we felt an immediate aversion to the smell. Some of us thought that it smelt like something was rotting, while others said it seemed to hit a raw nerve. Overall, we felt a little woozy and sensed a headache coming on after working our way through all 12 scents — a preferable outcome, by many accounts.

The Link Between Scent & Memory

Speaking of fear and unpleasant memories, I couldn’t help but ask Prachi if she could give some kind of explanation as to why my old bottle of perfume was causing me such distress. She explained, “Our memories are formed visually, but are bound by smell. That’s why smells make us remember our mum’s kitchen, or other nostalgic things.”

So it seems I might actually have been wearing my old perfume after all, that day I got all those stitches on my face. (Though I wouldn’t go so far as to call that experience a nostalgic one.)

And despite the possibility that we might associate certain scents with bad experiences, it seems us humans were, in fact, engineered to not only respond to smells, but enjoy them — even non-perfume ones. To Prachi, we remain fascinated by perfumery and scents “for the same reason [we] like art and fashion. It helps us express ourselves; it’s our silent interaction with the world.”

“People like smells in general…I have seen kids getting fascinated by oranges, and adults craving for lemonade when they smell it. On a more practical level, it shows our hygiene levels, and in some parts of the world, signals wealth as well.”

Armed with my newfound knowledge about scents, I couldn’t resist asking what a Vulcan Post-themed perfume would smell like. And Prachi’s response was a very generous one:

“It should smell of success first. Sincerity and Clarity second, and Information third. Freshness to reflect its white background. So I would make it a woody-oriental smell…Woody people are sincere and command respect. They put their best foot-forward in every case and work hard. Oriental is the smell of success; Orientals are strong-headed, and make decisions and stand by them.

Fresh individuals are energetic and clean.”

With the launch of this exhibition, it seems perfumery might just become an art that Singapore will soon come to embrace. Prachi, for one, is definitely looking forward to a development in this area, and has hopes of opening a Smells Museum one day.

The SINGAPURA: 700 Years exhibition (showcasing the 12 scents) will run from 17 April to 18 May at the National Museum of Singapore, with a chance for visitors to make their own Singapore scent on 2 May (tickets will be available on SISTIC from 13 April).