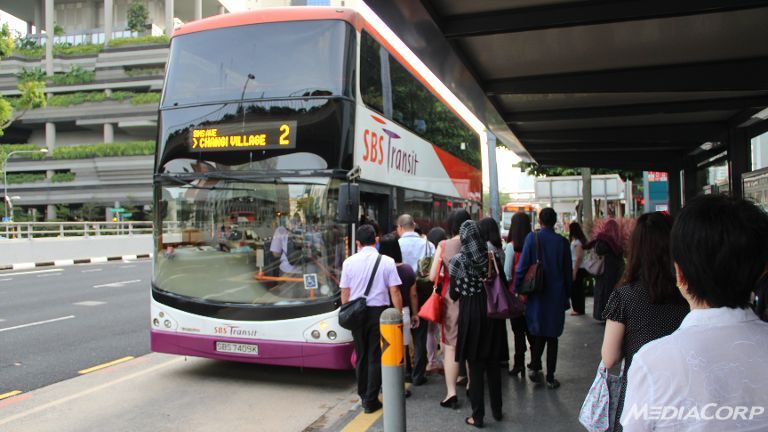 UPDATE (15/06/15): As of today, users of SG BusLeh on Android will be able to view actual locations of buses, in addition to the usual three timings offered for each bus service. This information will be available to users in a map view, together with details like how many bus stops away a bus is.

UPDATE: The SG BusLeh app is now available for iOS. A new version of the Android app is also available from today, and features updates such as a search feature, as well as a function that launches the Search or Nearby page on the app, depending on whether users have GPS switched on.

Transport is an important, yet sometimes infuriating aspect of life for all Singaporeans. Much of our frustration stems from not knowing for sure when buses will arrive, and to a lesser extent, whether there will be seats and standing space available on incoming buses.

To fix that, numerous apps such as SG NextBus, MyTransport.SG and SG Buses have been launched, in an attempt to make our commute a smoother one. And now, a new app that calls itself “The Bus App Singapore Truly Deserves” has made its debut: SG BusLeh launched yesterday on the Google Play Store, and will be released on iOS in June 2015.

The app was developed by Singapore-based app development company Originally US LLP, which was founded by Calixto Tay. This is what he had to say about existing bus apps:

The main questions users would have about SG BusLeh, presumably, would be the new features that this app offers, as well as how it differs from the tons of other bus apps out there.

According to a press release, SG BusLeh will offer users a simplified approach towards checking bus timings, thanks to an easy-to-use interface. This was done in the hopes of reducing the number of steps that users have to go through in order to acquire information on their buses. Other benefits it promises includes the following:

But how good is SG BusLeh, really? We present a side-by-side comparison, so you can see for yourself.

A bus app that is largely similar to SG BusLeh is the arguably more well-known SG Buses. Like all bus apps, SG Buses allows users to check for available buses, bus stop locations, and the timings of buses — each of which are displayed under separate tabs.

But although SG Buses has been around for a while now, its ratings on Google Play averages only a 3.6 out of 5, compared to the very new SG BusLeh, which has an average of 4.5. The latter has even garnered some promising reviews. It is still too early to tell which app will ultimately win the hearts of users, but this is what we gather as of now:

One major difference between the two bus apps is the way their Nearby tabs are designed. When you tap on the Nearby tab in SG Buses, a list of bus stops nearest to you will show up, like so:

To find out the bus services available at each bus stop, you must then click on each individual bus stop — a troublesome and time-consuming process especially if you’re in an area you’re not familiar with.

In contrast, SG BusLeh takes you to its Nearby page immediately, effectively condensing SG Buses’ 2-step process into one.

Another difference between the apps is how bus timings are indicated. SG Buses lists two bus timings for each service, while SG BusLeh lists three. This makes the latter more useful for anxious Singaporeans, and does go a long way towards helping you plan your journey.

Apart from that, both apps make use of LTA’s bus arrival time data, so they’re more or less on par in that aspect.

Singaporeans who prefer not to board packed or overcrowded buses would understand the importance of capacity indicators. And both apps do include this feature, though they do it quite differently. SG Buses uses a colour indicator, like so:

Meanwhile, SG BusLeh indicates bus capacity through the use of a bar that slowly fills up with colour — green when the bus is relatively empty, then orange, and finally red when there is no space left on board. The style used by the latter is definitely a more intuitive one, and doesn’t require users to memorise what each colour means.

SG BusLeh takes the cake when it comes to being the more efficient bus app in Singapore. It’s more intuitively-designed, and its user-friendly interface does help in the time-saving aspect — which, honestly, is the whole point of using a bus app in the first place.