The Co. Reveals The 6 Startups Which Emerged From Startup Next Demo Day 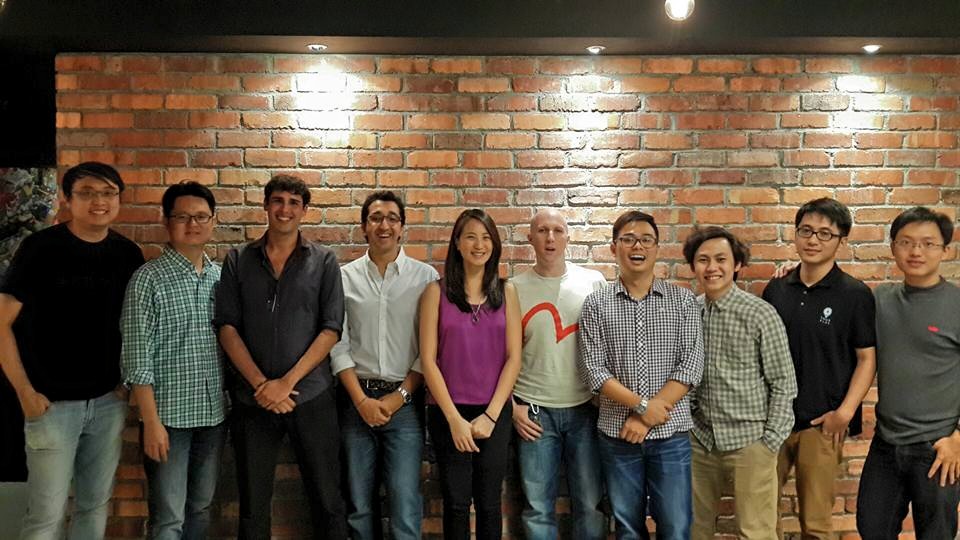 Just about a month ago, 7 local startups from WatchTower & Friends did their pitch on Demo Day. This time, I visited VLT where 6 startups from Startup Next showed what they’ve got with a 3-minute pitch to a panel of 3 judges.

Startup Next is a five-week pre-accelerator program that is run by The Co. Kuala Lumpur. The Co. brings the community together by giving them opportunities to make meaningful connections, whether by their co-working spaces, or by holding events that add value to the ecosystem and wider community.

The people at The Co. launched Startup Next to be more involved in the startup ecosystem from a grassroots level. Startup Next focuses on levelling up some hand-selected, early stage startups with great potential to a higher standard so they can either get into an accelerator or win seed funding. The winner of Startup Next ultimately goes on to attend a Demo Day in Silicon Valley to continue to learn from other top founders about building startups.

Here are the 6 startups from Startup Next and the winner who will be revealed at the end!

According to Expedia, it usually takes 16 days for one to plan a trip; Tourplus aims to make the planning a whole lot simpler by providing a list of set itineraries for users to choose from. We’ve actually featured Tourplus on Vulcan Post before, whereby our writer spoke to the founder about the features offered by Tourplus and how they intend to make travelling easier for users.

The judges were concerned about how the startup were to make money from Tourplus because it would depend on whether users would be willing to pay $2.99 for an itinerary.

HOD acts like a bookmark but for videos, allowing users to add 10-second tags onto videos which are searchable by users. This is for users to identify particular sections of a video quickly and easily.

This startup aims to target the education industry first. So for example, a lecturer can add a tag to the 1:11 section of an educational video or video of a lecture and name the tag as ‘The Negative Effects Of Smoking” and the 2:30 section could be tagged as “Chemicals Found In Cigarette Smoke”. They are currently running pilot tests on 2 universities.

Golf Primo is an online golf booking platform, like the Expedia for golf, if you will. Users can book their golf tee time online, which is very useful for when the golf clubs are already closed after operating hours. It’s uncertain whether this platform would hit off among golfers in Malaysia but the team is optimistic as they already have over 14k likes on Facebook.

WyserLab makes an interesting move in this world of knowledge and education. It is a peer-to-peer platform for users who want to learn, and for users who are willing to share their expertise.

On the WyserLab website, there is a poll available for the public to vote on what topics and industries they would like to learn more about, and it is no surprise that one of the top voted topics are ‘Startup Entrepreneurs’. Other popular topics are also related to technology, like ‘UX/UI Designers’ and ‘Android Developers’. Interestingly, ‘English Language Teachers’ is the second highest voted topic, which shows that the public do recognise the need to learn from experts in the English Language.

The judges asked the team about how they were going to source for experts and about their revenue model. They mentioned that one challenge would be to ensure that experts continue to use the platform instead of leaving with WyserLab’s users.

According to some stats by the Petsodia team, 48% of people travel less once they start owning a pet, and 73% of pet owners feel guilty about leaving their furkids in pet kennels while they are away on vacation. Users can sign up to be a pet sitter and offer their services, or hire other pet sitters.

The judges voiced their concerns about the importance of balancing supply and demand, so Petsodia founder, Patrick explained that they intend to focus on growing the number of pet sitters so users will have options available.

You knew that Barisan Nasional (BN) would win the most seats in the 2013 Malaysian General Election. You predicted that Germany would win FIFA World Cup in 2014.  You had a gut feeling that Farah Ann Abdul Hadi would emerge gymnast champion for the SEA Games this year. You pride yourself with the ability to ‘predict the future’ and you can get rewarded for your intuition skills on social platform IKnewIt.

IKnewIt allows you to build a track record for your smart predictions and you can engage in meaningful discussions with friends and opinion leaders on topics that you are interested in. You can earn recognition for your opinions and gain a reputation among other IKnewIt users.

Among the total 6 startups, this is the only one that the judges asked what they would do with the USD$400,000 funding that they are pitching for. The founder replied that 75% of it would go into product development to design and create a better product and improved user experience.

After deliberation, the judges announced IKnewIt as the winner of this Demo Day by Startup Next. It didn’t come too much of a surprise as out of the 6, it was the one that would appeal to the masses since everyone has an opinion and in the sea of voices online—we all want to be heard and remembered.

Update: The funding that IKnewIt was pitching for is USD$4ook, not USD$400 as published earlier. The figure has since been updated. Also do note that some of these startups are still in its early stages, so they are still working on improving their products and services. To get in touch with the founders, you can reach out to them via Facebook or get their contact via Startup Next Kuala Lumpur.