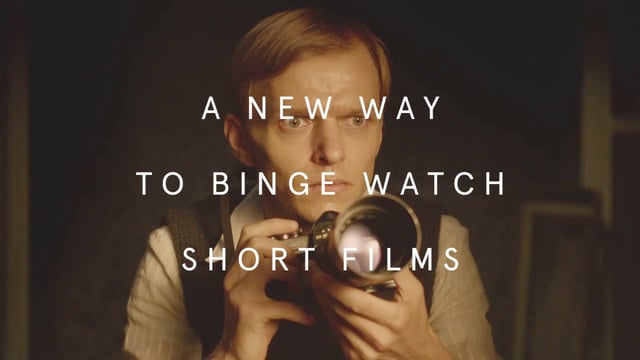 In this golden era of YouTube, Vimeo and other video sites both established and pirated, finding enough video content to kill an hour — or ten — is hardly difficult for us. Finding quality films to binge on, however, is often much tougher. With the video space saturated by countless movies, TV series and pointlessly adorable cat videos, it can be hard to discover films that suit our tastes outside of the typical blockbusters.

Which is why I was thrilled when Singapore-based film curation platform JUMPTHECUT finally launched their first film selection last weekend. The brainchild of Singaporean designer Andric Tham, JUMPTHECUT is the ultimate online cinema for indie film lovers. The site’s quirk factor doesn’t just come from the fact that all the short films it streams for free are fresh and independently-produced; what makes it truly interesting is the way it can curate films for you based on your personality type.

JUMPTHECUT’s launch edition features forty short films, created by indie filmmakers from all around the world and handpicked by Andric’s team. From this playlist, the platform’s algorithm will present you with films based on your chosen ‘vibe’ — a kind of personality type that spans the gamut from dreamer to adventurer, logician, and archetypal hero.

But since four ‘vibes’ are just too small a number for true personalisation, the way the site curates films for your viewing pleasure is actually far more subtle than that. Each short film comes with a ‘skip’ and a ‘thumbs-up’ button alongside, and according to the JUMPTHECUT team, their smart playlist ‘learns’ your tastes based on the films you watched and enjoyed.

The more you watch, the better the platform can understand what you like and so make recommendations. As the team puts it, it’s the “cinephile equivalent of Pandora Radio”.

All this personalisation might just be the key to getting more Singaporeans interested in the vast array of alternative, yet stellar entertainment out there. Tons of extraordinary indie films are produced each day — Andric likens the vast imaginative power of cinema today to the creation of “whole new galaxies…every hour” — but unless you’re a seasoned hipster, it’s easy to feel lost as to where to start.

JUMPTHECUT, Andric says, aims to serve as your very own telescope — bringing into focus “entire constellations of films that are rarely seen, mostly ignored”.

Having spent a good few hours binge-watching indie films on JUMPTHECUT, I can safely say it has a fantastic range of films that you won’t find anywhere else. From Baùll by Daniele Campea, a haunting Italian folk story of loss and grief, to Fredrik Elfstrand’s This Could Be The Night, an all-too-relatable vignette of a twenty-something’s reluctance to be tied down by adulthood, the launch edition has dozens of little-known gems that make for compelling entertainment — if you’re willing to tear yourself from Game of Thrones for one night, that is.

The only possible complaint I have might be that there’s no replay option — sadly, you won’t be able to rewatch that badass scene or bittersweet moment over and over. And because the films are so obscure, you probably won’t be able to hunt them down on Google either.

Amazing though the film selection may be, movie marathons with your laptop in a silent room can get old fast. If you’d like company, popcorn and a more immersive experience to satiate your film craving, JUMPTHECUT also plans to hold a monthly screening of selected films at The Projector, one of Singapore’s indie art-house cinemas, at a later date.