Despite Being Less Cool, This M’sian Startup Wants To Be Your Personal “Jarvis For Iron Man” 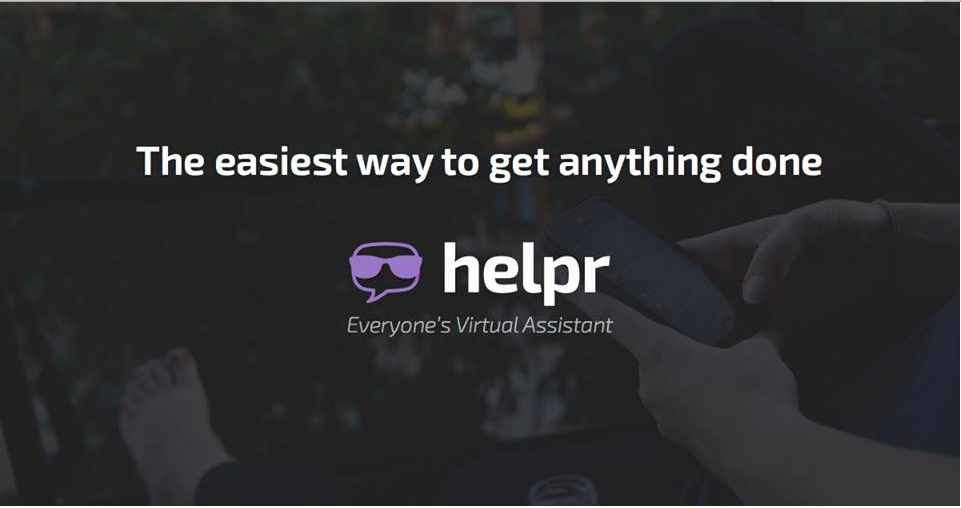 While the use of mobile apps and smartphones is the way of life in today’s world, getting stuff done via a simple SMS is also gaining traction here in Malaysia. Helpr is one such service that does so.

“Think of Jarvis for Iron Man, except less cool.”

Helpr is a virtual assistant that’s accessible via SMS. The premise is that any time you need something done—done quick—you can send them a text regarding your request and the folks at Helpr will coordinate everything until things get done.

Helpr is accessible by anyone who has a device that’s capable of sending and receiving a text message. Services similar to Helpr, like Be Malas, are all about catering to human needs as and when they arise. Their business models are built on the idea of providing both simplicity and efficiency to their customers and it’s all about the amount of time these services save for customers.

Helpr was founded a few months ago after being inspired by the traction Magic was getting in the United States of America. The team then sat down and pondered upon the business opportunity and figured out a way to replicate a similar business model here in Malaysia.

The founders of Helpr began discussing the idea in April and they eventually established the company in the month of June.

“As we are still in a beta stage, internally, we would like to grow the team to a size where we feel confident in really serving customers nationwide. Right now we do our best to serve customers all over the country but there are instances where we just don’t have the capacity to fulfill it. Ideally, we want to be the virtual concierge that focused on coordinating all requests till things get done,” the team added.

Also Read
These 4 Startups In Malaysia Will Make Us All Super Productive (Or Fat, Lazy Bums)

On-demand services in Malaysia are on the rise and they are steadily gaining traction in Malaysia. Suddenly entrepreneurs have discovered a system (personal concierge services) that has potential to grow and now everybody wants to jump into the same boat.

Since there are quite a number of competitors here in Malaysia, Helpr believes that it’s the right time to leverage and partner with other service providers in order to serve the community better.

Similar to Be Malas, the founders of Helpr hail from Groupon. Helpr was founded by Ang Kok Seong, Eujean Lee and Wafiq Rodzuan. Both Kok Seong and Eujean were APAC Regional Executives at Groupon and Wafiq Rodzuan was the regional software engineer for Groupon APAC.

“Being part of the early team of Groupon, we learned pretty early on that customer experience matters. We could scale as fast as we wanted to but if we were not ready to deliver a solid customer experience, customers would eventually stop returning to our service. This was evident in one of Groupon’s most ambitious ventures, Groupon Goods,” they said.

While the founders of both Be Malas and Helpr were originally from Groupon, the team at Helpr believes that the market both in and beyond Malaysia is large enough to accommodate both players.

“While our focus is still improving our customer experience and expanding locally, we truly see a huge potential in Asia Pacific region. Just like how GrabTaxi has dominated South-East Asia and Netccentric who just recently listed itself on the ASX, we are not content on just being a local player,” the team added.

Going The Mile To Help

The team said, “With every request we get, we always aim to ensure that the customer experience is top-notch. For example, even if we get a simple request like ‘can you find me the best burgers in PJ?’ We don’t just Google for it and send you the link, we research, we read reviews, we ask our friends if they’ve tried it before and so on. We ensure that our answers are the best possible ones. We want to make sure that when you use Helpr, you don’t go away feeling like you’ve just wasted your time.”

Helpr handles everything from researching the best burger joints to booking a table for you and your date and if that’s not enough for you, they even offer their time to stand in line for you.

In fact, they even helped a female customer look for a boyfriend!

One of the most awkward and funny requests they’ve received till date was from a female customer that was in search for love. The team at Helpr—out of professionalism (and sympathy, I assume)—carried out the necessary research and got her connected with a few matching services and apps with the hope that she would find her Mr.Right!

Customer centricity at its best!

Learning From Mistakes The Hard Way

Even though the team launched their service without enough resources they quickly learnt that they needed to step up to the plate and deliver the goods regardless of the challenges at hand. They believe that they need to provide the customer with an enjoyable experience every time they are called upon for help.

“We launched our goods vertical to much fanfare but at the time, we were nowhere close to ready to meet the demand and we ended up delivering some items late, some items were not in good condition when they were delivered and so on. This is a lesson Ang in particular will remember as he was tasked to repair the situation. Obviously, the situation has now been rectified but if we were to look back at it that was a major lesson we knew we wanted to bring to Helpr,” the team said.

While you may think that the service is great, you may also be wondering about how expensive it would be to engage them in conversation to discuss the details of your request. Well, it’s actually free.  You should also note that they operate from 9am to 7pm daily and you can visit their website here.

It’s totally free to chat with them (except for the SMS rates) and you only have to shell out your money if you have them run errands or carry out similar tasks for you. And when you do, the base price is RM15 (which is quite cheap, to be honest) and it does increase based on the complexity of the task.

However, seeing as they are still quite small and they are limited in terms of their resources, they will need more time to stablise and cope with the number of requests, and fulfill each one of them to the best they can. They are, after all, facing stiff competition and they have much to do to prove themselves in this industry.

Anothersole: This S’pore startup created the perfect flats – grew over 400% in 2 years