How To Be A Pro At Rickshaw Rush 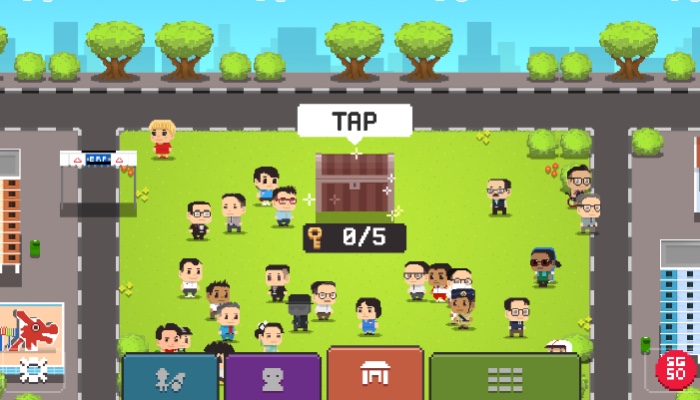 Singapore, the land where impatience is a virtue. Where it is major national news when two MRT lines break down, where we don’t wait for the green man to cross the road, where we go on McDelivery even if there is a McDonalds around the corner, where we chope seats with tissue packets and umbrellas. Because if you don’t faster faster you lose out, right?

And indeed that is true. In Rickshaw Rush, face the many aspects of rushing around: angry passengers, low stamina, the pesky ERPs that literally suck you dry in the game. Rickshaw Rush is part of the mobile series of games for SG50, and it is pretty darn fun.

Race against time and ferry passengers around on a rickshaw before they get impatient and drop out from your ride fuming mad. With the nostalgic old-school pixel art graphics, and a myriad of interesting characters, picking up characters and dropping them off accordingly doesn’t feel like a chore at all.

The characters in the game make for one of the best parts of Rickshaw Rush. Divided into categories like The Influentials, In The Spotlight, The Sportspeople, Arts & Culture, and Law & Order, there’re 50 characters to unlock, and they all come with a little trivia packet so you learn as you play. Some interesting people include Anita Sarawak, Russell Lee (of True Singapore Ghost Stories fame), and Taufik Batisah.

The game is fast-paced but forgiving, thrilling but chill as well — a game for the nuanced Singaporean who doesn’t mind queuing at Tim Ho Wan, but will also rush at closing train doors to try to get home as quickly as they can. It’s a beautiful tribute to the Singapore spirit. And while we are on the topic, what is more Singaporean than being kan cheong? Being competitive, of course. Let’s see what it takes to be good at Rickshaw Rush.

…which makes the best combination for a game to muck around with on the train or bus, and other situations where you’re required to wait. To successfully get to the higher levels, you’ll need to keep your fingers (and mind!) nimble and quick when meandering the roads. Every level is more challenging than the last, and the game is kept interesting with some levels actually implementing ERP gantries. Stay alert, especially in the night challenges, where you’ll face roadblocks and underpasses.

Keep an eye on the Freeloader

They’ll hop on your ride and they will only leave at their own will, affecting the number of passengers that you can pick up. The Freeloader is a tricky character: he appears, disappears, and reappears, and can muck up your level performance, so do your best to stay clear of him by keeping your eyes on the road ahead.

Some stages require you NOT to pick up these pesky passengers, but sometimes, there really is no choice — they may pop up just as you’re making a turn, causing you to accidentally pick them up. Tough love.

Map out your route quickly when you begin — keep in mind where the drop off points are for different characters, and which routes you should take to avoid the ERP gantries. Also, try to practise swiping your way around the short corners.

To get maximum points in each level, prioritise your customers. They’re classified by colour, and it’s your job to pick up and drop off as many passengers as you can to get your ‘Combo Points’. Remember that spaces on your rickshaw are limited, so only 5 passengers will be allowed per ride. Some will drop out because they got angry waiting for their turn, so that frees up more space. That said, a bunch of angry, complaining customers is the last scenario you’ll want to face in this game.

Make as many mistakes as you want!

Rickshaw Rush is a very forgiving game. On every level, you’re rewarded with a maximum of three stars before proceeding, but even if you’re unable to attain all three stars, don’t fret! You’ll still get to move on to the next challenge — mind you, it gets harder — or retry the level again. In fact, you can retry any level again and again, which means you’ll get all the practice you need to pull off a flawless run. It’s the best.

The feel-good rush you get from this SG50 game, along with its cute visuals and not-your-usual serving of Singapore characters we’re accustomed to in textbooks make Rickshaw Rush another Singaporean experience to appreciate. Especially when it doesn’t involve any form of transportation breaking down.