Meet Victor, The Unlikely 22-Year-Old Malaysian Behind The ‘Humans Of Uber’ Facebook Page 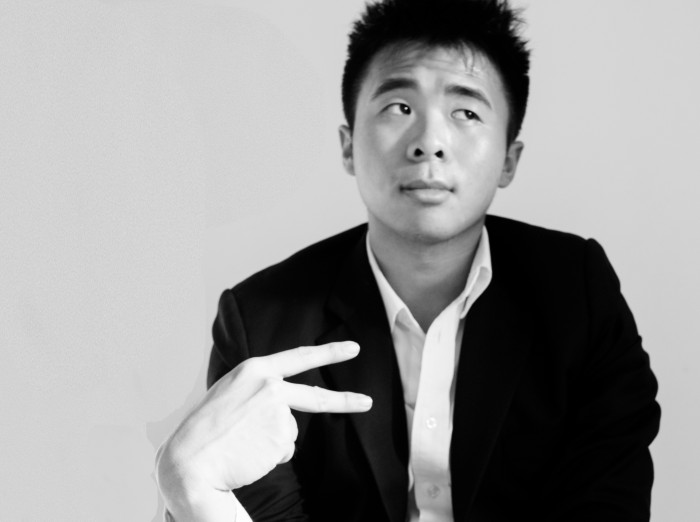 Meet Victor Tan, a 22-year-old full-time student who happens to be the sole human behind Humans of Uber. Victor is currently pursuing Economics in University of Chicago under the JPA Ivy League dan Setara scholarship. He has been in the U.S. for 2 years now, and he just started this project a month ago.

Humans of Uber is a project that documents stories of people who are Uber users. The project has featured people from various regions around the world, from Chicago, Boston, Canada, and yes, even Malaysia. The inspiration behind the project came when Victor took an Uber ride in the U.S.

“I had been in Chicago’s Chinatown for dinner, and wanted to head back to school, the driver showed up in a Tesla, I was mindblown, partially because I never expected that I would see Uber and Tesla work together, and partially because my driver James was so chill about the whole experience of driving for Uber.”

Throughout the journey of riding with James, Victor said he enjoyed the conversation and thus it sparked the idea of creating Humans of Uber. Victor described, “I really enjoyed our conversation, and decided to take a picture to commemorate it, that’s what got me started with Humans of Uber.”

Starting Humans of Uber was tough in the beginning as Victor was the only one handling the page. Although it may seem like the project was carried out and gained traction effortlessly, Victor said, “I was doing a little more than taking pictures of drivers and writing about the conversations that I’d have: I had started marketing on my university’s various community pages, on group pages, on online dating sites, and I was even banned from Humans of New York for advertising my page there!”

Nonetheless, those struggles and obstacles are nothing at all, as now the project has gathered around 50k likes on Facebook. Currently Victor has learnt a lot and he has upped his advertising game and become more savvy about social media. “Yes it was rough, many people didn’t believe in what I was doing, and they gave me a lot of flack for it, but I guess I just stuck to a plan and it paid off.”

Compared to taxi drivers, Uber drivers are generally friendly and more active in engaging in conversation.

“I generally sit in the car, try and sort of sidle into a conversation, joke around for a little bit until the person feels comfortable to talk to me, and mention that I’m representing Humans of Uber—by the time that happens, the person is usually comfortable enough to be featured on the page, and I have sufficient material to work with!” said Victor.

Although the project is called Humans of Uber, the interviewees are not limited to only Uber drivers. “Uber riders as well—there is an ambiguity on the page, and it’s deliberate, it’s to make you ask, ‘Wait, is this person really a driver?’” Victor said cheekily. “I don’t differentiate between riders and drivers, and it’s up to the reader to differentiate.”

Throughout this period of managing the project, Victor has encountered some juicy stories that he didn’t put on Humans of Uber. “There has been a bunch of times when I’ve picked up supermodels who have discussed everything from Snapchat to billionaires and I was just too stunned by the conversation to actually take a picture, and there was one time when I met one of my drivers at a club. It’s not a situation where you either can or necessarily want to take a picture, but it was definitely interesting!”

We asked Victor to choose his three favourite photographs and stories, and this is what he shared with us.

“I’ve worked multiple jobs throughout my life: I worked at a bank for a number of years and became a manager at HSBC, and then at some point I moved on to sell credit card machines: At some point, it was the Asian financial crisis and you were really just taking on any job that you could find, and I went on to a variety of different pursuits throughout the course of my career. At some point, I went on to running and working at bars and clubs in Singapore, before I made the decision to come back to Kuala Lumpur.”

“*Laughs* People ask me that quite often. People thought I was crazy for leaving, they asked me why I did it. And to think of it, I didn’t have much when I came back: For six months, I couldn’t drive because I didn’t have a license, I didn’t have any contacts, and I was thinking of going back, but I knew that the odds were stacked against me because I had just chosen to work after O-Levels whereas everyone else had paper qualifications because studying was boring, and I didn’t want to do it anymore.”

“How did that turn out?”

“After two years back in Malaysia, I’m heading my own public relations firm, and I’m making my own decisions on my own time. I know that I wouldn’t have achieved the same things if I had stayed in Singapore and remained a part of the system, you know?”

“What is freedom to you?”

“I divorced several years ago! No wife, no kids… That’s freedom! *Laughs*

…But yeah, I used to be a chauffeur: I’d drive the datuks and datins as they’d go from place to place, and that meant that I didn’t have my own time. Now with Uber, I drive just a few days a week so I can support my mother; my schedule’s also more flexible now, so I can spend more time with her.”

“She took care of me, she gave me the opportunity to get an education: I would be proud if I could take care of her for the rest of her life.

That is the freedom which I choose.”

“I came to Malaysia for work. Japan was stressful, the company offered to pay, and I jumped at the opportunity because I wanted to live a little, to try something new. The next thing I knew, I was on a flight, halfway around the world: At the end of the day, as I fell asleep in my new apartment after a company meeting, it dawned upon me that I was living and working in a world that was very different from what I had left behind.”

“How do you think the two societies are different?”

“The difference is, I see Haruki Murakami’s name in the bookstores, and his words are written in a different language. Music plays on the radio, and it’s played to a different beat, by different artists: The food here is spicier and oilier, there’s a little more zest to it that I sometimes can’t take…But you know what? At the end of the day, I find it easier to escape here.”

“I don’t know as many people here, and the country isn’t as homogeneous. It’s a little wilder here, there’s a little less order, and I like that—I like not being put in a box, not being disciplined and defined and made out to be a certain kind of person: I like defining my own life for myself. That’s what living in Malaysia has given me the freedom to do.”

Humans of Uber works the same way as other similar pages such as Humans of New York, they all serve to open our eyes to—or give us a glimpse of—the variety and kaleidoscope of people we’ve yet to meet. All these different stories, some good and some bad, collected onto one platform for us to be inspired by. Victor hopes that through Humans of Uber, he is able to change the way people look at the world.

“I look forward to having people look at my page and use it as a means of breaking down stereotypes about the kind of world that we live in, to having more people have conversations with everyone around them and learning/understanding more about people. The tagline of this page, after all, is ‘Showing the world to the world’.”

To change the way you look at the world one Uber ride at a time, follow the Humans of Uber Facebook page here.