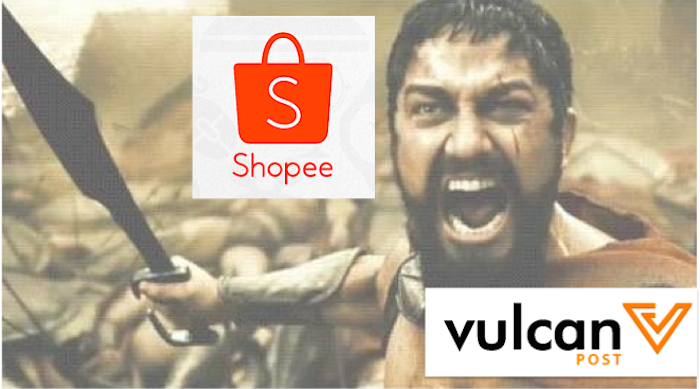 Shortly after we wrote about Letgo, a newly launched mobile marketplace which allows people to easily buy and sell items on the app, we came across a new one by Garena: Shopee.

We probably do not need to introduce Carousell much; most of us would have already heard of the mobile app by now. Shopee, on the other hand, will be our focus for today.

Officially launched in the middle of this year, Shopee is a mobile marketplace designed for both buyers and sellers to, well, buy and sell items. The app, which was created by entertainment powerhouse Garena, has a similar interface to Carousell, and prominently features the latest products on the app. Here’s a quick look at it:

To me, coming across Shopee wasn’t a coincidence, but rather the result of a very conscious digital marketing effort by Garena over the past few weeks. They targeted the new breed of Gen-Y mobile users in Singapore; these are the ones who are actively engaged on the various social media platforms, and make up the majority of users who eventually end up being buyers and sellers on mobile marketplaces such as Carousell and Shopee.

I first came across Shopee while scrolling through my Instagram feed, where popular influencer Naomi Neo was sharing about the new app:

Of course, the campaign also appeared on my YouTube feed when popular channels like Naomi Neo, Tan Jianhao as well as WahBanana — which is owned by Garena — all posted videos promoting the app. Collectively, these three channels boast a very respectable 1 million plus subscribers.

While the videos might not be watched by every one of these subscribers — and there might also be subscribers who subscribed to all three channels — it paints a pretty decent picture of how much resources Garena has poured into making Shopee work.

And this is only for the influencers that we know about — there are probably a lot more influencers with whom Garena is working to publicise Shopee. In Malaysia, Garena is working with influencers such as Karen Kho and Tan Tzia Tzia, among others. Other than Singapore and Malaysia, Shopee is also available in Vietnam, Indonesia and Thailand — a clear message from Garena that it is not content with just the local market in Singapore, but wants to corner the rest of Southeast Asia.

This isn’t the first time a company has tried to create a C2C mobile marketplace, which is currently dominated by Carousell. Over the past few years, apps that tried to dethrone Carousell have mushroomed, among them Trezo, which was launched by Singapore Press Holdings. Since it was launched back in April, Trezo has gotten 5,000 – 10,000 downloads on Google Play, and according to a Straits Times article, more than 5,000 listings.

Prior to that, in early 2014, the Rocket Internet-backed Duriana launched too, after Carousell proved the success of its model. The once promising Carousell contender had over 110,000 products listed on its platform (as at 2014), but we haven’t seen much aggressive marketing from the team since.

Editorial update: Former Duriana Head of Marketing informed us that Duriana is not backed by Rocket Internet, and it has also long foregone activities in Singapore as it focuses in Malaysia and Philippines.

On top of purely marketing Shopee through digital channels such as YouTube and Instagram, Garena is also on a hiring spree. It seems eager to fill Shopee related roles, from marketing, product management and PR, to designer or campaign management. According to its career page, Garena is eyeing to recruit the best team with “relevant experience from Rocket Internet, Mckinsey & Co., IBM” to make Shopee work, where many others have failed.

And it has all the resources to make Shopee work.

Since its inception in 2009, Garena has morphed into an entertainment giant known for its gaming products, social network and most recently, its chat app BeeTalk. According to Tech in Asia, Garena has 17 million active monthly users on the PC and 11 million on mobile. It also made S$31 million (US$22 million) in revenue in 2012, and achieved a tenfold revenue growth to US$200 million in 2014.

Armed with its huge financial war chest as well as an established distribution ecosystem through its gaming product lines, Garena is taking an aggressive stance with Shopee. It is almost as if Garena is sending a message to Carousell, declaring, “We are here.”

Also Read
[Startups To Watch] Letgo, Another Carousell Competitor, Is Here In Singapore