How To Be A Pro At Sorcery! By Steve Jackson 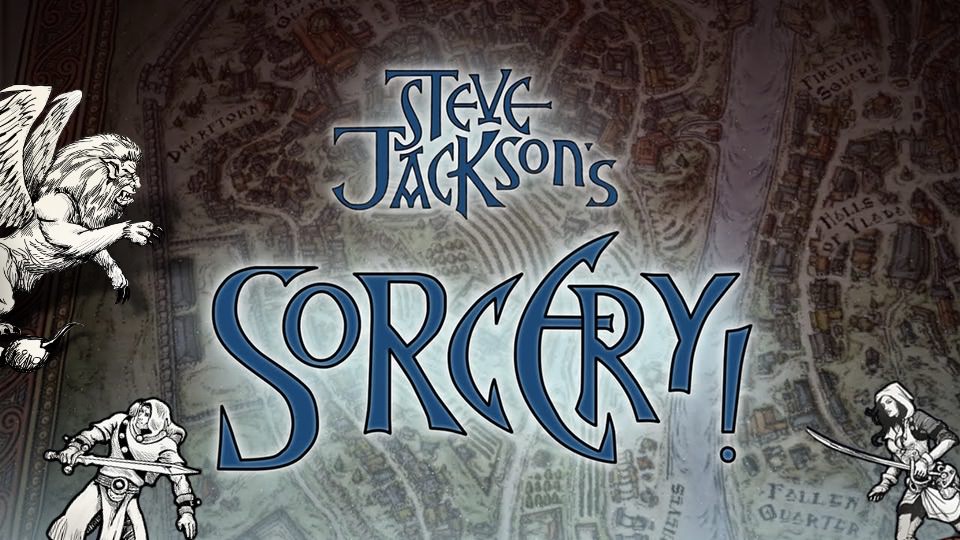 Sorcery! by Steve Jackson is where mobile game meets Dungeons & Dragons. Based on a series of books by Steve Jackson, Sorcery! has a storyline filled with strange people, wild creatures, unpredictable circumstances, and lots of gold — if you know where to find them. Currently, only 3 out of 4 parts of the mobile game have been released — the books they are based on have been out for ages — but this means you have ample time to work your way up to creating the perfect game before part 4 gets here.

Each part comes with a small tutorial stage, but here are some tips the tutorials never gave, but which will help you get to the top of your game.

Sorcery is a game of choices — you play as a traveller on a quest to retrieve a crown. What the crown does, or what you need to do to get there, is only revealed as you play the game, so you start from ground zero with your character.

The trick to this is to talk to as many people as possible. Sure, some people will only get you into more trouble, either by fighting with you, capturing you, or stealing your things, but it is the only way to get as many clues as possible. This is especially crucial in the second installment, when you are barred from leaving the city without gaining those clues.

So talk to as many people as you can, and be nice to them. Don’t worry about landing yourself in trouble, because…

As a wandering sorcerer, you have the ability to travel back in time to any pitstop, and right any wrongs you may have committed along the way. The large circle at the bottom of your screen will open up when you tap it, and you can drag the bar left and right to choose a pitstop you want to redo. There is no limit to this, and on the chance that you end up dying or stuck in a glitch (and trust me, there are a few), you can just rewind yourself back to safety.

Having said that, some potentially life-threatening events are the ones that offer the most rewards, either in gold, food, or clues, so don’t shirk from danger.

Cast spells as often as you can, and as wisely as you can

Aside from being able to fight and reverse time, you are also able to cast spells. To do so, you need a set of three letters that, when put together in a particular order, will cause something to happen. You are given a spellbook with all the known spells, but chances are you won’t need to use it: when the option to cast a spell is available, you’ll get a few choices to select from, as well as an explanation about what the spell does.

The only problem with spells is that they take away some stamina points, and some require certain objects to work. But those 1-3 points of stamina are often worth it, so cast spells as often as you can afford to. They will help you get out of tricky situations like fighting creatures, or get over obstacles by floating. If you’re a pacifist, you can even make characters confused — they will wander around while you make your escape.

Don’t cast a spell unless you have all the objects you need. You will be able to cast the spell, but nothing will happen and your stamina will be taken anyway, which is a huge waste.

Collect as many magical items as you can

Magical items mean stronger spells, which you can find in your spellbook. There are a total of 48 spells, and it would be a shame if you didn’t try everything out, right?

Steal and gamble whenever you can

This may sound like horrible life advice, but in this game, it is all about the survival of the fittest. Stealing will get you more rations that will heal and sustain you through your journey, and possibly earn you items of value that you can use to cast spells or sell for gold. Teeth, for example, is an odd thing to obtain in the first two games, but they can be sold in the third one for a decent amount of gold.

Gambling is also a  great way to increase the gold you have. The way to gamble in this game is Swindlestones — an easy betting game that you can get better at with time. And if you end up getting into trouble or losing all your money, you can always rewind, right?

There’s a gambling den in the second episode, an awesome place to win as much money as possible. It’s all a matter of how patient you are and how much you want that gold.

Work for your gold too

There are times when you can work with farmers for a day to get some gold. It’s not much, but it’s decent work, and they will often feed you a meal after, helping you save your rations for dry spells between inns, villages, and markets.

Be a disciplined and observant fighter

Your stamina is precious, and every win your opponent gets over you will mean a day less of food. But there is a way to be a better fighter, and it starts from not settling for less. After every fight, you get a choice to fight again, and you will be told how good (or bad) your fight went. A flawless fight of zero stamina points lost (or 1-2 if your opponent is tough) is what you should aim for, but your first few fights will usually end with shameful losses of 6 or more stamina points. If you complete anything more than a flawless fight, then do it again.

And while your opponent may not tell you what they are doing, the story will usually drop some hints. Goblins may drop their head when they’re about to defend themselves, so you can hit them with a low level attack. But if a beast crouches back in a certain way, then they may be revving themselves up for a high level attack. It’s still partly luck, but most of it is picking up on these hints to guess what your next move should be. If your instincts are you, you should almost always be right.

Pray for help, but only when you need it

The gods or spirits that follow you on your journey are fickle — they often change their minds and leave when they’re bored of you. They will probably heal you if you ask, but chances are they won’t be around when you actually need them. So when all else fails and your spells no longer help you, pray for help — but not any time before.

You may also enter some shrines that will ask you if you want to follow and pray to them. Always say yes. It’s much safer to have the protection of the spirits that guard the land you’re in, and once they’ve helped you to the fullest of your abilities, other spirits will eventually return.

At the end of the day, Sorcery! exists in a world which you can explore to your heart’s content, redo and pick another path out of sheer curiosity. The ultimate trick to the whole game is really to take the time to explore, to take risks and have adventures. It’s not so much important that you get everything right the first time, but that you have adventures doing so. So sharpen your longsword, pray for good luck, and head off on your quest.

You can download Sorcery! via the App Store or Google Play.

Also Read
How To Be A Pro At Rickshaw Rush
Categories: Geek, Gamer, Tools and Tips