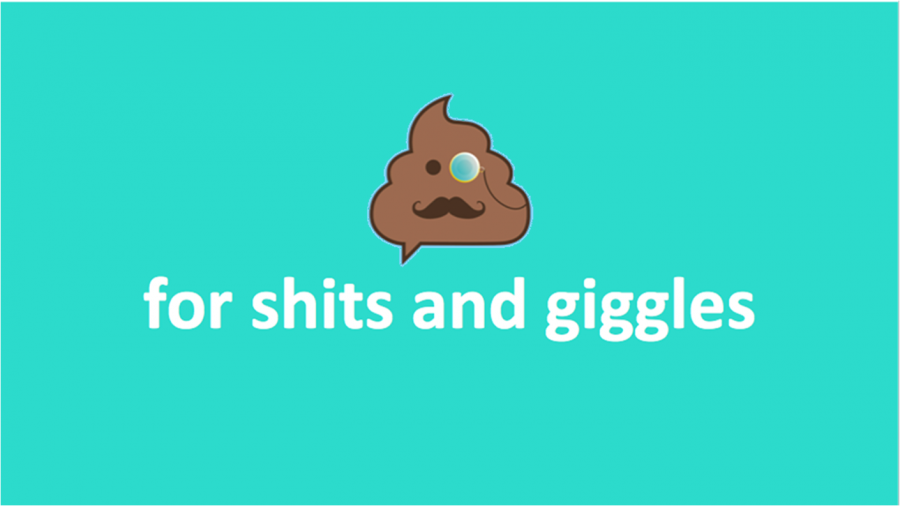 The Internet is full of awesome, cool, awkward and weird things. You can literally find anything and everything, there’s something for everyone on the Internet.

Over the weekend, I managed to bump into an app called Pooductive, a “productive” app for people who are busy taking a sh*t in the toilet.

Thank you, Internet—you’ve made my life better once again.

According to the app’s website, “Pooductive lets you chat with local and global strangers who are on the toilet, somewhere across the world (or your neighbourhood), at the same time as you.”

In fact, the two founders of the app can’t believe that this is a reality and they believe that they are setting out to solve a very first world problem—what do you do when you’re taking a dump?

Play Angry Birds, maybe? Or you could make the world a better place even when you’re taking a dump.

The founders tried creating Pooductive before through a kickstarter campaign but it was cancelled on June 22. Despite the failure, they managed to get it out the second time (no pun intended). I guess “Number 2” is their lucky charm (again, no pun intended).

While the idea of the app may sound funny and a useless, the founders have big dreams for their app. They want to connect Pooductive with some big charities that focus on both clean water and improving hygiene in developing countries.

In fact they are currently holding a fundraising campaign in support of “charity:water”. Poop for a purpose. Talk about turning sh*t into sugar!

Given the novelty and the ridiculousness of the idea, I decided to give the app a try.

As soon as you download the app, you can sign up without an email. All you need is a username and a password, which keeps them true to their word of anonymity.

I signed up with a username “gangstasdontpoo.” In my defense, I was listening to Young Jeezy (I was in my thug mode) when I downloaded the app.

Once you accept the terms and conditions, you can either choose to chat with people locally or globally. You may also choose to engage in either a one-on-one chat or you can enter a group chat.

If you’re interested in chatting with someone locally, the app allows you to set up a radius from anywhere between 5km to 250 km.

I first tried looking for someone that was taking a dump locally but alas, I couldn’t find any. So I decided to stretch out my borders with the hope that I would find someone to bond with over a roll of toilet paper (that sound’s quite depressing).

After a brief moment, the app was able to find me someone to chat with. This is how our conversation went.

At first, I felt really awkward chatting with someone that was potentially taking a sh*t—I know I wasn’t. I was only using the app because of work. I’m not going to carry my iPad with me to the toilet every time I need to take a dump.

I have some form of dignity left in me.

The app also has an option that allows you describe your flow with songs and when you’re interested in leaving the chat, you can do so in style.

On the App store it says, “Think of it as a magical place where people from around the globe can anonymously meet to enjoy their time of peace and tranquility together, by conversing, philosophising and sharing ideas with each other. You can add friends, have group chats or simply enjoy a 1-on-1 conversation.”

While the description above adds some level of sophistication to the app, it really isn’t. As you can see from the screenshots above, our conversation became quite “pooductive”.

I thought it was very interesting to chat with such a character from the States but the subject matter was pretty sh*tty. I have no idea why I had high expectations before checking out the app.

After my initial chat in the morning, I decided to have another go in the evening (no pun intended). The app found me a user called “Mr.Grey” and that’s when I decided to log out.

I have no intention of being spanked by Mr.Grey!

One thing that I did realise from my time on the app is that there are clearly more guys on the platform than girls. You can always expect a guy to try this kind of stuff out when they are taking a dump—but then again I could be wrong. Maybe the female toilet dwellers of this world will eventually catch on to the trend.

As much I hate myself for it, I must admit the app is addictive. It’s funny, hilarious and interesting. If you decide to use it, I promise you that your bathroom activities are going to get a tad-bit interesting.

That being said, the developers still need to make a few changes to the UI such as adding back buttons at the right places (I don’t want to keep going back to the home page every single time).

Despite that, it’s an interesting app overall.

When Does It Become ‘TMI’?

While there is a social media platform for us to share every moment of our lives, should there really be an app for absolutely everything that we do? Shouldn’t we keep the Internet away from our toilets?

While the founders do have a positive direction for the app, we still have to wait and see how effective the charitable aspect of Pooductive is going to be. For now, however, it does help to know that I’m only sharing a conversation with a stranger and that I’m not giving nor receiving any visuals or sounds of anybody’s pooping process (though I wouldn’t be too surprised if that actually does happen).

Now that would just be plain uncomfortable—yeah, no sh*t.

The app is currently available only on iOS and you can download it here.