The Country Might Not Be Really Democratic, But This Crowd-Sourced Novel Promises To Be 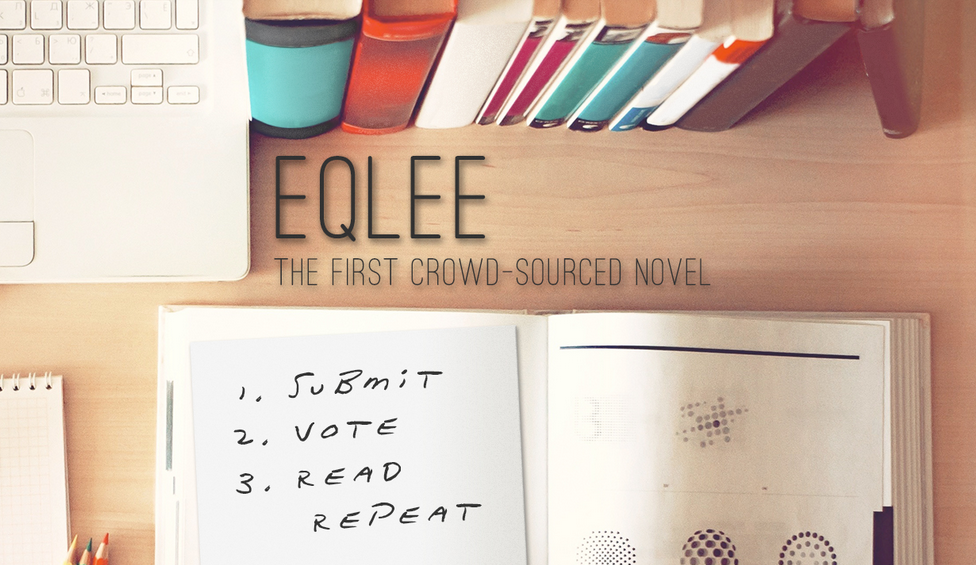 There are a lot of things that we can do together thanks to the Internet and social media. We get to share our preference of music, culture, tastes, dating habits and lately our toilet habits—thanks to a new app called Pooductive.

The Internet has also opened doors for us to collaborate not just in terms of work but also creative projects, be it in the industry of music or any other art form. And now, we also get to collaborate together and create a novel, thanks to Eqlee (pronounced as ek-lee).

Eqlee is Malaysia’s first crowd sourced novel, while that description might bring up an idea of a bunch of authors working together in teams on novels or books of their choice—it’s honestly much more than that.

Yes, it’s only one novel!

So, how exactly does it work?

Eqlee sets deadlines for each chapter during which absolutely anyone can submit their version of the chapter. Once, the submission period is over, the public gets to read these potential chapters and they will assign a value to them on a scale of 1-5 stars. This voting process will also be done within a timeframe and once the voting is over, the chapter with the highest value is selected as an official chapter of the novel.

After the selection, the public has time to read the winning chapter once again and after the reading period comes to an end, Eqlee opens up another submission period to allow for writers to write the next chapter.

If you’ve been interested in writing all along but you were unable to find the right channels to express your creativity, then this could be the platform you could experiment with.

This all came to be after the founder, Victor Lozada and Tony Borda were inspired by their love for literature in fact Victor is an amateur Spanish novelist. Victor was born in Peru and having completed his bachelor’s degree in Political Economy and Psychology at Georgetown University in Washington D.C, he moved to Mexico where he launched his first startup. He later moved to Spain to complete his MBA and he also launched another online startup there.

On the other hand, Tony Borda is from Colombia and he describes himself as one that’s in love with both art and code.

The founders are avid readers themselves and they say Sir Arthur Conan Doyle, Mario Vargas Llosa and Fyodor Dostoyevsky, among others are also their favourite authors.

Both founders were also inspired by concept of the shared economy and how companies like Uber and AirBnb utilised the concept to resolve social issues.

Given the slow rate of reform in the literary world, Victor and Tony wanted to take a risk and experiment by implementing the concept of the shared economy to create creative works of literature.

They don’t just want to create a novel but they want to create a world, similar to that of Star Wars. They told Vulcan Post, “Imagine Star Wars, the story now belongs to the public in a way that allows them to create events, social groups, content and so forth.”

Armed with the concept in mind, they wanted to create a platform that would completely democratise the creative process of producing a novel, so they came up with Eqlee.

“Eqlee should be a story from the public, by the public and to the public, and everybody should be free to play with it, expanding the world as they see fit,” they added.

While they do have big dreams for Eqlee, they only work on it during their spare time and it doesn’t affect their “regular” lives.

Could There Be More?

Given that the initial response towards the platform has been somewhat positive it does show that this platform has potential. Eqlee’s team said, “We constantly receive messages expressing the public’s appreciation for our platform.” Along with this, Eqlee has also been able to generate buzz on both social and traditional media due to its novelty.

That’s something that the founders seem to agree with but they don’t want to complicate things and confuse the general public. They said, “There are a lot of ideas for Eqlee, but for now, yes, it’s a crowd-sourced novel. As much as we would like to explore those ideas, it’s a very early stage to commit and perhaps confuse everybody with the objective. We will continue to focus on the novel, in that way we will see what the public wants, what they need.”

While democracy as an idea and as a form of governance, may be both entertaining and appealing, it’s still plagued with plenty of frailties, and it doesn’t take a genius to spot them.

Firstly, when was the last time a democratic body did anything with speed?

Hardly ever, because we all have to wait for everyone else to get on board with the “right” thing to do and that takes forever. And that’s a problem that I foresee for Eqlee.

Let’s say about 50 people submit their version of chapter 1 on Eqlee. Firstly, how many submissions do we expect a person to read? Maybe about 5—and then a person is going to place their vote based on those 5—what about the remaining 45?

What about people that have more followers on Facebook or Twitter? Won’t they get their followers to vote for their chapter over others? Possibly.

But Eqlee is trying to do it’s best to not allow that from happening, all the potential chapters will be shown during the voting period without any names, so that chapters written by popular people won’t get any special attention.

However, even if we address the issue of popular authors getting more attention from the public, we still have to address the issue of time. The founders do agree that the novel doesn’t have a potential ending right now and it could become a never-ending story. They affirm, “We will not influence the story or its length.”

As an impatient netizen that worries me. Can Eqlee generate enough interest around it at all times to hold people’s attention?

I have a hunch that people will eventually grow impatient and disappointed—especially if their version of the chapter doesn’t get accepted—and they will eventually leave.

Sure Eqlee will reduce the submission period after each chapter to somehow speed up the process but that takes time.

In this era of Internet and instant self-gratification, do we really have any time to spare or skills to share? Well, as a proponent of democracy, I say we wait and see what the majority decides.