This Film Festival Could Be A Drone Enthusiasts’ Flight To Fame 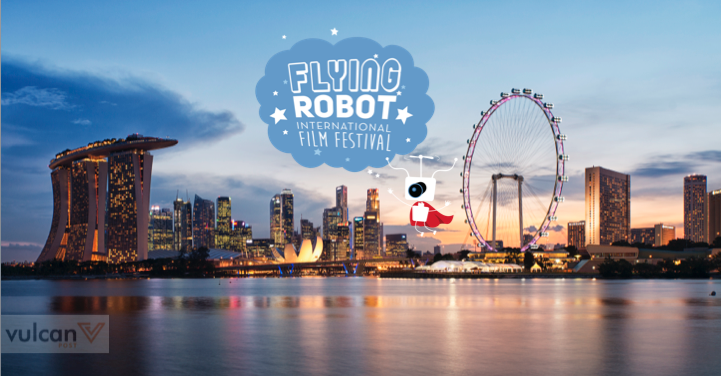 Since its inception, flying robots — or drones, as we call them — have been a topic of hot debate, among which security threats and replacement of human labour often surface as reasons against these ‘perils’ of the sky. Surprisingly, Singapore has been rather welcoming to our new companions, with both the government and private entities readily engaging them in operations — though not without promptly ordaining the Unmanned Aircraft (Public Safety & Security) Bill first.

Akin to our approach, organiser of FRIFF, Eddie Codel, hopes the rest of the world will also recognise the magnitude of ‘the sky is the limit’ when it comes to technology. And FRIFF is Eddie’s bold move to debunk all that bad press, by lighting up the runway for just a bunch of flying robot enthusiasts — aerial filmmakers. This is what he said on his personal website:

“I had the idea for a drone film festival after witnessing the rise of so much epic aerial filmmaking over the past few years. Now that consumer camera drones are readily available and fairly inexpensive, we’re seeing a huge uptick in aerial cinema on YouTube and Vimeo. I want to highlight the best stuff out there and really encourage filmmakers to take it to the next level.”

The international competition consists of 6 very diverse submission categories and is open to anyone with a passion for aerial cinematography. Of particular interests to the local community might probably be the categories “Aerial Sports”, “LOL WTF”, “Student Film”, and “Cinematic”.

“Aerial Sports” calls for entries documenting those fancy-schmancy drone acrobatics, and since drone racing is quite the hit around here, this makes for a great opportunity to showcase your killer FPV moves.

“LOL WTF” is testimony to the openness of this competition. It seeks all those laugh-inducing moments caught on aerial cam. So if you’ve been drone-shooting for a while now and gathered quite a bit of NGs, don’t be disheartened just yet because those no good takes just might be of good use in this category.

A division for students only, “Student Film” gives the younger generation a shot at international recognition. With Free-of-Charge entry, be sure to submit your best work along with the name of your educational institution for proof of student status.

Each film has to be no more than 5 minutes long, and need not contain exclusively aerial footage. In fact, as per any successful film, the submission needs to have a compelling storyline to wow a panel of fourteen judges.

Speaking of judges, well, they aren’t your Steven Spielbergs and Pete Doctors, but they are critically acclaimed in their own field…or sky, rather. We’re talking about the likes of co-founder of Game of Drones (the fastest growing community base in all things drones) Marque Cornblatt, and American TV host and Executive Editor of Make:magazine.

Winners of each category will be notified prior to the Festival screening, which will happen on 19th November 2015, at the historical Roxie Theatre in San Francisco. And while prizes sound rather vague at the moment — listed as ‘flying robots’, ‘cameras’ and ‘accessories’ — I hardly think tangible reward a foremost reason to compete.

As per every other kind of international competition that often seems a little too out of reach for people of our tiny nation to make a mark in, I appeal to the local drone community to gather your best work and put forth enthusiasm to engage with the outside community in this inaugural festival. Even Eddie himself is looking forward to catching some Asian work. “Asia is pretty under represented right now. I would love to see more entries from that part of the world. Aerial filmmaking is now a global endeavor, not limited to just western countries,” said Eddie in an interview.

Let us show the world how well we are embracing our flying companions — whether engaging them as waiters, in highly classified government agenda or assisting us in pushing the boundaries of filming — our response is flight and fight!

Submissions for FRIFF are open till 15th September 2015 at a cost of 5 USD. Late submissions are accepted till 15th October at a higher cost of 10 USD. But lucky for you, and courtesy of Eddie, key in code FRIFF15DT1 at payment page and the extra 5 USD fee for late submission will be waived for the first 6 submissions only. Please note that submission to the “Student Film” category is free until 15th September; thereafter, charges will be 10 USD per entry.