ASUS’ Newest ZenFone Was Made For Selfies, But It Has More Tricks Up Its Sleeve 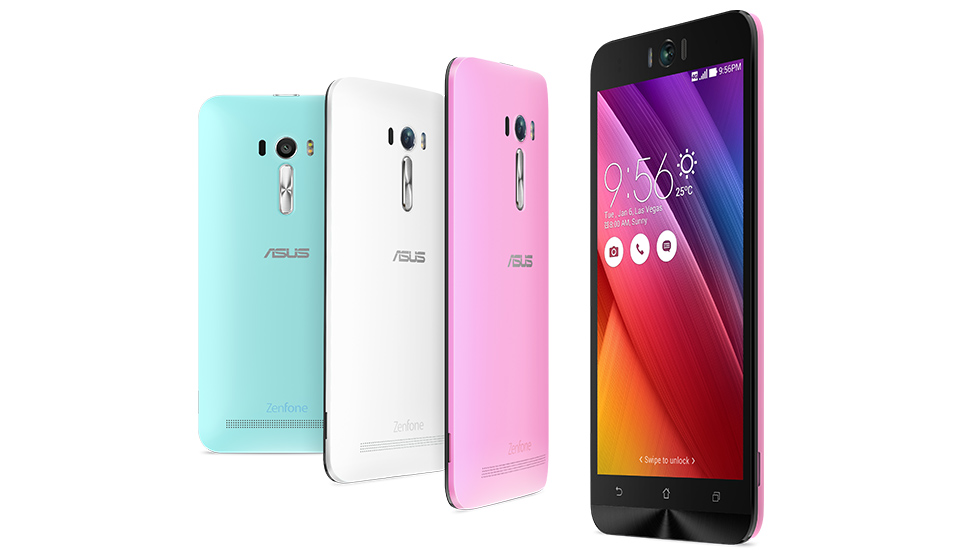 Smartphone cameras targeted at selfie takers seem to be all the rage these days. Hot on the heels of Samsung’s Galaxy J5 and J7 handsets, ASUS has now announced the ZenFone Selfie, which will be available in Singapore from 26 September

What can you expect from the ZenFone Selfie? Well, I got a chance to try it out, and here’s what you need to know about ASUS’ newest smartphone.

First things first, the camera. This is the reason why the ZenFone Selfie exists in the first place.

The 13MP front camera is by far one of the best on the market; even its closest rivals, the Samsung Galaxy J5 and J7, offer only 5MP front cameras. The selfies I took under daylight came out much better than they would have with other smartphones, thanks to the handset’s Beautification mode. The camera is also simple and easy to use, with preset modes such as Manual, Night, Low Light, Super Resolution and even Depth of Field. This is especially useful for amateurs who might not have the expertise to manually adjust the various settings before shooting.

A 13MP rear camera is nothing to marvel at, but it does come with one added advantage — a feature known as Laser Focus. This will supposedly allow you to focus on objects more quickly, though I wasn’t particularly impressed when I tried it out. The anti-shake stabilisers and shutter speed to capture moving objects were decent, but definitely not mind-blowing. Nevertheless, considering the price of the ZenFone (it will go for S$399), its camera is definitely a notch above others in its price range.

The positioning of the volume control buttons isn’t much of an issue, but the location of the power button might make it a little inconvenient for some — such as myself — to reach for it easily, especially given the larger screen size of the ZenFone, or if you generally use your smartphone one-handed.

The ZenFone Selfie was designed with a curved back, which again brings to mind the LG G4’s leather clad one. This is great, as it allows the phone to sit snugly in the grooves of your palm, giving you a tight grip on the phone. Gripping a large 5.5″ phone can be a #firstworldproblem, but this was never an issue with the ZenFone Selfie. I didn’t drop the ZenFone Selfie a single time — or come close to doing so — during my entire trial run with it.

The Selfie is a fairly light phone, coming in at 170g. This could be partly due to the manufacturer’s use of a lightweight plastic casing on its back. That said, the phone still manages to feel very sturdy in your hands, thanks to its Gorilla Glass 4 display. This is a step up from the armour plating on its predecessor, the ZenFone 2, and protects the Selfie from scratches and other ravages of modern life.

The rear plastic cover is also easily removable, and gives you the option of inserting up to two Micro SIM cards and a MicroSD card.

The ZenFone Selfie struts around with a 1980 x 1080 Full HD crystal clear display, putting its 5.5″ screen to good use. It even has an in-built Bluelight Filter which you can activate come night time to help you rest better. (Blue light decreases melatonin production, which is responsible for helping you get to sleep at night).

Screen brightness and contrast levels are impressive as well. Under glaring sunlight, I was still able to read my PDF documents with relative ease, no eye squinting needed. The only beef I have is the lowest level of screen brightness available. Even on the dimmest setting, the ZenFone Selfie was a little too bright for me, which isn’t ideal for reading when it gets dark.

I didn’t experience much lag on the ZenFone Selfie. It only started to slow down after I deliberately opened pretty much all my apps at once in an attempt to stress test the device. This can probably be credited to the phone’s 3GB of RAM, octa-core Snapdragon 615 processor and 64-bit CPU which is tuned at 1.7Ghz — all of which is more than sufficient to run your everyday tasks with ease.

I love the ZenUI. Compare it to the MIUI, ColorOS and other operating systems that various Android phones utilise, and the ZenUI has got to be my favourite. Here’s why:

ASUS’ ZenUI allows the use of widgets, which many Android smartphones surprisingly don’t. This allows you to add quick notes to Google Keep, scroll through your Facebook feed and read news articles without having to open each individual app.

Apps can automatically be grouped into folders without you having to manually drag them around. So communication apps like Facebook Messenger, WhatsApp and Telegram will be put together without any action on your part.

This is motion gesture at its best. Without even unlocking the phone, I could open apps just by swiping across the screen. For example, drawing a “C” on the locked screen opened the Camera function, while a “W” brought up the browser.

The various features offered by the ZenUI are amazing, but that said, I feel that the ZenUI could cut down on the “bloatware” — preinstalled apps and software that take up storage space and processing powers without being of much use.

The ZenFone Selfie’s battery has a capacity of 3100mAh, which is average, but the juice required to run the octa-core Snapdragon processor drains its battery at an astonishing rate. This is perhaps one of the very few downsides of this device. Although there are a few in-built apps to help you manage your power consumption, the power savings were rather minimal in my experience.

The phone has an internal storage of 32GB, which is better than most devices in its price range, but not nearly enough if you have a lot of apps installed. You do have the option to slot in a 128GB MicroSD card, though.

Other than the fact that its control buttons could have been better positioned for convenience, and the fact that its battery life is less than ideal, the ZenFone Selfie is a pretty solid device. With a great front camera and decent rear camera, this is without doubt an awesome sharpshooter. Despite being marketed as a selfie device, the phone works surprisingly well in its other offerings, too.