This Is How Malaysian Politicians Look Like After Being Peanutized 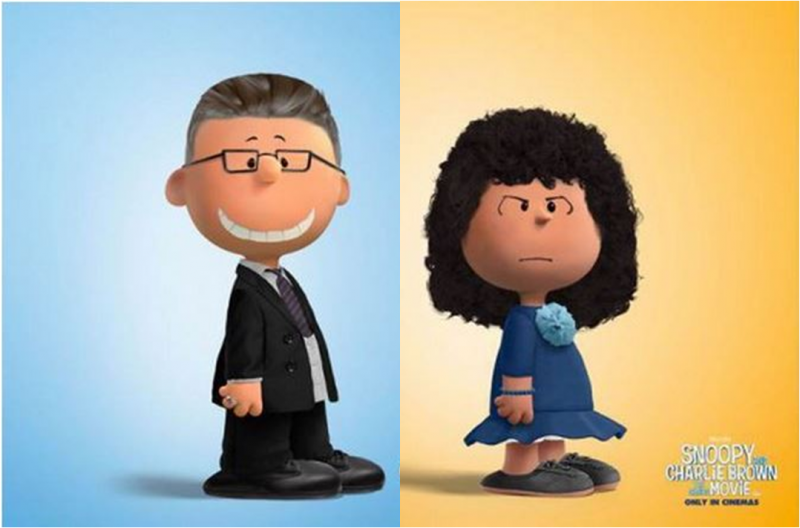 If you are a Snoopy fan, you would heard of The Peanuts Movie. To promote the movie, the creators have rolled out a new promotional web app to let you create a Peanuts character in your own image. It allows you to choose everything from different facial elements, clothes, accessories, and the background from the Peanuts world that you want to be in.

Therefore, we decided to test the website with some popular politicians in Malaysia and see how do they look like after being Peanutized.

First off we started with the Prime Minister. As you can see PM Najib is wearing his gold frame glasses, but the black rim glasses is the closest we could get as there is no gold colour glasses frames in the option.

Not too bad, Tun M already doesn’t look like his age (he is 90) and his Peanuts character makes him look a lot more younger and youthful.

The most outstanding feature of the Peanuts character is certainly the hair. Speaking of the hair, Datin Rosmah’s hair has always been very controversial. Once she revealed that she spent RM 1,200 to dye her hair.

Seputeh Member of Parliament Teresa Kok once mentioned that the hair stylist charged her RM180 for dyeing and treatment of her hair prior to implementation of GST. And the Peanuts character was able to portray that silky straight black hair that Teresa has.

We couldn’t get the exact glasses the former minister Tan Sri Rafidah Aziz is wearing, but we must say the result of the Peanutized version of her is pretty on point.

We are not so sure with the amount of hair portrayed by the Peanutized version of Samy Vellu but the suit and tie is pretty accurate.

Since all the other Peanutized characters are pretty jolly and happy, this is one emo and serious one we came up with.

Apple Pay is finally in M’sia, so I immediately Apple Paid for lunch. Here’s how it went.