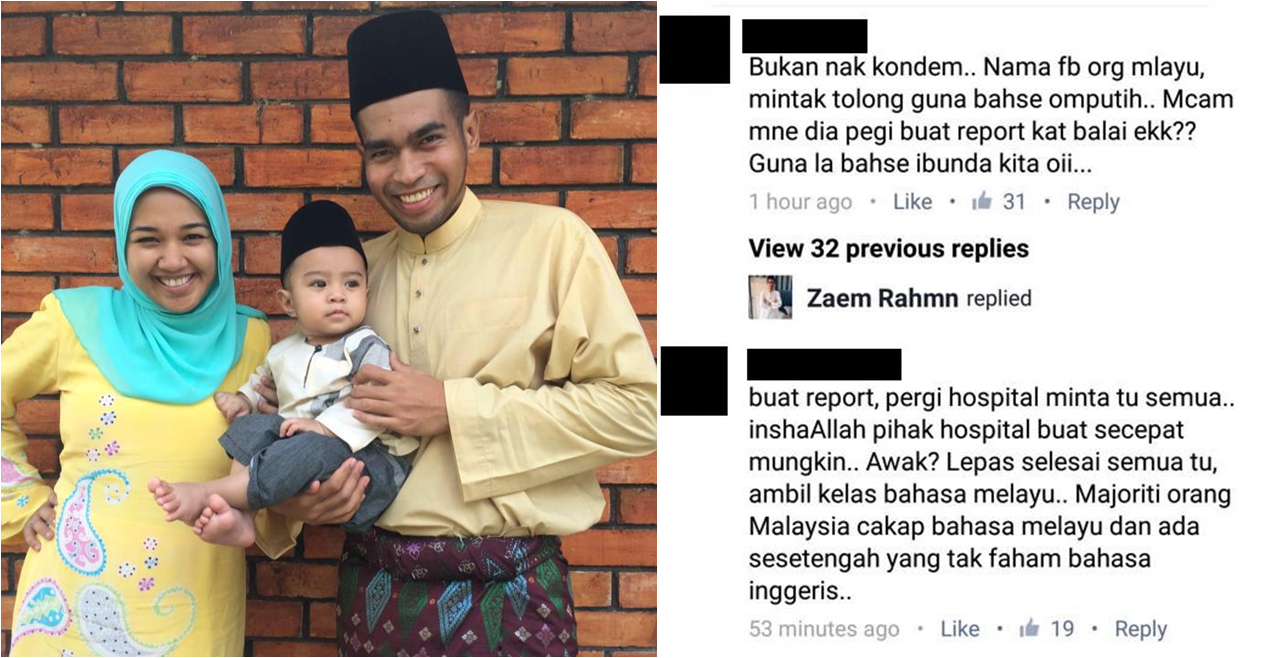 There is always something one can say about another individual’s personal preference and with everything one does, there is bound to be someone else who does not like or approve of it. The Malaysian Internet has gone on fire again over a Malay woman’s Facebook post which she supposedly conveyed in the “wrong language”.

On the post dated October 2, that has since gone viral, Khairunhanisah posted a status update asking for the public’s help after her father’s car was broken into in Subang Jaya, and several important things were stolen. As a result of the robbery, the missing items were her father’s medical report and history as well as cancer medication—things that are very important to the family—as Khairunhanisah’s father was just diagnosed with cancer recently.

Hence, out of desperation, the Malay lass took her pleas to the social media platform with hopes that somebody would help her father out in their situation.

Also Read
He Gave Her A Roof Over Her Head, Because He Knows What It’s Like To Be Without One

Khairunhanisah ended the post by providing details of the robbery as well as how her father could be reached, should someone find the missing items. In fact, there seemed to be nothing amiss about Khairunhanisah’s status update, except for one glaring fact that the netizens did not overlook: her plea was written in English.

There should be freedom in deciding how one wishes to type out their social media updates but despite this, she still received some backlash for her decision. Some users were quick to point out that the Malay girl did not speak her mother tongue of Bahasa Melayu and this disturbed them so much that they chose to condemn the poor girl.

However, even though the post received some negative comments, there were also kindhearted users who conveyed their well-wishes and hopes that the best would turn out for Khairunhanisah and her father. Some of the menacing comments have also since been deleted, which is in fact all the better because negativity should not be something that actively circulates on social media, much less on an innocent lady’s Facebook page.

In response to the comments she received on Facebook, Khairunhanisah was a good sport about it and took it all in her own stride. She utilised her social media platforms once again to repost an image from Buasir Otak, which perfectly describes her situation.

“Malaysians are so creative!! Haha they are taking this to another level! Congratulations! Thank you family, friends, kind people and haters for all your comments and concerns. I took it positively!” she said on her Instagram page, accompanied by the image from the blogger and amateur artist, Prince of Noob.

Khairunhanisah has a sense of humour about the whole situation as she also added the statement in a Malay translation to prove her point. “Yang tidak faham itu…. Marilah saya translate untuk awak,” she said, adding in the hashtag #malaycantspeakenglish to her whole status update. Her statement loosely translates to, “For those who do not understand, let me translate it for you.”

Keyboard warriors will always find an opportunity to sneak in a destructive comment or two just to get a kick out of it, but Khairunhanisah proves that with everything, facing it with a great attitude is all the more important. In fact, she chalks the experience as something to be remembered, and what we can all gain from her experience is to ignore those who do not provide positive inputs into our life.