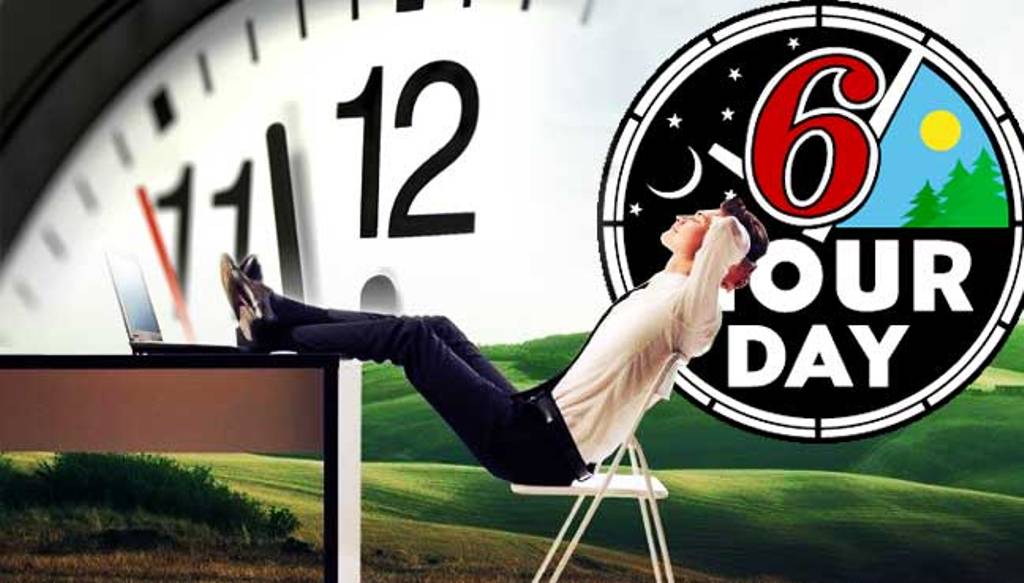 Sweden recently switched to a 6-hour workday as a method to become more productive at work. This move is also a strategy to boost a workers’ private time with their families.

Inspired by Sweden’s policy, the Malaysian Trade Union Congress (MTUC) also made their demands to move onto a 6-hour workday, soon after.

MTUC president Mohd Khalid Atan told local daily Harian Metro, “We urge the government to reduce the working hours to 6 hours as practiced in other developed nations. For example in Sweden which has enforced their working hours to 6 from 8 previously.”

While a 6-hour workday sounds good to the ears, I wonder if would really work in Malaysia. So we reached out to several Malaysian entrepreneurs and asked them to share their honest opinion on the policy and whether it would be beneficial to the Malaysian startup scene.

Here’s what they had to say.

“I think it’s a great policy to protect workers and all., but I think there has to be some balance in moderation. Unfortunately we can’t be certain if implementing such a law will impact productivity. I believe more towards the result of the work. If it’s done well, why not? Flexibility would be great. But Malaysian culture isn’t as such.”

In regards to its impact on the startup community, he said, “I think it probably won’t make much difference since most startups work more than 8 hours daily. But it might impact services that startups rely on. Like say…. banks.”

“I think the 6-hour workday works when people are extremely productive. They work the moment they get to their desk, they don’t take long lunch breaks, and they state objectives clearly in meetings and work towards resolving them.

Sweden is a developed country, with one of the highest income per capita in the world. They are also a high-tax regime that means that the incentive for working hard could be less. Malaysia is a developing nation trying to get to developed economy status, which always means there is more work to be done than good people doing it.”

“Startups by nature are trying to grow fast with limited resources, which means there is more work to be done than people doing it. Having a ‘I-Must-Work-Only-6-hours’ mindset may not be practical in a fast-changing environment where you can’t always predict the outcomes of what you do. Trying to achieve work-life balance is not about limiting work hours, it’s about picking jobs which have working schedules that fit into the lives we want to lead and the impact we want to bring to the world.”

“Speaking from a productivity point of view, I don’t think we have reached a point where we can be satisfied by the level of productivity of Malaysian employees in general for it to be optimised by shortening the work hours to only 6 a day. We need to figure out how to maximise the amount of workforce productivity first before we can even think of reducing work hours.”

“As far as our startup community is concerned, at least in the early stages speed should be a main priority. Hence I don’t think limiting work hours to only 6 a day for the sake of working 6 hours a day will work well for startups. Unless there is a strict implementation plan on how the 6 hours will be spent, and the rest of the day is also used to do planning and research, I simply don’t see a reason why startups in Malaysia should limit their working hours at all, even.”

“The policy is great if everyone is a perfect individual, assuming that humans are 100% efficient in their time allocation, task delegation and communications.It will force management to relook into their current operations and structure to maximise the return on working hours while balancing employee happiness.”

“Sometimes, a great startup is not driven by a great idea, but a great team. A great team takes time to nurture, be it having lunch together, working in the same space, brainstorming, etc. These hours spent are not the most efficient hours by the books, but it’s crucial in building any great team. I’m afraid cutting down working hours may, in my personal opinion, impact the fostering of great teams in the startup community, especially when startups are known to be weaker in operations and HR at their early stages.”

“The relationship between total hours worked and productivity is a complex one. Spending more time at work doesn’t necessarily make you more productive. What makes sense for me is for employees and employers to have a healthy future and mutual understanding of how much the employee should contribute on-site and/or remotely.”

“Startups in their very nature are unstable and incredibly demanding of staff during initial stages and even scaling. Speed is an extremely critical factor for a startup to fend of cloning or competition which may lead to failure. If a startup in Malaysia will not move fast enough, startups in a intense working culture environment like Singapore, India, China, Japan, SouthKorea would thrive more and over-power startups in Malaysia.”

“Based on my gut feeling, it looks like a typical “me too” policy, where we try to implement good practices from developed countries from the effect, not the cause. It’s not that I think it’s bad—it’s obviously good—it can even make us more productive. But it’s a risk and I don’t think test reducing the working hours should be the first thing on the agenda for an emerging country.”

“I don’t believe it will affect the startup community anyway. Since people who work for startups aren’t generally the ones who are looking for a steady job, we are generally working in flexible hours and over hours.”

“There are actually some startups with shorter working hours. I know of one that works from 10am to 4.30pm and they make it compulsory that every Tuesday and Thursday, everyone must work from home instead of the office. They are experimenting with different kinds of working cultures and environment.”

“I think that 6-hour working days can work. If you have the flexibility to implement it, it will be a good retention strategy because once people get used to it, they will think twice before going back to a 9 to 5 job.”

“I myself am considering to experiment with it in Wobb, maybe by shortening working hours by half an hour.”

“The policy not only gives a work-life balance but also increases productivity. Which is great, however if the MTUC thinks that it should be implemented in Malaysia too, it may not work due to our culture.”

“On the other hand, most startups start thinking about going global from day one. How we build our work culture is almost the same as the Swedish (flexible and no hierarchy). A meaningful culture holds successful startups together against all the odds. Just like AirAsia, Says! and Mindvalley. So yes, it would definitely be beneficial to the Malaysian startups.”

“I think the 6-hour work day policy is a double-edged sword in many areas, should it be implemented in Malaysia. Employees would probably rejoice due to shorter working hours, but employers; corporate and startups alike, may be affected in various ways.”

“This, in the long run may cause productivity levels to drop across industries, especially if businesses are not able to cope with this change by increasing output. That alone, is a huge topic in itself, not forgetting those that are currently making a living through hourly pay.”

“Plus, it does not help when Malaysia already has various celebrations throughout the year that consequently becomes a public holiday.”

“Startups on the other hand may thrive even more, as there are many out there that already have similar policies in place due to fluid work culture. However, there are also many that are dependent on regular or even extended work hours to keep their startups going. To the latter, this policy can mean added cost.”

“Industries that are labour intensive would be severely impacted by this policy, e.g., manufacturing, servicing line. But it is an important step forward to shift the economy towards creativity, knowledge, automation (robotics) because we need to move up the value chain from macro POV. For individuals, it gives them more time to spend with family and friends, it’s important for society as a whole to have healthy relationships with friends and family.”

“Startups that adapt to it will excel on the basis that they adopt automation heavily and prioritise work aggressively instead of manual work. Failure to change would drive up the cost of doing business and make it tougher for a startup to survive.”

“They can put it on paper but I doubt people will adhere to the policy. What would be more impactful probably is if they enforced overtime pay.”

Speaking about its impact on startups he said, “Not so much. People working in startup tend to work long hours willingly to reach a common goal. We generally enjoy the process of working efficiently regardless of 6 or 8 hours,” he added with a smile.

“I think that flexible working arrangement is really important (i.e. people could choose the hours that they would like to work). Productivity in the past used to be number of hours worked but now I think it’s about quality and maybe in some cases (e.g. manufacturing), quantity of output.”

“I do not think it’s feasible to practice the 6-hour work day in Malaysia. In general Malaysian productivity level is much lower compared to Sweden. Malaysian workers must first level-up its professionalism and develop self-discipline. The practice might works for some well-established company with mature working culture.”

“However, I do not encourage working over-time as I believe everyone deserves a private life outside of work.”

14. Raeesa Sya, Creative Director at REVOLT and Founder of an upcoming beauty startup

“I’m not sure if it would work in Malaysia. People here are still too laid back. I have a theory that even if we get out of work in 6 hours, we will spend 2 hours getting stuck in jam anyway. So they’d end up staying back in the office for 8 hours.”

“Being in startup and running your own business is different than working in a corporation. The harder and faster you work, the further you’ll grow and out-pace your competitors. If you put a limit on how many hours you should work on your startup and you’re doing it ‘full-time’, then you’re not passionate enough about it. You work when you need to work. You can rest when you die.”