The Short-Term Rentals Industry: Competition, Problems & The Traveller Of The Future 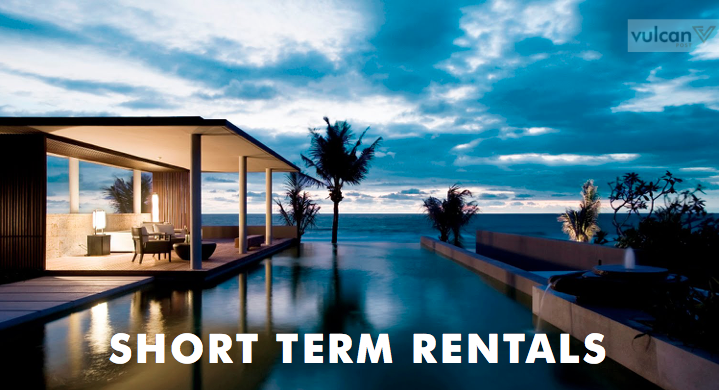 Short-term rental platforms aren’t exactly a novel concept these days. They’ve been around for a while now, and earlier this year, we took a look at some of the biggest issues — legalisation, concerns faced by residents — that have arisen from the birth of the industry. But what are the key players in the industry saying themselves, and what do they think of the future of the industry?

As the year draws to a close (it’s October already!), we decided to find out.

A saturated industry? No, not yet.

It’s undeniable that the short-term rentals industry has grown significantly in the last few years. Apart from major players like Airbnb and Roomorama, numerous other smaller platforms have also launched to take advantage of the boom in the travel industry. Yet, a quick chat with some of them reveals that while competition may be heating up in the space, it’s far from being saturated as yet.

Daniel Rouquette, Head of Marketing at Villa Finder, for example, shares that despite the strong growth of the industry in recent years, we’re only seeing the start of the short-term rental boom. He says, “there are a lot of players nowadays and some leaders’ positions will be difficult to shake like Airbnb’s or TripAdvisor’s. But we think there is still a lot of room for growth for 2 reasons…travellers currently using short term rentals websites are only the early majority [and] some short term rentals niches are almost completely untapped”.

Jia Jih Chai, Managing Director for SEA and India at Airbnb, echoes the same sentiments: “According to the 2015 Tourism Highlights report by the World Tourism Organisation (UNWTO), the total number of international tourists is forecasted to increase to 1.8 billion by 2030. The growth prospects are strongest for Asia and the Pacific and the Americas, followed by Europe, the Middle East and Africa, so there is still a lot of potential! Asia continues to be an attractive destination for travellers worldwide, especially as the region is quickly embracing the sharing economy.

“Furthermore, the sharing economy and travelling on Airbnb is still relatively nascent in Asia. There’s plenty of room for awareness and understanding of homesharing.”

What this means is that rather than seeing the decline of short-term rental platforms, what we can expect as consumers are likely to be better, more varied options when it comes to travel accommodation. Sites like Villa Finder and Wedilo.com may consider Airbnb to be a source of competition to the traditional hotel industry as well as to smaller platforms offering similar services, but that’s not necessarily a bad thing.

As CEO of Wedilo.com Philippe Limes puts it, “sites like Airbnb have really stirred the pot. These provide direct competition to more conventional hotel industry which I believe is good for the market as it forces all accommodation providers to improve their offerings in order to stay competitive, which is fantastic for both the end user and for us, since hotels are now more receptive to finding efficient ways to have a finger on the pulse of guest sentiment and to make improvements accordingly.”

Every industry has its problems

Daniel, for one, feels that a main challenge preventing more hosts from listing their homes on short term rental sites is the fact that they don’t know how to market or price their property. He explains, “many owners take and upload terrible pictures of their properties online or do not write the most compelling descriptions…Because owners don’t always know how to best present their property, they usually end up lowering their rates to be more competitive, rather than add value in other ways. This starts a price war which is not a good news on the long run for travellers.”

Jia Jih, on the other hand, believes that one of the problems preventing even greater growth of the industry lies with travellers themselves — or rather, their lack of knowledge about short-term rentals. He shares, “Even as the sharing economy continues to grow, people might have heard the term before but may still find it difficult to define and understand this trend, which is why we aim to instill trust through emphasis on education and awareness.

“Through initiatives such as Airbnb’s ‘Night At’ and ‘#OneLessStranger’ campaigns, we hope to introduce people to the concept of Airbnb’s business, which is based on building a trusted community.”

It’s understandable why some travellers remain reluctant to jump on board the short-term rentals bandwagon: staying at a stranger’s place, after all, is not always a good idea. And like every other service-oriented platform out there, short-term rental sites have gotten their fair share of flak from both hosts and travellers.

What’s clear, though, is that as key figures in the industry do what they can to work around these obstacles, smaller and more niche platforms can only stand to gain from the effects of such campaigns.

Looking Ahead: Shifts In The Industry?

As the short-term rentals industry matures, we are beginning to see a distinct type of startup emerge: short-term rental platforms aimed at niche groups of travellers. These platforms cater to consumers based on factors like holiday type (luxury or budget?) and preferred accommodation (villa or hotel?), amongst others.

As its name suggests, Villa Finder targets travellers who are looking to rent villas in Bali, Thailand and Sri Lanka. They serve a select group of individuals compared to sites like Airbnb, which has made a name for itself by offering both standard apartments as well as more off-beat housing options like castles and catacombs. Platforms like The Luxe Nomad, on the other hand, have carved a share of the market for themselves in the luxury accommodation space.

But aside from the emergence of even more of such niche platforms, those in the industry that we spoke to agree unanimously on one point: that the coming years will see the rise of a group of travellers who seek experiences. What this means for short-term rental platforms is that they will have to begin offering services that fit the travel patterns of such savvy individuals. According to Philippe, “As travel [becomes] more common, global nomads are more demanding, resulting in the rise of better, more efficient and all-encompassing platforms for travel information and discovery.”

Some key players have already begun preparing for this eventuality: Jia Jih, for instance, says that Airbnb plans to focus more on “new properties and experiences in the region that will cater to the needs of the new generation of millennial travellers — from mobile bookings to off-the-beaten-track travel experiences.”

Daniel, meanwhile, reveals that Villa Finder is already “preparing [for] the arrival of more travellers from Asia who have different expectations when it comes to accommodation but also to quality and service. That means adding different types of properties to our portfolio…travellers are more and more looking for exclusivity and experience.”

It’s evident, from our conversations with those in the short-term rentals and travel industries, that accommodation listing sites are set to stay, and will only see further growth in the years to come. While there isn’t likely to be fundamental or transformational shifts in the relatively nascent space just yet, what we can bank on is the emergence of the savvy globe-trotter, as well as more sites catering to specific needs of various groups of individuals.

What can we say — it’s a great time to be a traveller.