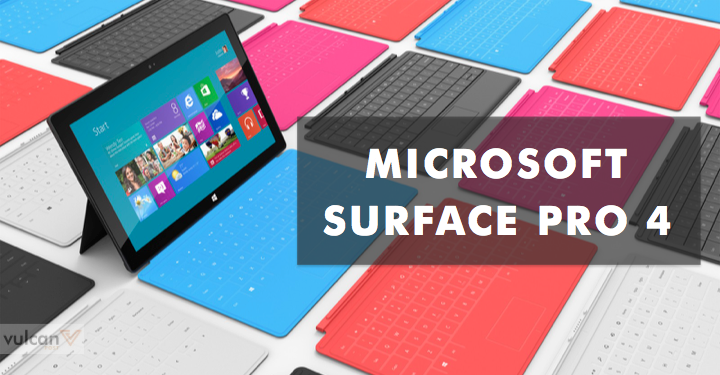 Last year, Microsoft released the Surface Pro 3, which impressed the tech community and was generally met with great reviews. It was also widely recognised as one of the best tablet/laptop hybrids the world has seen. Last week, they announced the launch of the Surface Pro 4, which you can now pre-order online.

The biggest question on everyone’s minds, of course, is whether it will be able to live up to the standards set by its predecessor. Here’s a look at what it’s promising, and why I think it might.

The most noticeable upgrade the Surface Pro 4 boasts is its display — the Surface Pro 3’s 12-inch, 2160 x 1440 resolution screen has been upgraded to a 12.3-inch, 2736 x 1824 resolution one. This might not seem like much, but the change is noticeable: one of the few drawbacks of the Surface Pro 3, for me, was its small screen size compared to other laptops on the market, so this improvement is a very welcome one.

This improved resolution means the Surface Pro 4 is able to showcase videos and images that are clearer than even full HD. Put that on the larger screen size, and it is a indeed a feast for the eyes. For comparison, the MacBook Air (which already has a pretty great display) comes with a resolution of 1440 x 900 on a 13-inch screen; that should give you an idea of how crystal clear the Surface Pro 4 is.

Although a high-res screen might not be a necessity for working professionals, the upgrade in terms of pixel density is awesome. Even if you are not using the device for design work, simple tasks like watching a movie on your Surface Pro 4 after a hard day of work will feel extremely rewarding.

The Surface Pro 4 does have a sleek and elegant design, though it won’t come with other colour options, which is disappointing. Still, if you’re really keen on changing the appearance of your Pro 4, there are various covers you could consider purchasing.

Physically, I don’t think the latest Surface Pro differs all that much from the Pro 3, apart from its larger screen size. That said, it manages to be both light and thin; with a thickness of 8.4mm and weighing around 730g, it’s 45g lighter than its predecessor.

The device is perhaps one of the lightest laptops on the market currently, compared to many others in its price and specs range. So if portability is your primary concern, then the Surface Pro 4 is something you might want to think about.

The Surface Pro 4 truly brings meaning to the phrase “good things come in small packages”. The highest end of the device packs an i7 processor, 16GB RAM and 1TB worth of storage. The speed of the Surface Pro 4 is also expected to be 30% faster than the Surface Pro 3. This pretty much guarantees a lag-free experience on your laptop, and could possibly appeal to serious gamers — you’ll be able to host some pretty neat graphics on this device without it crashing.

Every respectable tablet computer comes with a pen, and the Surface is no exception. In fact, one of the biggest upgrades of the Surface Pro is the Surface Pen. It promises to be more responsive and integrate with software like OneNote or the Adobe Suite, which will be useful for those who prefer writing and drawing the traditional way. Microsoft seems to be doing a lot to try and bridge the gap between old and new forms of note-taking — the Pen has a built-in “Eraser” function, too.

While the Surface Pro itself won’t be available in different colours, the Surface Pen will come in five colours, as well as with interchangeable pen tips. It’s magnetised, so it will latch itself right on the top of your Surface Pro 4 — a great detail for those prone to losing their stuff.

Should you get the Surface Pro 4? If you are in the market for a new laptop and have enough money to spare, then yes. But if you already own a Surface Pro 3 or MacBook Air, then I highly doubt there’s a need for you to upgrade to this device unless you’re bent on getting your hands on the best laptop there is.

Designers and artists, though, may see the appeal: the device is pretty much a WACOM tablet and a high powered PC blended into one mini portable powerhouse, and might just be what it takes to convert non-Windows users. Still, the prices of the Surface Pro 4 are certainly high, and the average student or working professional is not likely to want to make such a huge investment.