I Died Repeatedly In Star Wars Battlefront From Admiring The View, And It Was Worth It 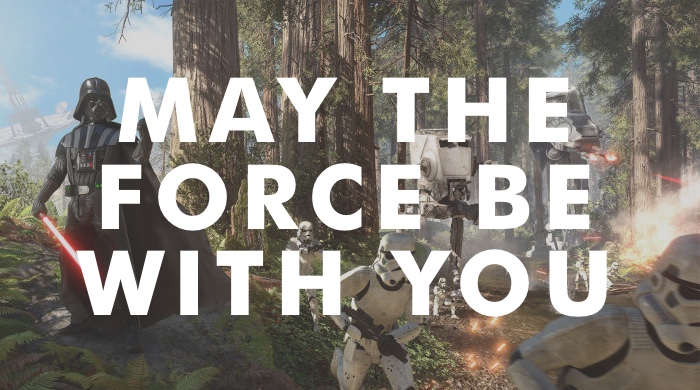 The much anticipated Star Wars Battlefront Beta kicked off over the weekend, and oh, what bliss it has been to be acquainted with this game. The Beta version is currently still running and was supposed to end by today, but publisher Electronic Arts has revealed that the program will be extended another day due to it popularity. So you now have an additional day to trample the rebels on the icy battlefield of Hoth and defend pods. The game is still on schedule for a November 17 launch.

I caught up with this time-consuming game over the weekend without much expectations — this is not to say I was nonchalant about the release — but I sure did not expect Battlefront to be so much fun. Time slipped away and soon, I had forgotten about the other game I was playing before I decided to ‘try out’ this Beta.

It’s some old-school fun: two teams of eight players try to capture pods that drop from the sky. The landscape is rocky and has many nooks and crannies to take cover in, the pace is fast and maddening (shoot or get shot), you spawn immediately after death, and because everyone is practically equal when you start here, you can identify almost right away who has the most experience with shooter games, i.e., points to attack, 100% accuracy when running and shooting. This game is a beautiful musical.

Battlefront has one of the most friendly user-interfaces as well: joining a match is uncomplicated and objectives are marked by an icon that floats on the screen so there’s no unnecessary and time-wasting manoeuvres you have to undertake. And also, the stunning graphics.

When it comes to the graphics, the force is strong with this one. Every aspect of this Star Wars universe looks incredibly realistic, thanks to the use of Photogrammetry by the team at DICE. Photogrammetry — essentially the technique of processing still images to produce a high resolution 3D mesh — results in the visually authentic experience in Battlefront. The iconic and classic locations, vehicles and characters are set to a soundscape of John Williams’ immortal soundtrack and the brilliant sound effects in the game just heightens the experience for players.

True story: it took me a couple of plays to get grounded in the game because I kept wandering about exploring the amazing lands and stopping on elevated grounds to take in the view, and in turn got shot down immediately. It was worth it.

By the second day, players had already levelled up and I felt…stranded. Looks like some people missed their bedtime. And soon, videos started appearing on the online community showing the epic gameplay that had happened overnight.

When Luke Skywalker got crushed. RIP.

And especially this guy who killed Darth Vader immediately before he had time to reconcile with his dear son, Luke.

If leaving Planet Earth is something you would like to do some day, Star Wars Battlefront is a cheaper option than rockets and anti-gravity. As a shooter game, it’s superior and ambitious, but delivers. And just like that, I can’t wait for November to come already. For now, I’m off to join the fight on the battlefront.