Google’s Nexus 6P: The Smartphone Where Huawei Got Everything Right 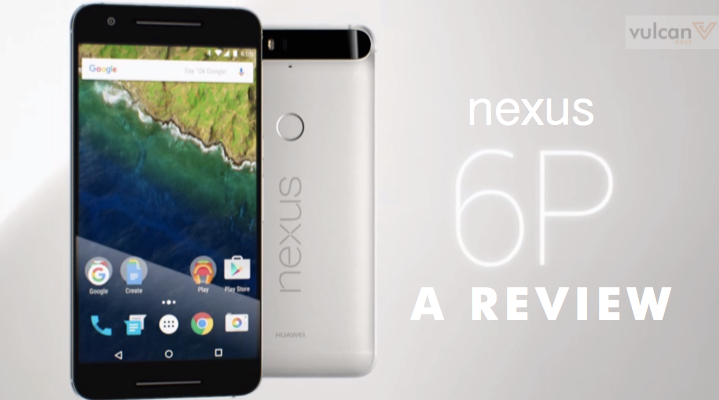 Not all Android phones are created equal.

While Android may be one of the biggest operating systems used today, only certain devices are lucky enough to be produced without the bloatware — like Google’s Nexus line, for instance. And its latest additions, specifically Huawei’s Nexus 6P, seems to be the best Android device available on the market today.

If that sounds like a lot to take in — especially given the existence of Samsung and HTC flagships, or even Xiaomis — it may be because it is.

For starters, the new Nexus 6P isn’t made by Google’s go-to maker, LG. Instead, Google took the double-device-launch strategy and introduced a mid-range (albeit powerful) Nexus 5X made by LG, while simultaneously debuting a more premium smartphone made (surprisingly) by Huawei. The brand was best known for making affordable, clunky-looking mobiles up until it launched its flagship, the Mate S. This was a stunning device that was as sleek as it was powerful, and it looks like it’s doing the same for the new Google flagship.

The Nexus 6P’s dark grey hue tempers the shiny sheen of anodised aluminum. This unfortunately means that it gets nicked quite easily, so a protective case might be needed. A light silver colour and a frost white option is also available.

Compared to its predecessor, the 6P’s frame has been reduced ever so slightly, but it makes a world of difference. It certainly isn’t as difficult to navigate with your thumb as the Nexus 6, and is pretty trim at 7.3mm.

All of the buttons on this phone has been placed on the side — exactly where your thumb would naturally rest. This is a feature that was somehow never incorporated on any other mobile device, making it a standout design feature for the Nexus 6P. At the back, the phone features the Nexus Imprint, its fingerprint scanner which works very efficiently, recognising up to 5 fingerprints and working even when the phone screen is switched off.

Very big, very sharp — crisp, bright and terrific contrast. All in all? A very impressive screen indeed. It makes the Nexus 6P a great portable gaming and multimedia device, and coupled with its impressive speakers, the audio-visual experience you get with the 6P is a satisfying one.

For the pure Android experience it offers, this is a great device. The 6P runs on Android’s latest Marshmallow OS, and is free from Huawei’s Emotion UI. It’s also powered by a 2GHz Snapdragon, 810 octa-core CPU with 3GB of DDR4 RAM.

Playing games, watching movies and listening to music on the device is great. Noticeably, piling on the open apps will warm the device quite a bit, but not enough to make you worry that your processor is on the brink of a complete meltdown.

One of the biggest complaints about the Nexus line is the camera — which hasn’t really been completely addressed with this premium iteration of the device. Still, noticeable improvements have been made. It now offers a 12.3 megapixel camera with a two-tone flash…but it isn’t a iPhone 6S camera or a Note5. That lagging issue with the camera caused by Android Lollipop has been sorted, thankfully. The UI is snappy and it’s definitely faster compared to other phones, especially under low light.

This was my main issue with the Nexus 5X. As great as it was, the affordability and power of the Nexus 5X came at a price — battery life.

The Nexus 6P packs a bigger battery — 3450mAh — which gives you a decent 10.5 hours with continuous use. Daily use such as emailing, texting, checking Facebook, occasional YouTube streaming and gaming will give you a reasonable day’s use out of the device.

Overall? The Nexus 6P is in the running to be one of the best Android phones you can get your hands on at the moment. It is undoubtedly a premium phone, and has finally stepped up to the plate in terms of specs and performance, giving Android fans a viable Android experience.

We had to know why this M’sian game was rated “overwhelmingly negative”, here’s our verdict