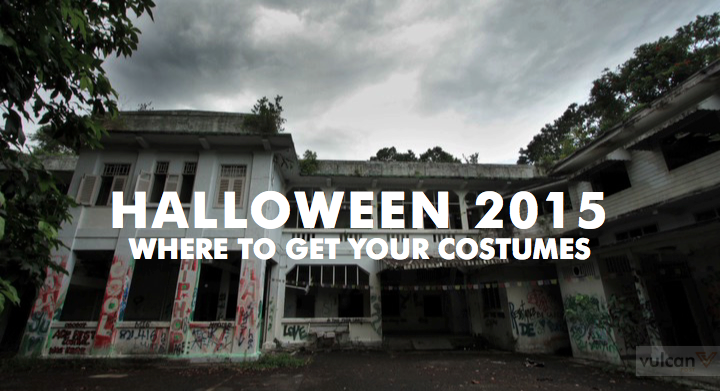 It seems like it was just a while ago when the Green Day jokes were made (really, Internet? It’s been a decade since the song was released), but now we’re almost at the end of October. Which means Halloween is almost here.

Last week, we made a list of Singaporean costumes you might want to consider getting dressed up in, but if DIY’s not really your thing, or if you simply prefer going to that party as a superhero complete with the appropriate headgear, these costume rental stores in Singapore might have what you’re looking for.

If you’re dressing up in the hopes of getting free entry into one of the Halloween parties around town, then you might not want to splash out too much — that’s going to defeat the purpose of the free entry anyway, right?

Costumes & Mascots has made a name for itself with its relatively cheaper range of costumes, which you can rent from $50 for three days — just long enough to tide you over the weekend.

This is the place to go if you’re hoping to go to trick-or-treating as a superhero. Their website showcases a wide range of Marvel/DC Comics superheroes, which come complete with the requisite headgear.

Even if you’re not a fan of comic book characters, you’ll be able to browse through the other stuff — like animal and mascot suits. Costume City also offers costumes in kids’ sizes, if that’s something you’re looking for.

Halloween parties can get a little boring and repetitive, especially if your friends are the type who stick to the same old get-up every year. To up your game, you might want to arrive as one of the characters in a recent movie — the premium section on Costume ‘N’ Parties’ website seems to offer a pretty impressive range.

That said, while a full on Chewbacca suit might make you appear super updated (the latest Star Wars film isn’t even out yet!), it might be a good idea to be considerate to your other party-goers; you’re going to be sweating buckets in there, and no one will appreciate that.

This is why there should be no reason at all for any party-goer to say that they didn’t manage to rent a costume. Customade Costume and Merchandise houses over 50,000 costumes and thousands more accessories, which makes it one of the largest costume rental shops in Singapore. If you can’t find what you want here, you probably have to think about making it yourself.

One service it offers, in particular, is allowing customers to design their own costumes and sending them in to be created. It might be too late to do so now — it takes a few weeks at least for a made-to-measure costume to be completed — but you might want to bookmark this for future reference.

I honestly don’t know why a costume store would have to pride itself on the fact that it cleans its costumes after each rental — rather than it being a given — but if hygiene is something that ranks highly on your list, then this costume rental shop is definitely the one for you, I guess?

Masquerade also calls itself “The biggest and oldest costume shop in town”, so if anything, you can be sure to find something you like there.

This list is by no means exhaustive — there are a lot of smaller costume shops around the island. But if you can’t find one you like, or just don’t see the need to fork out nearly $100 for a costume for just one night, make your own! Most of those on our list of suggestions only require items you probably already have at home.